With more people being afraid of online snooping and privacy invasions especially after the NSA leaks and the amount of Internet information being scanned and invaded, a secured VPN may be a good way to add a little bit of privacy and protection from being snooped on.  It also has many other benefits as well such as ducking around ISP restrictions or country region locks on content as well as allows you to access sites and content that may otherwise be blocked by filters or firewall rules.

VPN4ALL is now more secure and faster than ever! The folks at VPN4ALL have turbocharged it with even stronger encryption protocols, Deep Packet Inspection (DPI) Shield, numerous server security enhancements, and 10GB ports in 80 locations worldwide. All information in your Client Area is protected with 256bit SSL encryption.

With faster servers, including those in P2P-friendly locations, a VPN client loaded with new features to automatically change your IP, bypass Deep Packet Inspection and avoid restrictive firewalls, ability to install and use VPN4ALL on all your electronic devices, VPN4ALL gets better and better.

VPN4All servers are placed in p2p-friendly locations and are connected to high-speed channels (up to 10 Gbps) from the world’s largest datacenters.  If you live Internationally you can use VPN4All to unblock Hulu, Netflix, BBC iPlayer, M6, TF1 and other country-restricted IPTV and online radio services as well as visit any online site coming from a source anywhere else in the world by choosing the VPN server to connect to in the geographic region you want to appear to be coming from.

Do you do P2P sharing, VPN4All services will completely anonymize you and make it so you can’t be tied back as the source of any uploads or downloads of torrents and other P2P files.  There are 24 P2P Friendly servers and as mentioned with 10Gbps high speed channels you won’t suffer from any ISP throttling. 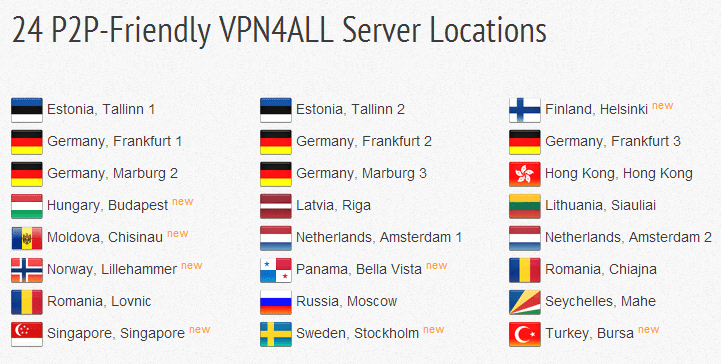 VPN4ALL supports mobile VPN Encryption and Privacy for Android, iOS, as well as Desktop VPN protection for PC and Mac, they do not have Linux support at this time so no Ubuntu client for example.

After you sign up and download the VPN client you install it and after the installation and registration it has you select which VPN server to connect to.  It clearly notes which ones are for P2P and which aren’t. 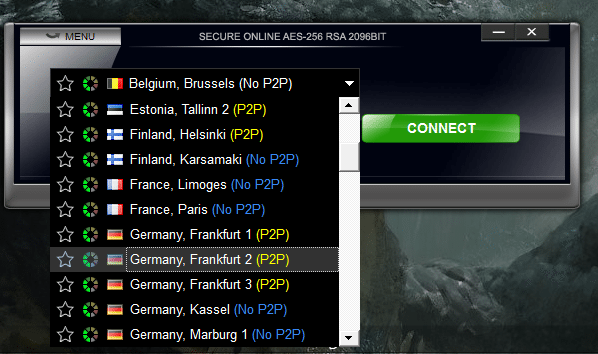 You could also go into the menu options and have it select the fastest server by default and auto connect. 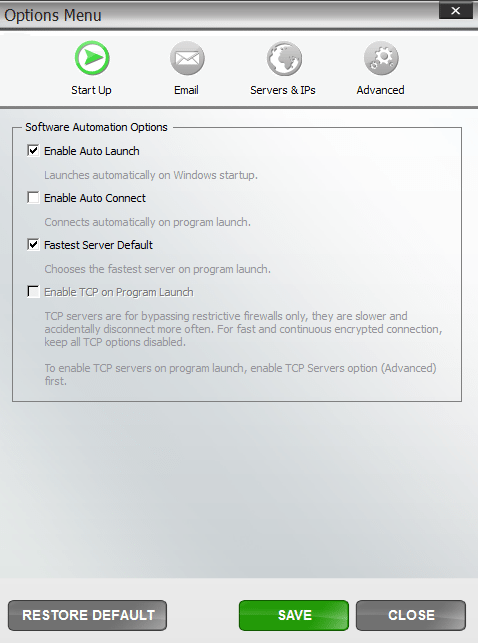 I originally had some trouble with my Windows 8 64bit getting connection to the VPN servers but a quick ticket to support had them walking me through the 64bit TAP Network Adapter drivers and I was up and connected in less than an hour.

As you can see it shows you what your current IP is from your ISP and what your new IP is that is provided from the VPN service.  All public sources will record your VPN IP and not your true ISP provided IP address as long as you are going through the VPN proxy.

I wanted to see how fast my connection would be from various servers with SpeedTest.net and found that the speed going through the VPN was very close to my rated ISP download speed and only about 30% reduced upload speed through the VPN proxy. 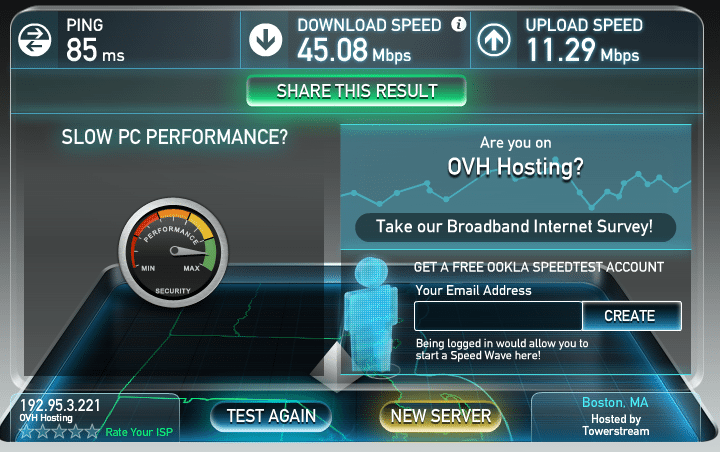 I also showed that my IP was confirming from all public locations that it was the IP provided by VPN4All and not my broadband IP from my Cox Internet Service.  I tested everything I normally do through the proxy including playing online games like Guild Wars 2 and found that there were no noticeable performance differences or impact to any online applications that I used through the VPN4All proxy servers that I tested at all.

Based on my initial testing of running on the proxy for 8 hours and doing several different activities, I can say that the VPN service provides decent speed and stability at least in the duration of time that I tested.  They have so many servers to choose from and actually have a great status site that shows you the capacity and usage of their servers.  So you just go to your client area login, click on support and look at network status. 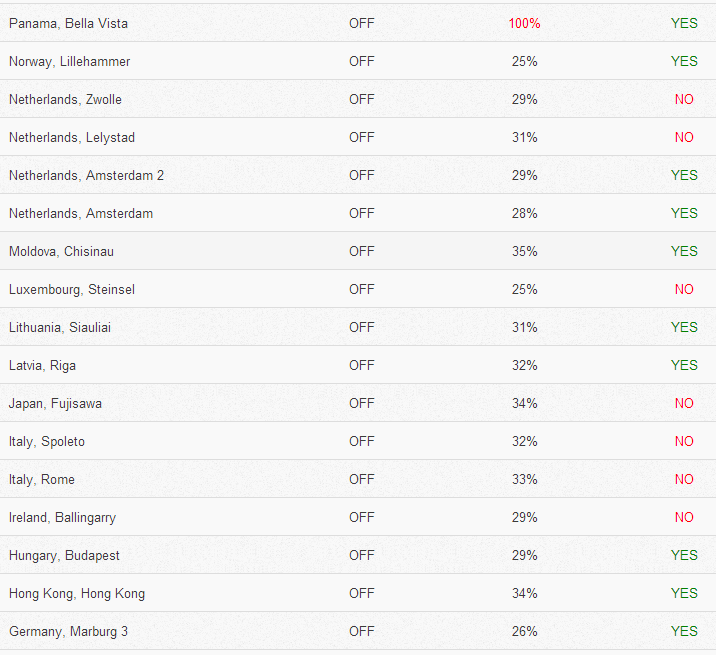 Pick the servers that have low utilization and connect with those servers to help ensure you will have the lowest latency and least chance of having any performance issues.

Bottom line, if you are needing a secure VPN service whether it is because you want to remain anonymous online or you want to access content that is blocked in your region, you should give VPN4All a test as I think it should work very well for you.  They have 3 plans to choose from including a 50GB/per month plan for $9.95 per month to an unlimited bandwidth plan for $16.95 per month. If you need a mobile only plan they have a $5.95 per month plan for 5GB which is a good fit for mobile devices.

Remember, all plans include:

Disclaimer:  VPN4All provided me with access to the service and a subscription account so that I could test and do a proper review of the service.  All opinions expressed are 100% mine and mine alone.