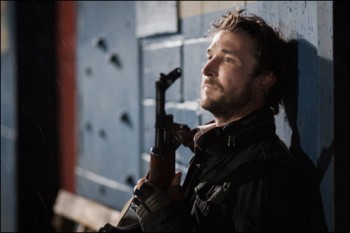 After getting over my gut telling me not to watch the series premiere of TNT’s new drama, “Falling Skies,” I was left with an immediate assessment of this: I should have listened to my gut.

This new series, by executive producer Steven Spielberg, “Falling Skies” has features reminiscent mixings of “War of the Worlds,” meets “Walking Dead.” The series stars former ER star Noah Wylie, as history professor Tom Mason, who uses his knowledge of historic past wars and events to steer the flock of the last human survivors. He has three sons, one captured and the other two with are with him. Mason in troop Massachusetts lead by Weaver (Will Patton), a former desert storm war veteran–their goal is to first survive then ultimately, defeat their impending alien invaders. There is a little conflict there on how Weaver manages their band of survivors. 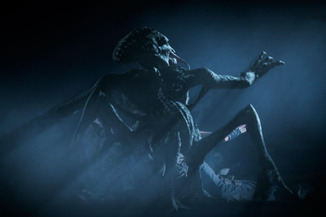 The two-hour premiere featured fancy special effect and introduced us to some uniquely interesting aliens races – Mechs and Skitters. We didn’t get to see the actual alien invasion occur, though, we got what happened afterwards.

Now, after getting over the inconceivable:  aliens with a geared focus for human extermination, wanted to reach out and kill us all–they wouldn’t have a problem to be successful at this–and without hesitation. The total impossibility that a seriously advanced form of alien lifeforms, wielding unimaginable technology–are matched up against machine guns and Molontolv cocktails, and losing confrontational battles–were considered comparable to mankind’s better match of arms? If I have learned anything from watching Sigourney Weaver’s Aliens and Arnold Schwarz-the-person in Predator–these “survivors” shouldn’t have had a chance in hell to survive . What happened to the invading aliens being able to use heat seeking technology? Cloaking devices? What of these humans running around and looking as if they all just had a bad day at work–none of them were sweaty or filthy? There were barely injured! Where is the mud to hide their heat signatures? I am sure that any Predator would have picked them off easily, one-by-one.

The aliens Lt. Ripley had to defeat definitely did not leave her and her crew much time to recoup and catch up on their sleep. Why were the aliens walking about during the day? Aren’t they supposed to be afraid of the sunlight? Oh wait, that’s vampires. Anyway, isn’t it tactical, to “not” be seen during the day–these people just walking around, in massive groups, like they are at summer camp.

It completely bothered me that they could easily “migrate” in broad daylight to their next stronghold–without being ambushed–did not sit well with me. The humans were a noisy bunch–clunky. It completely annoyed me that these supremely intelligent alien creatures could 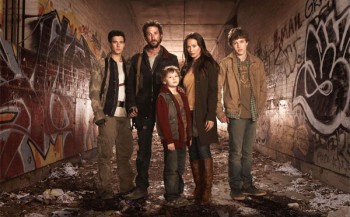 not have rounded all these people up, like in “War of the Worlds,” and sent them onward to their demise.

In this post-apocalyptic disbelief of a drama, it only succeeded with the visual cinematics and CG visuals of the actual aliens and their weaponry. Other than that, the story–implementing human elements into the series was endearing, and only angered me. The survivors had entirely too much time on their hands, sifting through the vacated houses, sleeping, complaining about survival tactics and battle plans, and talking about their ‘perfect’ lives “before” the invasion. Look around fools! There are aliens out there! No time to draw pictures of your family (how did this kid even get crayons?) I wanted them to suffer by being in a constant hustle for survival. Producers, here’s a hint: please consider the undermining element for alien invasions never allowing human survivors much time for rest. Where is the destruction? Many of the homes were left intact! Please reference the Terminator and 2005’s War of The Worlds–neighborhoods were destroyed!

Falling Skies was also cumbersome, in that it had a “big movie” appeal–on the small screen. If it weren’t for my fascinations to just hang on to see these alien freaks, I would’ve immediately lost interest in the goings on between the human characters.

Overall, the series is a miss. Mostly because of the inconceivable–aliens that are so careless as to let humans run around, playing lacrosse on the lawns of the informally misplaced inhabitants just ruined it for me. I craved the constant screams and the ever looming fear that emanated, due to the slim chances of survival. What I got, instead, was extreme plot predictability, and a prettied up sci-fi’d example of a Glee episode.