The build up and anticipation of this movie was staggering. This biggest even of the summer. A must see. So, I am my lovely wife went to see it. Here is what I thought of the movie.

I liked it. It was a well done film in which Brad Pitt played the lead role. A man who reluctantly left his family behind to try and figure out what was going on when no one else could. 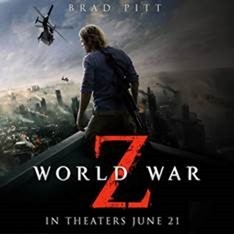 There was great explosive action scenes and edge of the seat moments, and as I said, I did like the movie, but I had only one problem with it. Like so many movies of it’s kind, it changed the nature of the beast once again. Example. At one time Vampires could only come out at night, and they could only become a vampire if turned into one by being bitten. Now, they can walk around in broad daylight, but some of them sparkle.

It is the same way with Zombies. we had the first ones that walked slowly and ate everything to now having zombies that are faster that normal humans, and they can talk. I know that it is all done to make the film more entertaining, but it is rewriting the very nature of a thing and making it something that it was not before without telling us why.

Ok, so I will step down from that soap box and continue. There were several things about this movie that I did enjoy, even if they were laid out kind of obviously. Small things are important. When you want to learn something about a new disease or outbreak, keep an eye on the seemingly unimportant events that are associated with what is going on. Not only will you learn valuable information, but you may live to share it with others.

Use your head. When entering into a potentially bad situation, stay calm and watch your surroundings. Sometimes you may have to make decisions that aren’t popular, but at least you will stay alive, and maybe keep others alive around you.

And lastly, Don’t think that you are safe just because someone says you are. When your in a dangerous situation, you need to stay alert to all possible threats, and not assume your defenses are enough. This is especially true when dealing with dead people walking around trying to eat everyone. 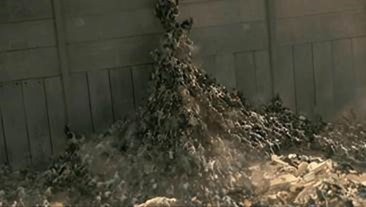 Those last three paragraphs may not make sense to you right now, but when you see the movie, you will understand. World War Z may not be the typical Zombie movie, however, taken apart from every other movie of it’s kind, it was a thoroughly entertaining film. The acting was superb and the premise of the movie was believable. I believe that anyone who goes to watch this film will not be disappointed by it.