Revolution, the newest brainchild of J.J. Abrams, is going to change up how we think a post-apocalyptic show should be.  In this new science fiction drama show for NBC, something caused electricity to stop working.  Something we have lived with and been almost completely dependent on for over 100 years is simply gone, and we have to learn to work without it to survive. 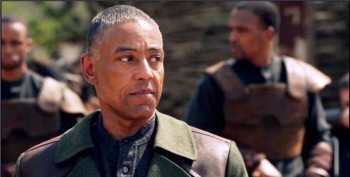 The show will being fifteen years after this phenomenon with most areas ruled by warlords and militias since a central government can no longer work.  The series is going to focus on one family, the Matheson’s, who have an item that might not only explain why the power went out around the world, but also could hold the key to reigniting it.  Unfortunately such an item is extremely valuable so the family must elude all groups that want to posses such a thing for themselves.  For those who stand the most to lose if the world regained the ability to flourish without them, they are the most dangerous.

Revolving around Charlie Matheson, a strong-willed young woman, and her brother Danny, Revolution looks to have some interesting twists.  Charlie must reconnect with her estranged uncle Miles, a former U.S. Marine who is now living a hermetic life, in order to save Danny when a local militia leader kidnaps him.  The pair join forces with some other survivors in an attempt to rescue Danny, overthrow the militia, and just maybe re-establish the USA.  This journey will also allow them to explore what has happened to the world, and possibly, why the power failed to begin with.  Of course, there is also the question of if they will be able to return from this expedition. 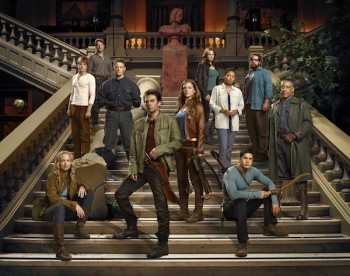 Revolution has some big names coming to the screen, both from big and small areas.  Tracy Spiridakos from Being Human will assume the role of Charlie, while Memphis Beat’s Graham Rogers will play Danny.  Billy Burke, Bella’s father from the Twilight Saga, is the estrange uncle Charlie must make amends with.  Others from movies such as The Blind Side and Iron man will star in this series and what J.J. Abrams show would be complete without a Lost cast member?  Elizabeth Mitchell will take on the role of Rachel Matheson.

So tune in Monday September 17 at 10 pm to see this new series take off.  From the previews, it looks to be interesting to say the least.  My only concern is they will create an awesome world with all kinds of twists and turns and give it an ending like Lost received.  I hope that doesn’t happen and will be watching to find out.