The guys at Trion don’t mind walking in the footsteps of WoW and those who haven’t played Rift before, should rejoice. It is now possible to explore the wondrous world of Telara for free and although the ride ends abruptly when you reach level 20, it is still worth joining the action. There are many similarities to World of Warcraft, but while some people regard it as a clone of this celebrated MMORPG, it is definitely not a cheap rip off. 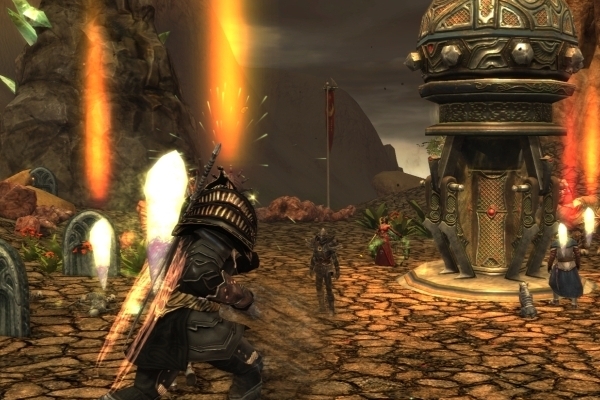 From the very beginning players realize that developers tried to compensate the lack or originality in terms of gameplay and mechanics, with an intricate character selection. While there are just four types of characters to choose from, you are provided from the start with three souls. These can be combined and empower you to try different play styles and as you level up, you receive additional souls, up to a total of nine.

Depending on the class you choose, you will gain access to different souls, which means that there are still restrictions despite the versatility. The benefit of combining souls becomes obvious in battlegrounds, where you can offset the effects of joining an inconsistent team. Questing is not very fun during the first levels and their repetitive nature can wear your down pretty fast, but the areas that you have to explore while questing, are amazing. 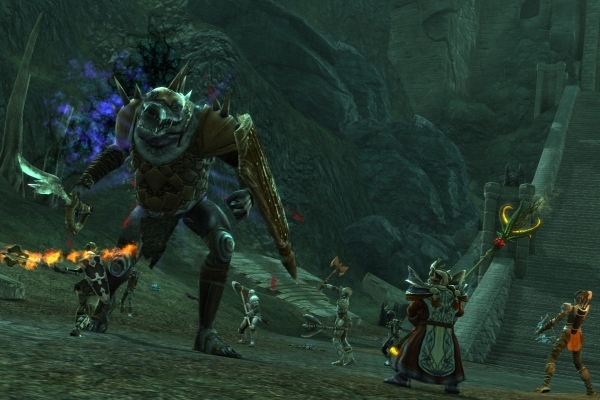 There are two factions that you can join and a common enemy that everyone fights, depicted by the hordes of monsters crossing over to Telara from the Plane of Death. They use rifts to infiltrate the world and for as long as the rifts stay open, they will pour in and destroy everything. Players need to work together to close them, and cooperation is vital, because individually you can’t do anything against the swarm of demons.

The story is well written and makes leveling up a pleasure, but knowing that you won’t find out how it unfolds beyond level 20 is frustrating. Obviously one should pay for subscription if he is really passionate about Rift, but most of those who start playing do it because they are attracted by the freebie. Instances are not very difficult and it’s more difficult to raise a group than it is in World of Warcraft, but the action itself is intense and engrossing. 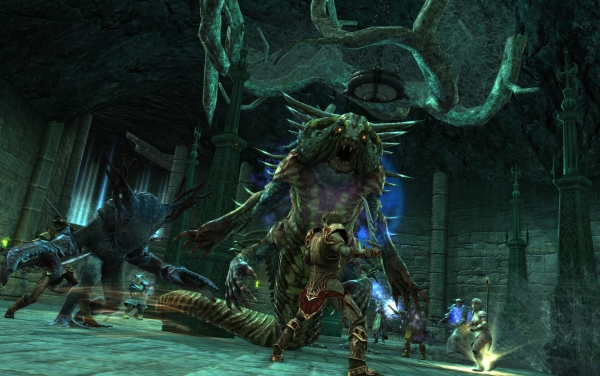 The voyage is in this case just as important as the destination, so instead of complaining that level 20 equals the end of free entertainment, we should enjoy the ride. After all, Tiron grants us a glimpse into a world worth exploring and those who fall in love with Rift, will not mind paying a subscription fee. I will probably end my journey here for now, but I don’t dismiss the chance of returning to Telara in a not so distant future.

Meanwhile I award it with 3.5 stars out of 5 and encourage you to give it a try. The least you should do it to check out the trailer below.