As millions of people now use the internet on a daily it seems browser choice is becoming a regular topic in online conversation. At one point in time it almost seemed as if no other firm would be able to compete with the ever powerful Microsoft Corporation, however recent years statistics have shown otherwise. It now seems that there is almost fair share of usage between the 3 major browsers on the web. Mozilla Firefox and Google Chrome seem to have been more favorable as users see more diversity and functionality in these browsers. The truth is Microsoft needed something to fight back, and they might be hoping to do this with IE 10. 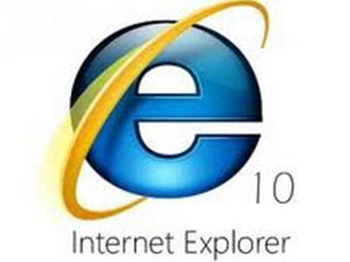 With that in mind it seems that through the number of demonstrations already in place, Microsoft are really trying to master this product before its initial release, which is expected with their latest operating system Windows 8.

With Windows 8 said to be a product with compatibility like no other, it seems Microsoft have attempted to follow this with the IE 10 browser. Internet Explorers tenth edition is said to be the first major browser to be developed for entire platform compatibility allowing people to use on their Desktop PCs, Smartphone and Tablet PCs. This has been ensured through touch friendly technologies that have been incorporated to the product.

Security has been one of the most talked about topics in the browser world recently. With Google holding competitions offering healthy cash prizes to those who can hack their systems, Microsoft must try to keep up to ensure users that their product is not only good, but secure.

Microsoft has implemented a new and enhanced sandboxing technique. This takes any type of script running on the browser and moves it to its own low privilege process. This seriously limits the permissions of the code, and in most cases does not allow it to write to anywhere but the web browser, meaning your file system is safe and secure. Some attacks were able to previously exploit this system through their file read access, so IE 10 will also completely remove the rights to seriously enhance the Browser’s security.

There has been a lot of talk about Microsoft’s Internet Explorer 10 include or excluding plug-ins. In reality we will not know until its final release however either decision can be beneficial. By allowing users to install plug-ins on their IE 10 system they will have additional customization features and in some cases functionality. The ability to customize a web browser is something that has been heavily used in the popular browser Firefox.

By disabling plug-ins inside IE 10, Microsoft are able to provide extra security and peace at mind as some browser plug-ins have been used to maliciously gain access to a host system. With both sides of the argument on the table it is even possible that Microsoft will release different version offer either solution.

Firefox, Chrome and various other Browsers are on the rise so an effective release of both Windows 8 and Internet Explorer could be what Microsoft needs to put them back at that all important market leader spot.