Skip to content
I review a lot of mice, but this is my first time reviewing a 12 button MMO Gaming mouse and I have to say after using it for a few months it is now the primary mouse I use.  Rytaki contacted us and wanted us to review their MMO Gaming mouse and I was more than happy to put it up against other gaming mice I have reviewed in the past.  The 12 thumb button isn’t unique among MMO gaming mouse but I wanted to try one out for myself to see if you really can use that many buttons effectively while gaming.

Here is a closer picture of the Rytaki R6 box. 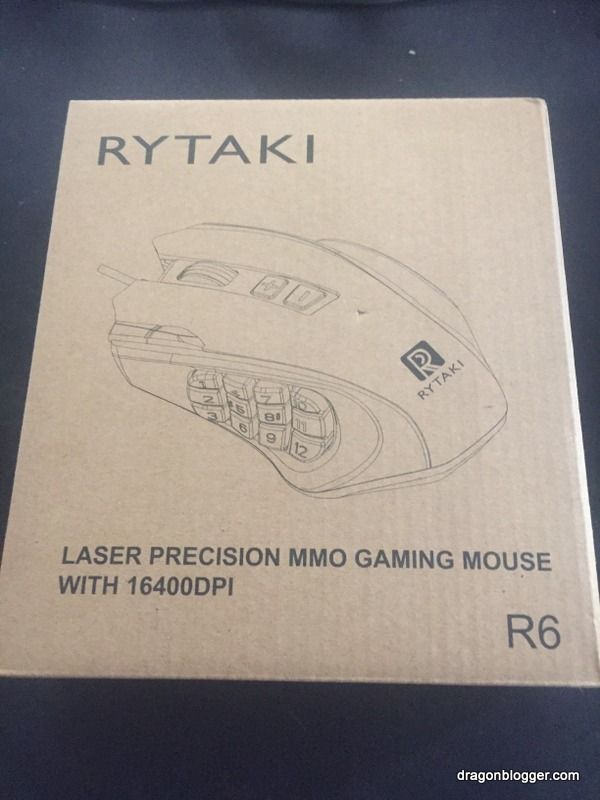 Feature wise you should know the Rytaki R6 has a total of 19 programmable buttons, 12 of which are the thumb buttons as noted, but there are also 2 index finger buttons to the left of the LMB and they are pretty useful to have as well.  It sports 6 DPI settings which you can configure from between  50-16400DPI. This gaming mouse also comes with adjustable weights so you can adjust the feel of the mouse to your liking.  The combination of buttons, macro options, LED light, DPI and weights make this among the most versatile mice I have ever used.

The first thing I am going to show you as it is the primary feature of the Gaming Mouse is the 12 buttons, I have used these for several weeks now and the good thing about the thumb buttons on the Rytaki R6 MMO Gaming mouse is that you can’t accidentally click them just by having your thumb rest against them.  When initially starting out and honestly even several weeks later testing with my thumb, I can hit buttons 1 – 6 and buttons 10, 11, 12 easy, but buttons 7,8,9 are almost impossible to train my thumb to hit quickly.  If I move slow I can kind of mentally count and feel the dot with the point of my thumb but recovering and moving my thumb back to it’s original position is hard. The Rytaki R6 it is designed so tip of your thumb hits first 6 buttons and the lower part of your thumb just past your thumb knuckle hits last 6 buttons. It is odd and not natural at first, but the more I hold my thumb on the mouse, the more my thumb got used to the little buttons and learning the placement of them. 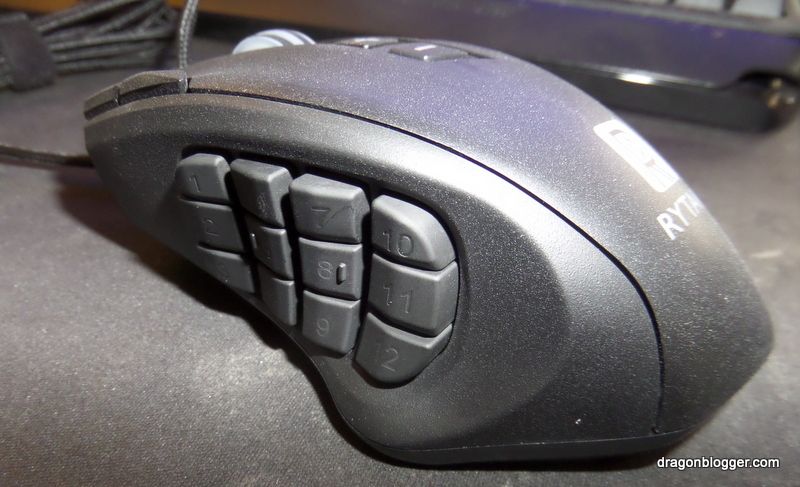 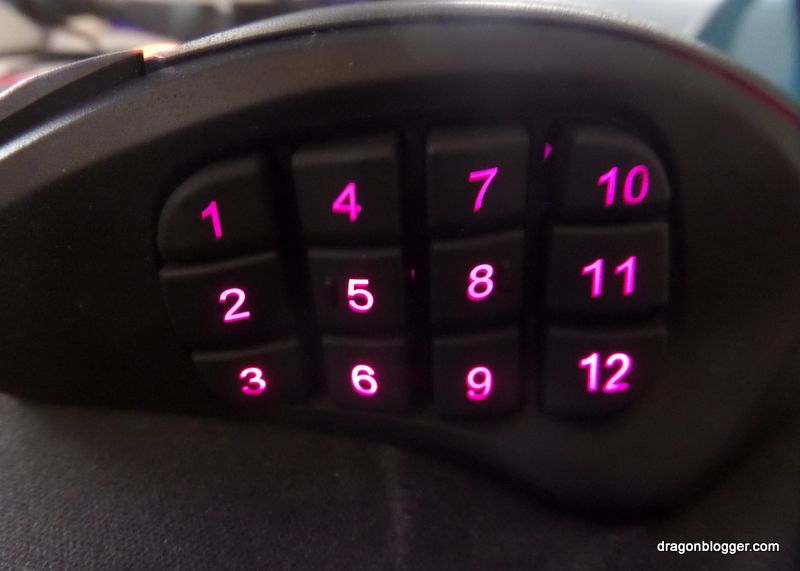 The mouse itself is covered in a textured plastic, so your fingers and hands don’t slide, though I don’t typically get sweaty hands I am sure this helps if your hands get slick.  The mouse is a good size for my hand, though I wish it had either a wing tip for the pinky or extended a tad on the pinky side as my pinky rests against the mouse mat and drags a bit.

The weights are a fantastic feature and I have reviewed many mice that don’t have weights, the mouse by itself is fairly light and some gaming mice I can shove in all weights and they still are light but this mouse I found the right number of weights for me was placing 5 in the mouse.  The last 3 made the mouse too heavy for my liking, but I love that I can get that specific and you would think weight doesn’t make that much of a difference but it does when playing games like Elite: Dangerous and games like Fortnight and PlayerUnknown’s Battlegrounds.

There is software that comes with the Rytaki R6 Gaming mouse and it either comes on the disk or you have to download the Rytaki R6 software so you can customize your mouse.

If there was one thing I would improve upon it would be the cord, it is a bit thin and standard braided cable, it should be thicker and or plastic coated braid, as it crimps pretty easily and it gets snagged on objects on the desk like the keyboard that it sits next to.  I would have loved to see a wireless version of this mouse if possible at some point.

The Rytaki R6 Gaming Mouse is one of the best mice I have ever used for gaming, though it it does have less of an LED lightshow than some other gaming mice I don’t personally care about the colorization the LED light compared to the features.  The extra thumb and index finger buttons are fantastic, the scroll wheel is solid and the weights allow me to customize it for the most comfortable feel when sliding it across my mouse mat.