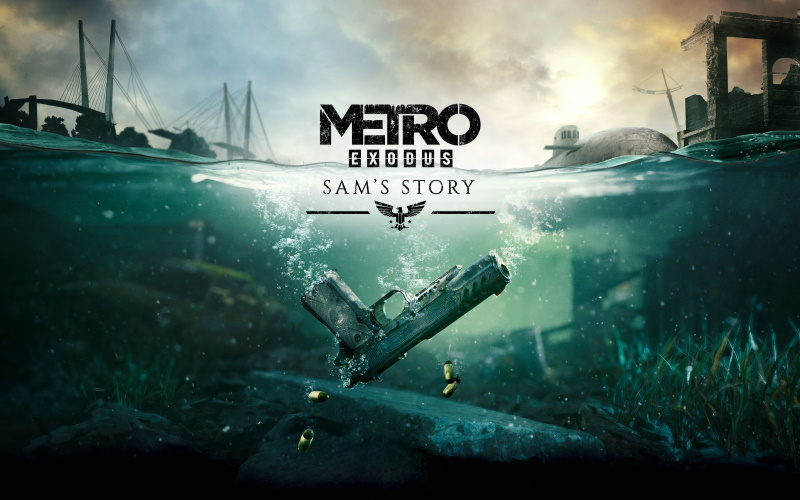 Sam’s Story follows former U.S. Marine Sam, a Spartan Ranger who has worked under Colonel Miller since the nuclear war devastated Moscow, and followed Artyom in search of a world outside of the Metro.  Sam had long dreamed of returning to his homeland, and perhaps even finding his father alive. The prospect seemed impossible in the darkened tunnels of the Metro, but when the Spartans discovered that Moscow was not the only city left alive after the war, holding out hope didn’t feel so foolish anymore.

Sam, determined to find a way back to the U.S., departed from the Aurora to make his way through Vladivostok’s tsunami-ravaged harbours, ruined industrial buildings, and crumbling residential districts. However, to complete his journey, Sam will discover that he needs every tactic he has learned so far to survive, as his surroundings prove to be far trickier than expected.

In this expansive ‘sandbox survival’ level, players will experience another gripping storyline featuring new characters, weapons, and mutant variants in a huge, non-linear environment that offers hours of gameplay.

Sam’s Story will be available to purchase on Feb 11, 2020 on Xbox One, PlayStation 4, PC and Stadia – links will be available from launch at https://www.metrothegame.com/buynow. It is included in the Metro Exodus Expansion Pass, which also entitles holders to the acclaimed DLC, The Two Colonels, which was released in August 2019. 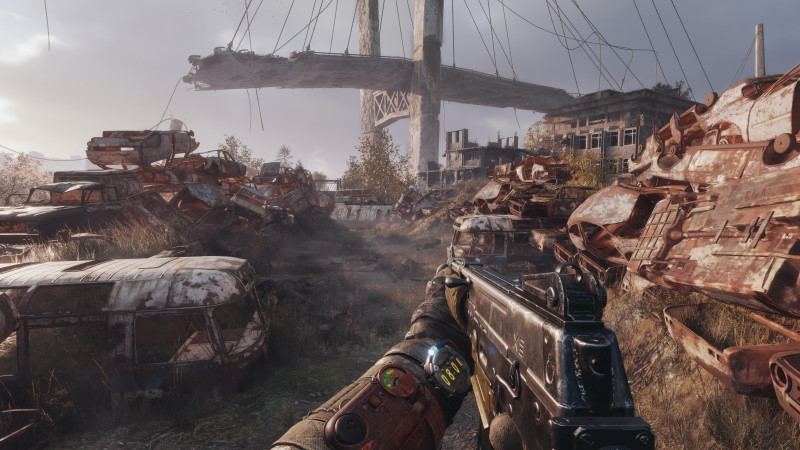 Koch Media is a leading producer and distributor of digital entertainment products (software, games and films). The company’s own publishing activities, marketing and distribution extend throughout Europe and the USA. The Koch Media group has more than 20 years of experience in the digital media business, and has risen to become the number one distributor in Europe. It has also formed strategic alliances with numerous games and software publishers: Bethesda, Capcom, Kaspersky Labs, NC SOFT, Sega, Square Enix and Tecmo-Koei, etc. in various European countries. With Headquarters in Planegg near Munich/Germany, Koch Media owns branches in Germany, England, France, Austria, Switzerland, Italy, Spain, the Nordic regions, Benelux and the United States.

4A Games is a multicultural, multinational video game development studio with offices in both Malta and Ukraine – known for its atmospheric first-person shooters Metro 2033, Metro: Last Light, and Metro Redux.

Established in Kiev, Ukraine in 2005, the studio was founded by a passionate team of game industry veterans with the goal of creating AAA-quality games for current gaming PCs and then “next-gen” game consoles. In 2014, the studio moved its headquarters – along with more than 50 team members and their families — from Ukraine to the island of Malta.

Currently at the heart of the company are over 100 talented designers, programmers, artists, effects specialists, and writers from all over the world with a diverse and unique set of backgrounds – bringing countless years of experience in software development and computer games in particular. To learn more, please visit www.4A-Games.com

Dmitry Glukhovsky is the author of the internationally best-selling series of Metro novels and creator of the expanded Metro universe which includes the video games by 4A Games.

Born in Moscow, Glukhovsky has also lived in Israel, Germany and France and is fluent in English, German, Spanish, French, Hebrew and Russian. He released his debut novel Metro 2033 online as a free-to-read in 2002, and since then the series has grown to become a multi-author franchise in which professional authors and fans alike from across the world have been writing their own stories set in the post-apocalyptic world of Metro.

Metro Exodus continues the storyline as told in the games Metro 2033 and Metro: Last Light, and interweaves with the wider Metro saga contained in Dmitry’s novels, Metro 2033, Metro 2034 and Metro 2035. The storyline of Metro Exodus was co-developed in close collaboration with Dmitry to bring Metro fans the next chapter in Artyom’s adventures.