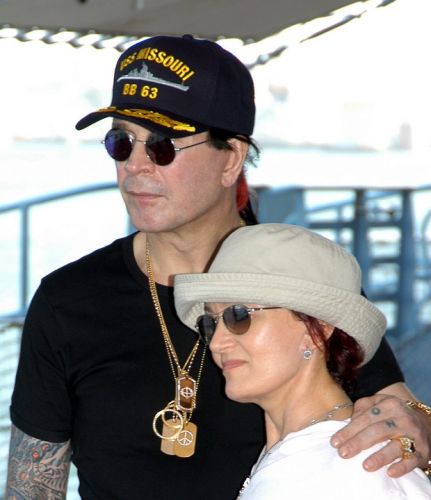 Ozzy Osbourne recently opened up about his struggles with Parkinson’s disease, which reminded us that the Black Sabbath frontman was in fact 75 years old and made us reflect on his long and eventful life. The Birmingham-born musician is a certified cultural legend, not only rising to fame for having allegedly bitten the head off a bat on tour, but also for having created something of a family dynasty. The Prince of Darkness has not only graced us with several albums of classics, and one-liners galore, but has popped up onscreen in several movies. So, where can we expect to see or hear The Prince of Darkness in all his cinematic glory?

Ozzy as a Fairy

Ozzy Osbourne was still a cultural necessity in 2001, long before the likes of Billie Eilish came along to gross us out and show us the grungier side of rock and metal. So, it’s only fitting that director Baz Luhrmann convinced Osbourne to lend his voice to one of the most surreal films of the early 21st Century: Moulin Rouge. While many remember Kylie Minogue’s role in the Ewan MacGregor/Nicole Kidman love story, Ozzy actually voiced the Green Fairy, who appeared to MacGregor’s character after drinking absinthe. The film used the juxtaposition of Minogue and Osbourne to represent how the absinthe was affecting MacGregor – and the scene holds up just as well today as it did in 2001.

Ozzy as a Fawn

Ten years later, Osbourne lent his voice to a different kind of film. Gnomeo and Juliet was Touchstone Pictures’ animated attempt at Shakespeare. The flick featured a host of British voice talent, who kept the film buoyant despite the half-baked plot. One such voiceover was performed by Ozzy Osbourne. The character? A fawn, one of the antagonists of the film from the Capulet side. Osbourne reprised this role in 2018 for Sherlock Gnomes, a sequel of sorts, featuring the gnomes spoofing the classic British detective Sherlock Holmes. Osbourne has appeared in a few animated films, many wildly different from how he is usually represented.

The bulk of Ozzy’s filmography features him as himself. He cameoed in the Austin Powers film Goldmember in the skit where the satellite looks like… a pair of melons, in which he breaks the fourth wall. He also appeared in the 2016 remake of Ghostbusters in the scene at the heavy metal gig. Most of his appearances as himself reference something that made him a cultural icon. But his cultural significance isn’t confined to the silver screen. He is also available in game form. When it comes to online slots, for example, there are hundreds of games to choose from, so it makes sense that one of them will be dedicated to the heavy metal legend himself, Ozzy Osbourne. The video slot game features graphic and audio references to the Prince of Darkness.

Ozzy Osbourne is one of the most influential and important British exports. The fact that his persona and presence have superseded his music allows the Prince of Darkness to remain a figure of cultural importance. This equates to him being cast in films for cameos as himself, cast for his voiceover talents, or being used as the face of an online game.