As a gamer and for all fellow gamers, we are bombarded with promises of upgrades will change our lives, and for the most part they don’t do much.  SSD’s and memory do help tons, but one of the things that get us as gamers are video cards, but they are ALWAYS so expensive.  Today I have the pleasure of bringing you my review of the Sapphire Radeon NITRO+ RX 480 8GB GDDR OC 11260-01-20G. 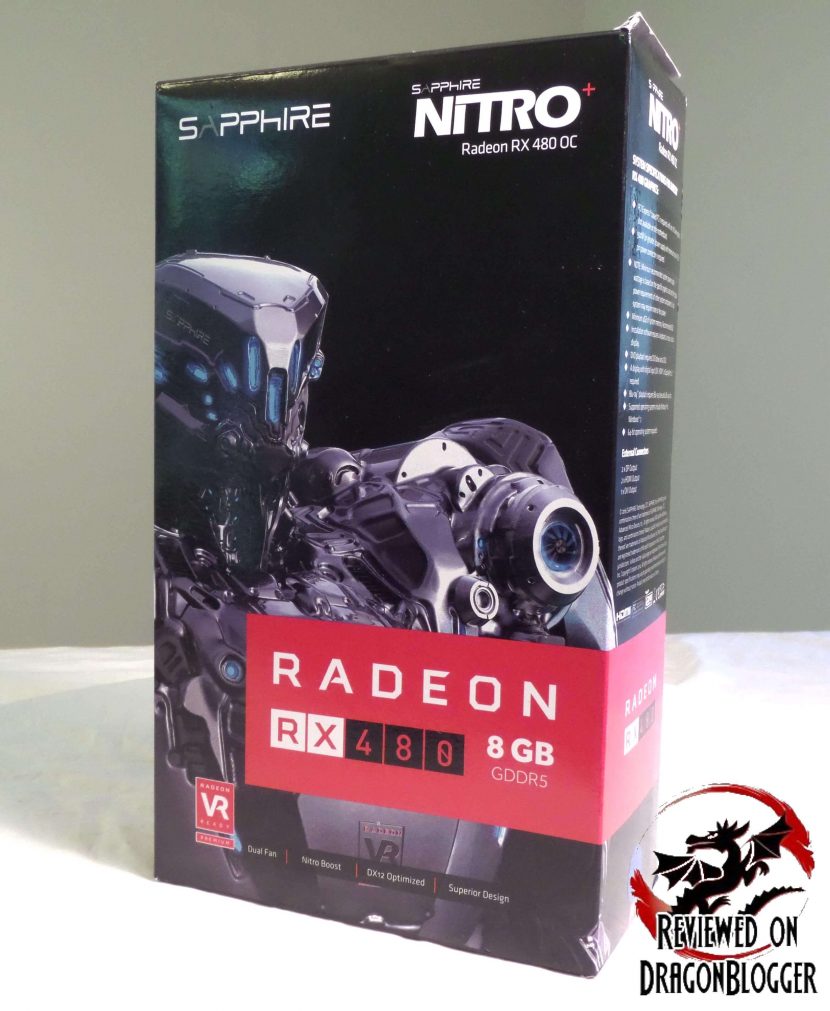 Ohh…. I know,… I want to tear it open too, but let’s check out the specs first.

I know, I fell asleep too while I was typing it, too much info.  OK, let’s get into an unboxing and open this Sapphire Radeon NITRO+ RX480 8GB GDDR5 OC box up. 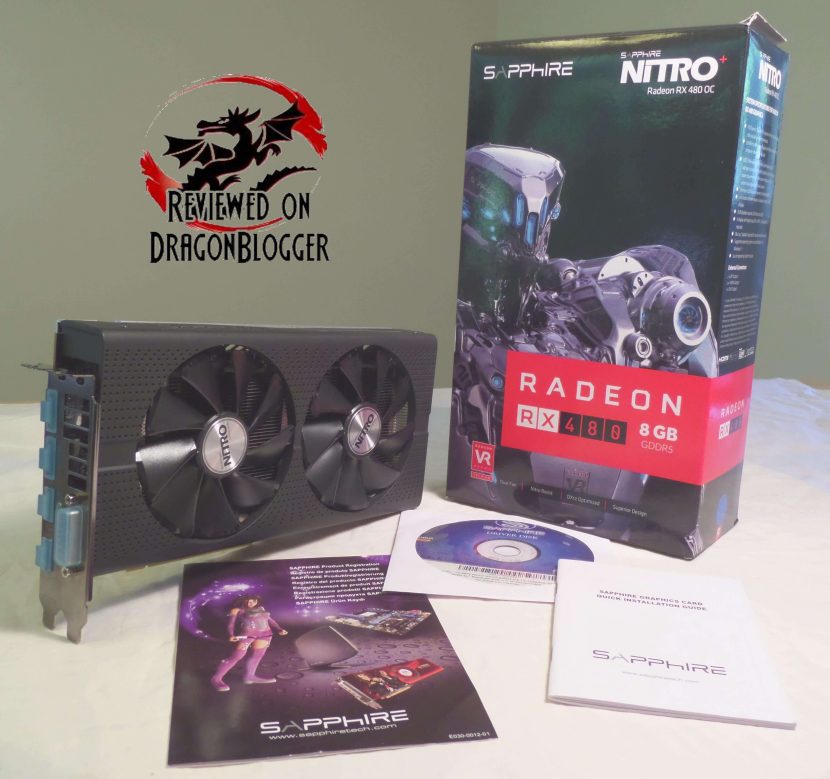 So yeah, you can hook up to 5 monitors, what kind of ports though? 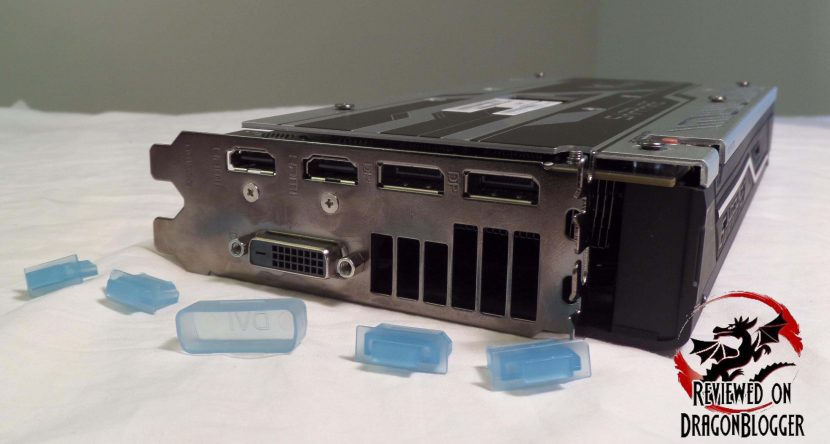 As I mentioned in the long list of specs and features, we can connect 2 x Display Ports, 2 x HDMI ports and a single lonely DVI-D port.  Before you make fun of the DVI-D port, I still have a 27in monitor that has one, and yes it is an LED and it works fine, so there is no reason to get rid of it.  Thankfully they still keep that port there as well as provide a host of other ports to make your investments still worth it.

Another thing this does is that it allows you to not have to use adapters to connect monitors.  As you saw in the unboxing, Sapphire does not include any cables or adapters, so you have to fend for yourself on these.

Looking around the card, we find the “LED Mode Switch/V BIOS Switch” 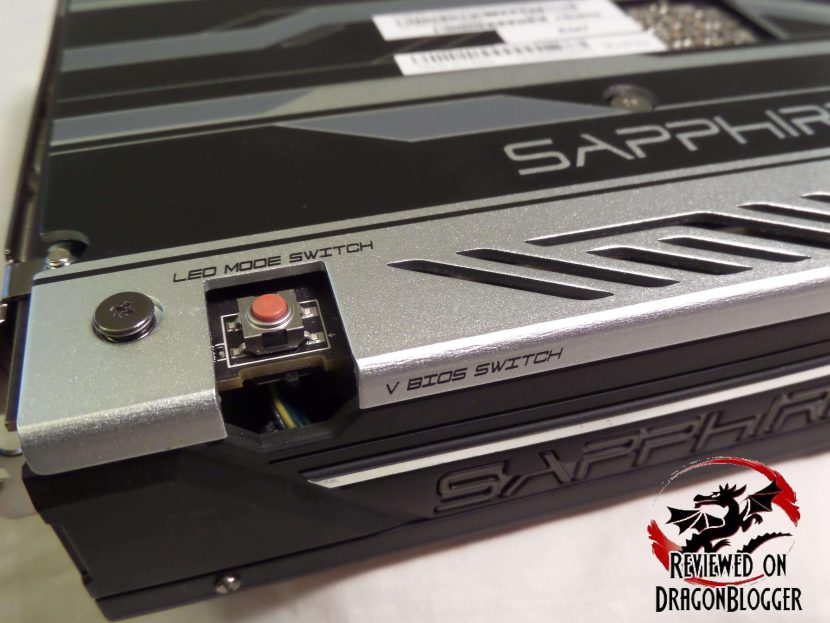 The LED Mode Switch on this Sapphire card allows you to change the LED lights on the card; I will show you that a little later in the review. 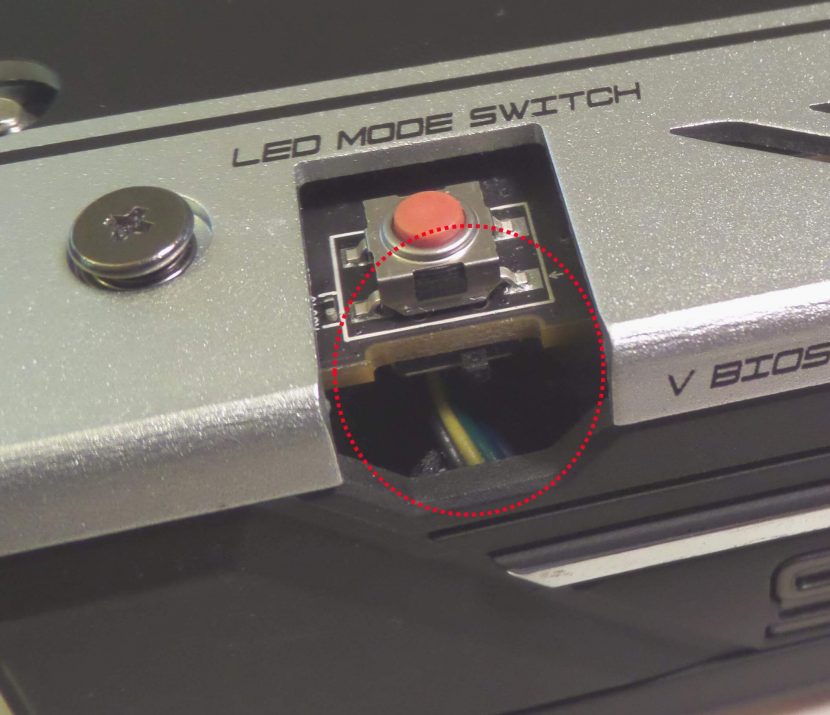 A little closer, under the button, we find the V BIOS Switch.  This switch allows you to switch to a different BIOS or Firmware on the card where on one, you might have an overclock and the other, you might have a stock setting.  This comes in handy when working on overclocks and you might push one of the overclocks a little too high not allowing the system to turn off, at this point you can unplug the machine to let it discharge, flick the switch to the left (or the right), plug the machine back in and you are good to go.

Moving more to the right, we come to the back of the card. 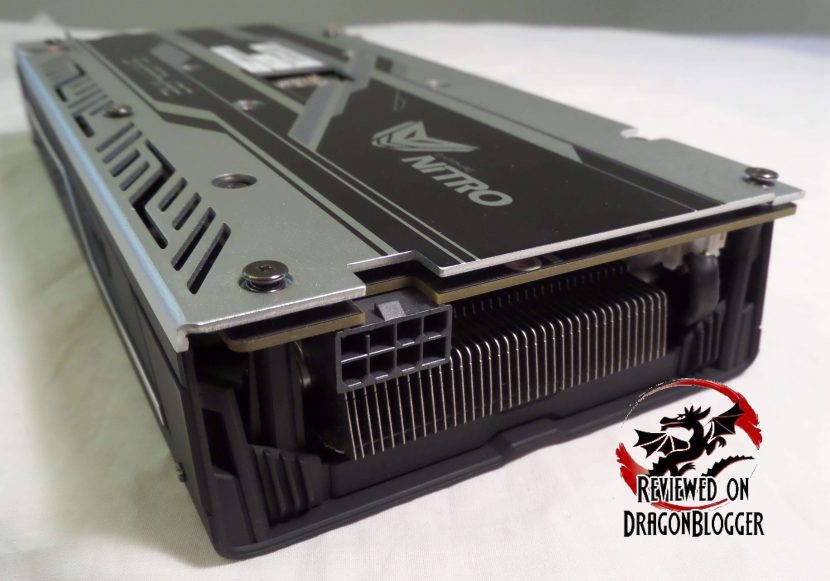 Here we find a single 8 Pin PCI-E plug, yup just one.  This is not a power eater, but we will get into that also a little later in the review with some benches.

Turning the card around again, we come to the bottom of the card itself, where we find the PCI-e connector. 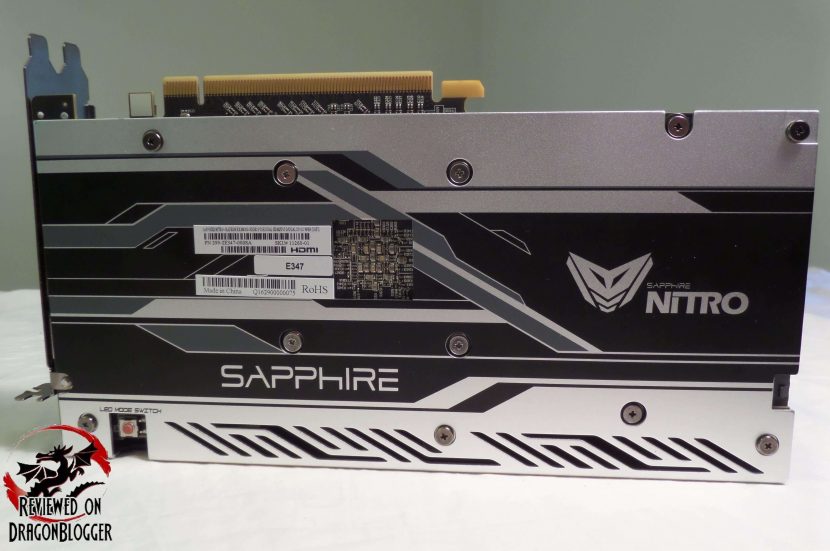 The top of the card has an Aluminum backplate with their own nice design, but it’s a little more than a design, there’s some function here as well.  I will get into this a little later in the review as well.

Alight, so now that we have seen the card, how do we install it?  Well I go over that it in the next chapter.