Skip to content
Here we shall see how to take, edit and save screenshots in Windows without installing any other third party software applications. All it needs is a simple key-combination and Microsoft Paint, which is installed in all Windows operating systems by default.

WHAT IS A SCREENSHOT? 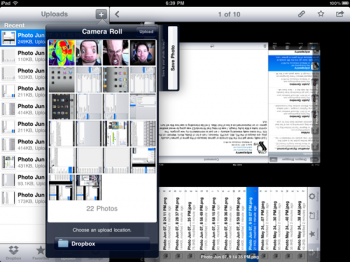 A screenshot is a electronic capture of what you are seeing on your computer monitor, which can be used for many purposes, like reporting an error message, demonstrating to someone else how to do something on a computer, saving a particular scene of a movie or any other video, as well as capturing an image of some information, such as in the form of a graph plot to be edited later.

HOW TO TAKE A SCREENSHOT?

This is really simple. Your keyboard must be having a button “PrtSc” or “Print Screen” or something similar which you need to press. In laptops, for example in HP and HP Compaq laptops, the keyboard has a button second from top-right with “prtsc” enclosed in a box. The box means that you need to press the Function key “fn” at the same time, when you press “prt sc”, in order to take the screenshot. Now your screenshot has been saved in the clipboard. You can now open Microsoft Paint and use the key combination “Ctrl+V” or use Paste option to paste the screenshot. Then you may edit and save the screenshot as you like.
Likewise if you want to take a screen print of just the open application hold Cntrl + PrtSc button and it will only take a screenshot of the “foreground application” this way you won’t have to edit or trim out your entire desktop from the image.  If you are using Windows 7 you can also use the built in Windows Snippet tool to cut images from any section of the screen which can be copied into a paint program with ease as well.
Share Feedback We Want to Hear From You