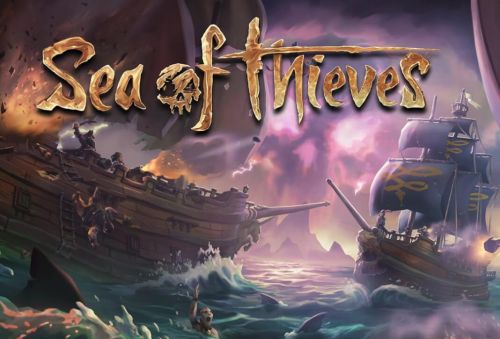 Rarely, (yes I made a Rare pun) do I ever get the chance to review a pirate game and the last great pirate game I can remember playing was Assassin’s Creed IV: Black Flag. I remember playing that game and thinking “someone should do a massive open-world adventure game as a pirate” So, low and behold Rare decided to fulfill my dreams of being a pirate, in their latest game, Sea of Thieves but does it live up to all the hype that Microsoft has put out for the game in the past two years? Well, let me tell you that if this were a Pirate’s life, it probably wouldn’t be for you.

Let’s start with the positives here. First off, Sea of Thieves does a wonderful job providing a very beautiful world to play in and yes, the water is as amazing as you’ve seen. However, I didn’t play this game just for the beautiful water or it’s rather rich landscape oh no. I want a true pirate experience. The game starts off by having you choose from pre-made pirates which you can re-roll for differently generated pirates until you choose one that you see fit. I wasn’t all too happy that I couldn’t create a pirate from scratch because let’s face it, we all want to be able to create something of our own, however, the game makes up for this sort of by giving you the ability to purchase cosmetics, but you still cannot shape your pirate to look how you see fit which to me was quite a let down.

After choosing your pirate (which you don’t even get to name), you choose what type of ship you want to set sail on. You can choose from either a large Galleon or a small Sloop. A Galleon can hold at max a crew of four while a Sloop can hold a maximum of two. If you want to set sail alone you have to choose the Sloop ship that way you can play by yourself. I’d recommend the smaller ship if you’re playing alone or with just yourself and another friend. If you don’t have anyone else to play with the game will instance you with others in an in-game crew. One of the things I love the most about this game is the proximity chat. You can hear your fellow crewmates no matter how far away you are, but if there are others in your game that are not part of your crew you can hear them depending on how close you are to them.

Once your crew and ship are set you arrive at a pub. The game provides players with zero tutorial which means you will start right off trying to discover what to do or where to go. There are NPCs on the first island you spawn on and talking to them you will discover that there are three main factions in the game that you can do Voyages for which are the Gold Hoarders that will have you hunting for buried treasure, the Order of Souls which will have you hunting down Pirates that have since died but have come back to life and then lastly there is the Merchant Alliance which will have you take supplies and carry them to other outposts and islands.

For each successful voyage you complete you will be rewarded with gold as well as earning Reputation towards leveling up in each of the factions. Pressing the Menu button will bring up a menu that provides you with stats of all three factions and if you click on each one it will bring a list of Commendations that you will unlock after successfully completing what it says ex. “Earn 5,000 Gold from Gold Hoarder Voyages” and upon completing these you will also receive unique titles for your pirate as well as more Reputation.

The social aspect of the game is fantastic and where the game really and truly shines in my opinion. Especially if you partner up with randoms and figure out how to sail a ship and also requires good communication between you and your fellow crewmates. There is a PvP aspect of the game where other pirates can and typically will start to attack you from their ship. Now, I would love to see this instead of being just a “kill or be killed” pirate game start to evolve into seeing players role play in the game and make their characters unique. After playing ten hours of the game I only ran into one friendly crew that actually wanted to hang out and help each other out. Everyone else is very quick to attack which is a let down because I am really wanting more roleplay out of the game besides just PvP but hopefully we will get some strictly RP servers in the future that encourage this type of gameplay.

Now, the absolute biggest letdown of Sea of Thieves is the repetitiveness of the game. Yes, you will be doing the same fetch quests over and over again. There is no special loot that makes you a stronger pirate as everything is simply cosmetic. I understand Rare wants everyone to be on a level playing field and while I appreciate that it does take away the thrill of being a pirate and searching for special loot. Everything you find once turned in becomes gold and Reputation and well, that’s it really. There is no story to the game whatsoever. The best part in my opinion once again is the social aspect of the game because besides the same quests no two experiences with players will be the same when playing together.

Granted, Sea of Thieves has an incredible concept it misses the mark only due to the lack of a story and being rather repetitive which makes the games $59.99 price tag a bit too much. The good news is that you can play this game on Xbox Live’s Game Pass for only $10 a month and it’s always going to be there due to it being a Microsoft exclusive. I believe this game isn’t worth $60, but is definitely worth checking out on the Game Pass. Hopefully in time Rare will provide players with much more content and updates in the future, but hopefully they are not priced too heavily or in this instance, should be free considering the game seems to be missing quite a lot of content for such a great concept. I’m going to be optimistic here because the game is indeed fun to play and is absolutely worth checking out.