As many people know I run multiple social media accounts and one of the tools I use is Hootsuite to help spread messages across multiple accounts both scheduled via automation and manually.  But on March 23rd 2018 Twitter updated it’s terms of service and rules to not allow you to post the same message to multiple Twitter accounts anymore and you can the updated rules on automation and multiple twitter accounts over on the twitter dev blog.

They also already updated Tweetdeck with the new rules.

Today, we’re also introducing changes to TweetDeck’s multiple account functionality to reflect this guidance. Users of TweetDeck will no longer be able to select multiple accounts through which to perform an action such as Tweeting, Retweeting, liking, or following.

Dlvr.it other services are next to follow suite in preventing you from selecting multiple accounts to post the same message.

But so if you can’t post the same message, can you create a Twitter account that serves to retweet another account as a proxy?  You see a lot of celebrity mirror accounts and other accounts that only serve to share or retweet another famous account in order to find like followers and fans they can connect with.  So if you want to automate retweeting another account, then look no further than good old IFTTT (If This Then That) service which is free. 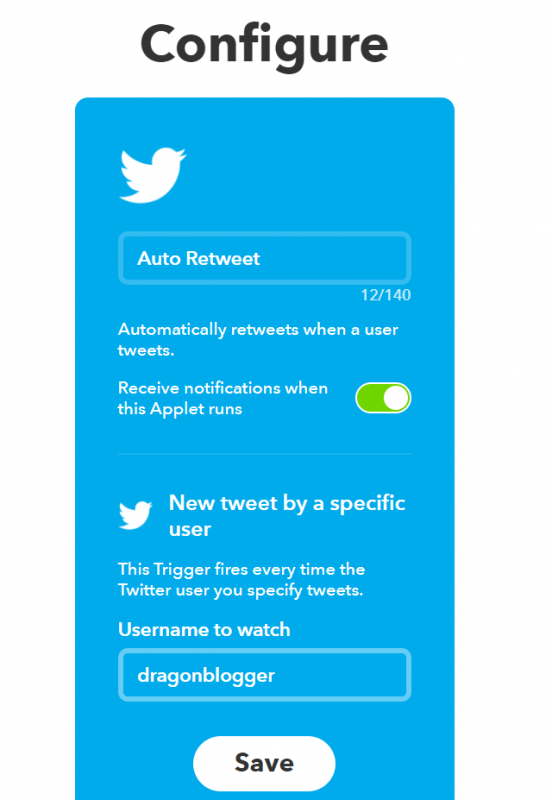 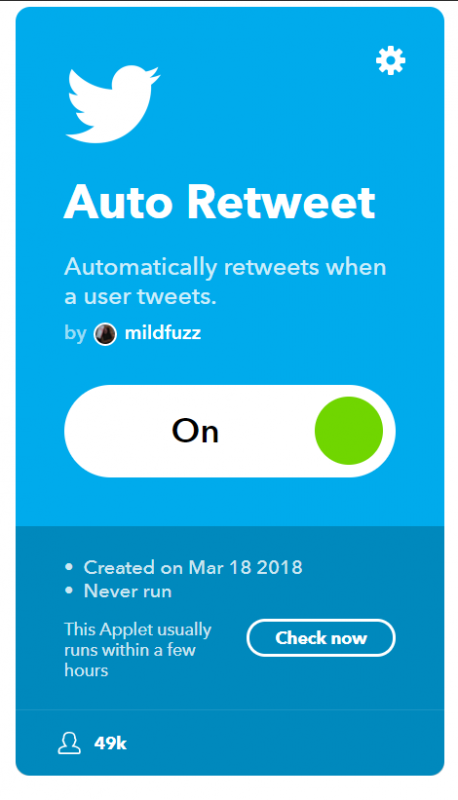 You can also setup multiple versions of the app to retweet multiple Twitter accounts. 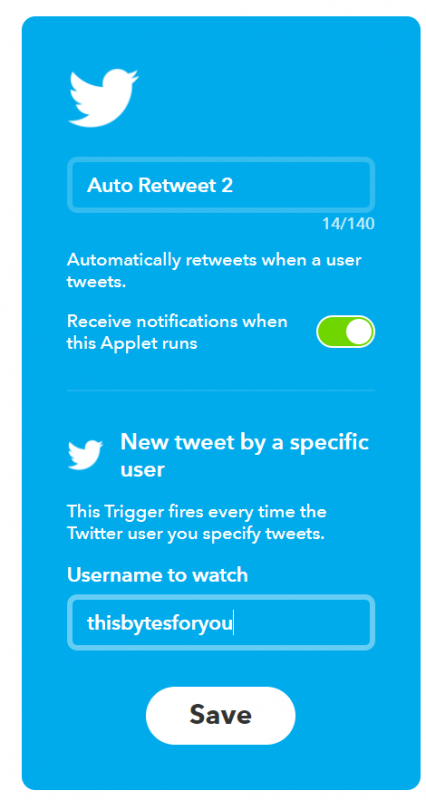 So once setup you can just validate by watching your feed or when the notices come out.  Since this is only using 1 Twitter account I don’t think it violates the new rules, but will update this post if these type of applets are removed.