With the first two opening episodes of Grimm viewed and the third shortly to be televised, you have to be thinking that this season will be even better than the first one.  After the first two episodes, that were a long two-night premier, we have more questions than answers and learned some things that were extremely surprising. 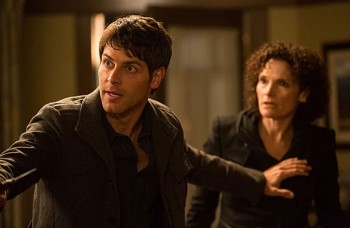 You can tell that Nick is definitely more comfortable in his skin as a Grimm and ready to take on the challenges that are no longer creeping up, but thrusting themselves into his face.  His mother’s return, while shocking at first, is a relief to him.  She appears to have a valid reason for making him believe she was dead all these years and finally revealing the truth now.  However, by the end of the second episode we realize she is not the mother who truly missed her son when she acts as if she is leaving with the coins of Zakynthos on a train and instead breaks into a car speeding away to only she knows where and why.  I don’t think we’ve seen the last of her though.

Rosalee and Monroe’s relationship is finally taking shape, which is a great delight.  The two, while not perfect for each other, have proven to be highly interesting.  It also has made you realize that men can be seriously blind about themselves and women they care about until that loved one is threatened.  I do have to wonder if Rosalee telling Nick’s mother about Juliette and hugging her will bring the woman to her senses at some point. 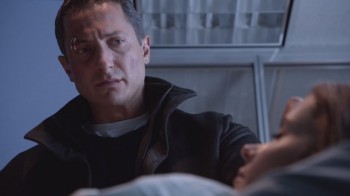 Of course, finding out that Renard is a prince of some sort, and not only in America but in Portland, raised lots of eyebrows.  While none but Analind’s mother knows the truth (perhaps Analind herself but she has disappeared for the time being), since she is now dead is there any way for Nick to find out that his boss is not human afterall.  This begs the question, why hasn’t Nick seen Renard as his creature self?  Is it because he is part human or because as a prince, he can hide it while others can’t?

Then there is Juliette.  Rosalee’s potion does not seem to have worked since Renard’s kiss awakens her but with no recollection of Nick.  Could it be that the potion that gave Renard the ability to bring Juliette back made her love him now, or does she just not remember because the potion Rosalee concocted has not taken effect yet?

I have a feeling we will not get all these questions answered this season.  Or if they are, what questions will they lead to which will make us continue watching this intriguing show?  Only time will tell.