You might think that your router is fine but here’s the truth of it, you actually don’t have the security that you want to have with this.  If you get a router from an electronics store, it actually doesn’t work well neither does the one that comes with your ISP, and that’s because it’s a way for spy agencies and hackers to find you. It’s something that a lot of people don’t even realize that happens, and often, it’s a reason why you get security issues.  If you’re security-conscious, you should always upgrade your commercial routers, or use different modems and routers, and it’s important because often, the “Gateway” units are supplied by the ISPs, and they help to make this safer for you.

The Problem with Commercial Routers

Commercial routers might be something you don’t’ even think about, but they are actually extremely vulnerable. A router that’s consumer-grade often doesn’t let users know when they need firmware updates, and the big thing about this is that it actually causes issues with the holes in your security. So yes, consumer routers are actually not as safe as you think.

If you do choose to go with a consumer-grade router, you should always be making sure that you take the time to figure out where there might be updates, and how to effectively create good security for this. If you’re good at checking for updates, this is less of an issue, but it certainly does create a lot of problems if you’re not on top of that. Lots of routers also have a universal plug and play networking protocol.  This is good for local area networks, but it’s got a huge problem: no security. This is essentially like having someone take you in for surgery on the heart but then does brain surgery instead.  you’re leaving yourself open to attacks.

Lots of times, the problem with routers is they often don’t allow passwords longer than 16 characters.

It actually isn’t the case.  It actually can cause issues with the security patches, and from there, it leaves you more open to being spied upon by these agencies, and that’s how your computers get attacked. A router that is under the control of an attacker will stage a “man in the middle” attack, which changes the encrypted data, or will send the user the wrong websites that often are masqueraded as online portals that might seem correct, but aren’t. So yes, it’s a bit scary. 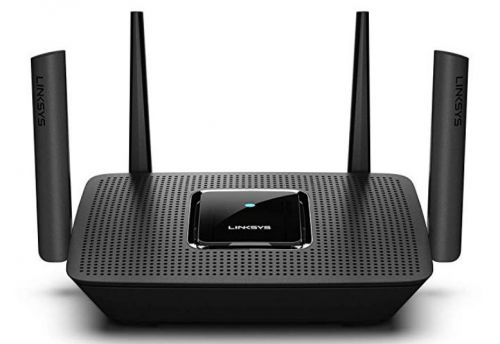 This is the home network administration protocol, which is something that you find in management tools that are found in these consumer-grade types, and they transmit sensitive information there. It essentially gives full control to the users that give admin usernames and passwords, and these aren’t always changed. It can also be used to find the Linksys routers, and that can spread viruses in it of itself.  You should also watch out for this since it essentially leaves you super vulnerable

You now have the Wi-Fi protected setup threat, allowing users to bypass the password and connect the devices by setting a PIN that’s on the router.  The PIN is always the same, and this is a huge security issue because the eight-digit number will get you into the router regardless.  So, if a plumber comes in, takes a picture of the router, he’ll now have the network forever.  So yes, if you’re wanting to put a lot of vulnerability on your device, you’ll have that with the WPS issues.

Locking Down the Router

There are a few things that you should do to lock down the router.  You should make sure that your router and modem are on different devices, and you can have the ISP dumb down the box so that it’s a modem, and it can act as a router for that. You should also grab a commercial-grade wifi and ethernet router, which retails at around 200 dollars since they won’t have UPnP and WPS enabled. Next, change the administrative credentials from the default name and password, and you can always change this. You then want to change the network name, also called the SSID, which is the “Netgear” or “Linksys” or whatever the default it.  You should make it unique, but don’t let it identify. Don’t’ call it the name of your apartment either, because that will get people to find you.

You should then put the WPA2 wireless Encryption on this so that only authorized users can hop onto this.  You should also disable the wifi protected setup if the router lets you.  If you do have visitors a lot, set up a guest Wifi network, and offer it to your visitors. If your router has this feature, and make sure that it sets itself off after a period of time.  it’s definitely a good idea.

Finally, if you have a lot of smart home or IoT devices, you won’t be fully secure, but putting them on a different network can help with minimizing the damage in the event of an attack. You can always install new firmware or a wifi adapter for desktop if you want to do this. This can be a bit more time-consuming, however, but it can help with ensuring that you get the most that you can from your device and to protect you in the event of something bad happening. You need to be protected in terms of your own personal wireless abilities, and you’ll be able to, with this, create a better, more rewarding result from this, and will be able to put together more meaningful and better results from all of this too.