Finding a good camera is essential if you create any content online. Whether it’s photos or videos for a blog or YouTube channel, finding one that works well is really important. For years, I’ve been filming videos on my iPhone, so being able to try out this SEREE HD video camera and put it to the test for all of my content creation has been a lot of fun. As a camera that won’t break the bank, you’re able to start filming HD videos as soon as you open the camera out of the box (all you need is an sd card). The camera, microphone, and the remote worked well, but if you have a Mac computer, you’ll need to download software to format the footage to use in any editing program. 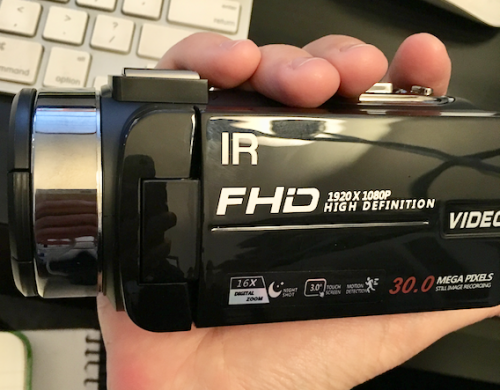 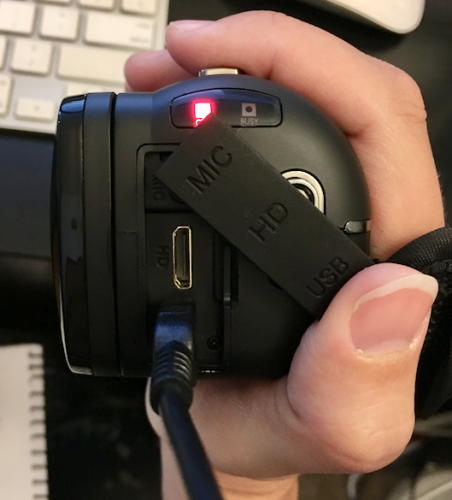 There are a few different filming options for the SEREE video camera, including night vision. I’ll include some pictures of the night vision in this post so you can see how good it is. You can take photos, even photo bursts, with this camera. So, it’s a video camera but it’s also a camera. It has 16x zoom. There is also time-lapse recording, slow-motion recording and motion detection.

The SEREE camera can also be used as a webcam, which is a benefit if you’re into livestreaming or use a camera for something like Twitch. 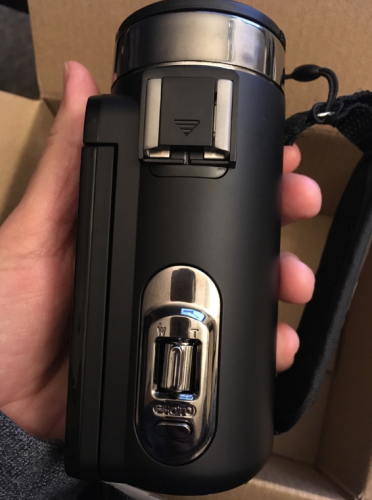 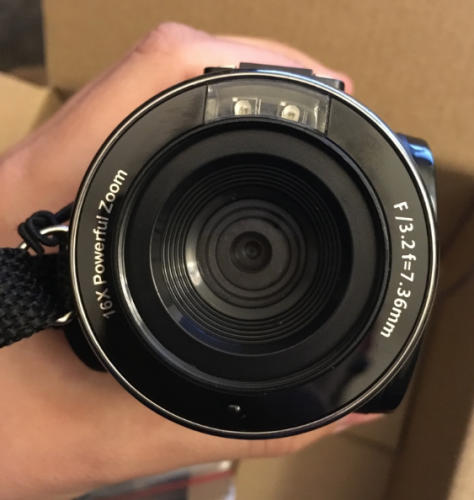 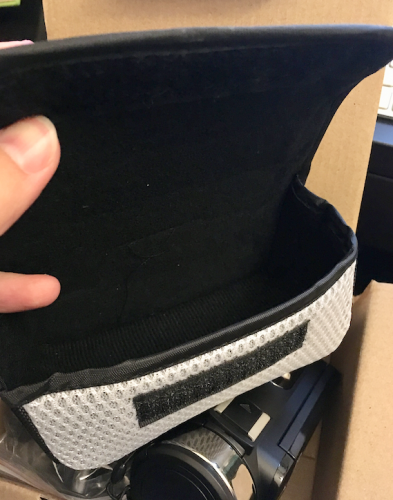 The SEREE camera records video resolutions at full HD 1920x1080p and takes pictures at 30.0M. The night vision is impressive, and it still takes sharp images even in the dark. With a lot of night vision cameras I’ve used through the years, sometimes images become blurry when you go into night vision. One problem with this camera is that when you try to film things up close, it never really focuses. It looks like this: 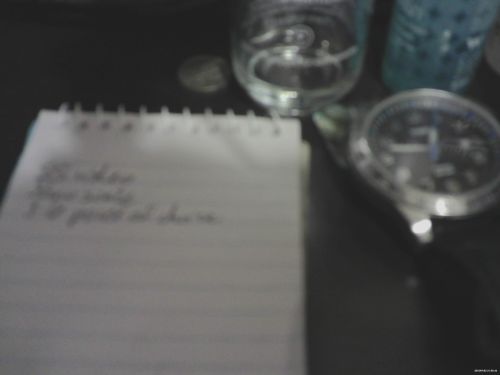 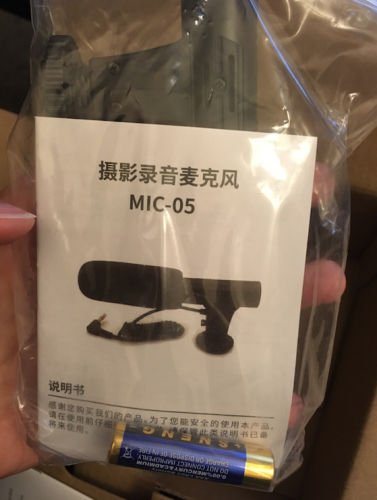 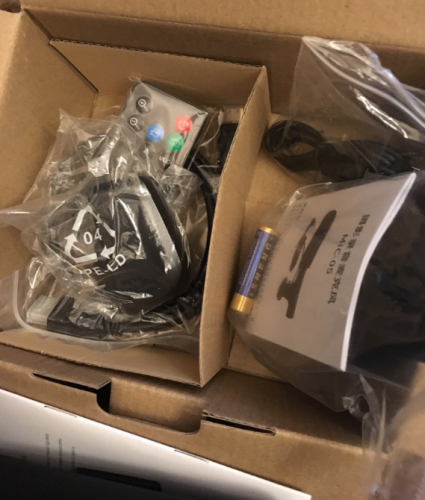 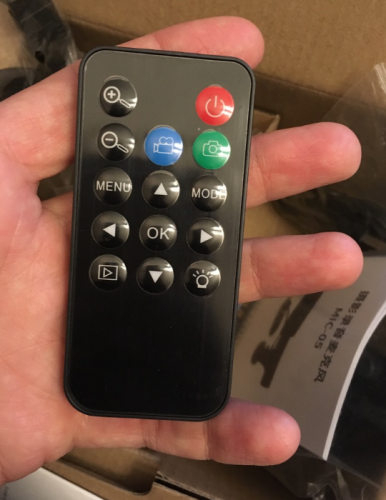 Everything it Comes With

The SEREE camera comes with everything you need to get up and running with filming. There’s an HDMI cable, carrying case, charger, USB cord, lens, user manual, lens protector, remote, and microphone. All you need is an SD card and you can open this up and go. I wish the bag the camera comes in had some kind of carrying strap, mainly for easier transportation, but it does have a hook area in the back so you can attach it to things.

The battery takes quite a few hours to charge, and the website says it lasts about 6 hours after a full charge. I found it lasted about three hours with consistent use. 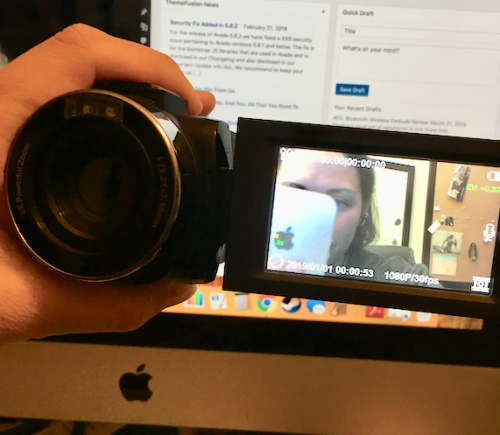 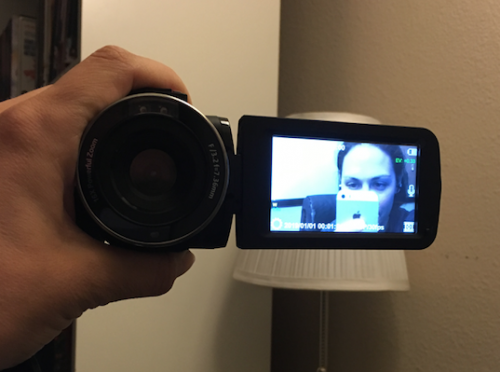 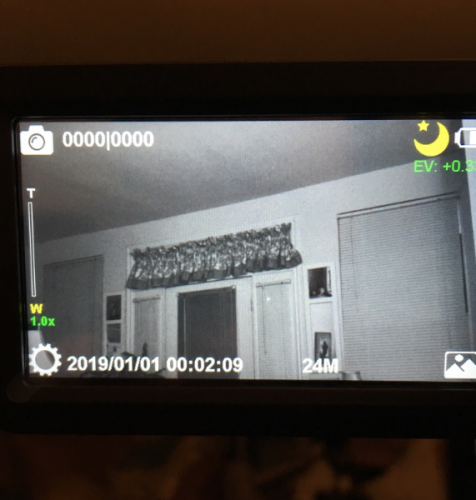 The SEREE camera comes with an attachable external microphone. According to their site, it will pick up sound in front of and behind the camera, so no matter where the sound is coming from, it will pick it up. If you don’t like the microphone or have a different type you like to use, you can attach why mic that has a 3.5mm audio cable. If you want the audio to come through, you have to convert it using a program you download. I downloaded the VLC video app to convert the files to something I could use for my Mac

There is also a remote control so you can control it from a distance, which is not a feature I often see in vlogging cameras. That can be really nice when it comes to getting the shot when you’re at a distance from your camera.

For the SD card, it can support storage up to 128GB (sd cards are not included). Generally, that’s about 640 minutes (about 10.5 hours) worth of footage. As a vlogger, photographer, or movie maker, you know that’s a lot of space.

If you want even more options, you can attach an external UV lens or wide-angle lens. That gives you a ton of filming options to create the shots you need. 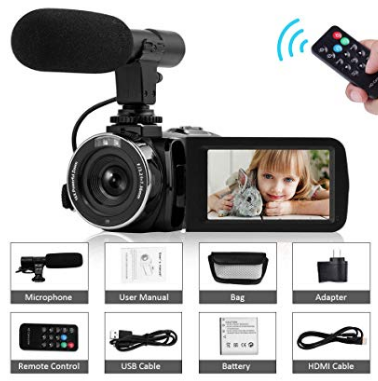 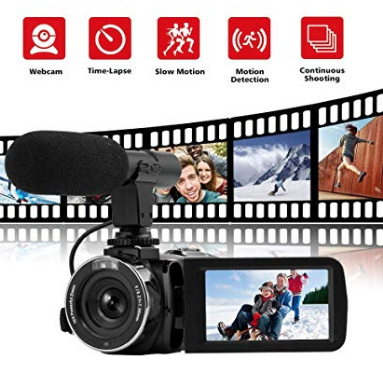 The SEREE camera is built well. I wouldn’t say with the same quality as some of the expensive vlogging camera out there, but I do like that it’s not as heavy as a lot of the ones on the market. This one is surprisingly easy to hold and doesn’t tire my arm out like some Canon’s, etc. I wouldn’t be too aggressive with it because I don’t get the impression it can take hard use, but it gets the job done.

The touch screen is hit or miss for when it works. I have to push each option multiple times before it registers that I’m touching it and does what I need it to.