I was getting tired of paying $12 per month to host a Minecraft server online for my kids and figured my home computer with Intel Core-i7 2600K and 8GB of RAM should be sufficient for me to host an Ubuntu VMWare environment where I could run a Minecraft server for the boys to connect to without hampering my computer too much.

I decided to setup VmWare Player which is the replacement for VmWare Server for those who only want a one or two VM’s running on a desktop client.  Of course after I installed VmWare Player it wanted me to upgrade to VMWare Workstation 9.

So the first step is to go and download your VMWare Player for your Operating System, you can get it from the VMWare Player Link.

Install VMWare Player as you would any other application giving it your installation directory and deciding whether you want to have it check for updates and collect statistics. 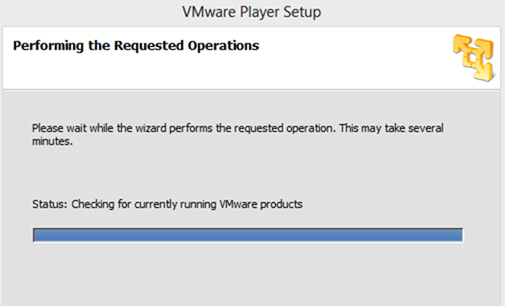 Once you have VmWare Player installed you will then open it and create a new virtual machine.

Them you will either select the OS install disc or an .iso image of the Operating System you want to setup as the virtual machine.  If you want to setup Ubuntu, just download the Ubuntu ISO image from here and select that file.  Please note, even though the Ubuntu has amd64 in the ISO name, you will use this file If you have a PC with the Windows 8 logo or UEFI firmware, you must choose the 64-bit download and it is for Intel or AMD processor so ignore the AMD64 in the file name. 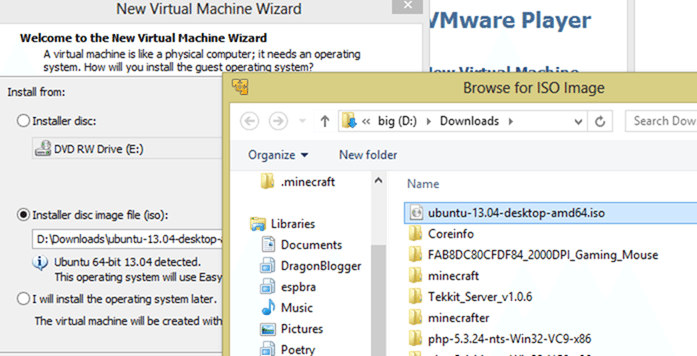 After selecting your ISO file or image, assuming it shows that it can install with “easy install” you will now setup some initial user information. 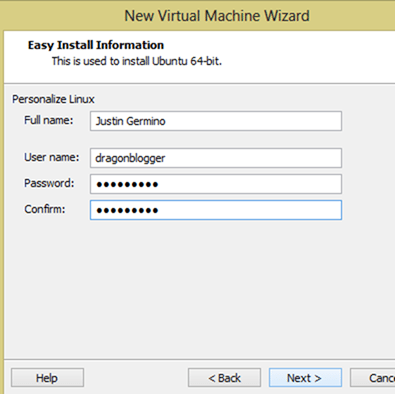 Next you setup your disk location where you will have your VM configured, in my case I have a spare Hard Drive that I am devoting to the VM. 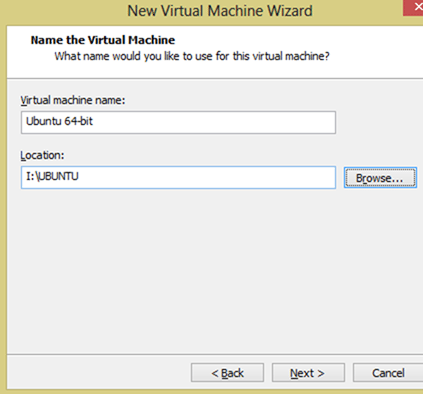 The next step is to set the size of the VM, the default is 20GB but you can set to whatever size you want, I would do 20GB minimum if you want to install applications. 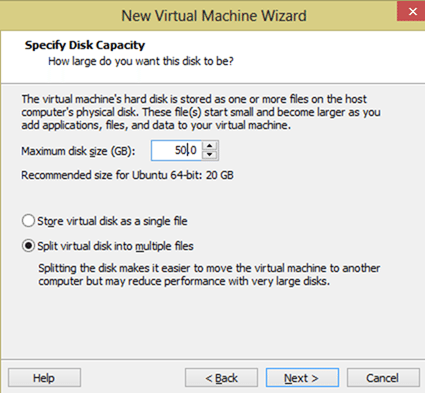 You can also store it as a single file for better performance, this is recommended if you are making a whole disk the VM or you never plan on moving it.

1GB of RAM is allocated to your VM by default, if you want more RAM then click customize hardware and increase the amount of RAM you are allocating to your VM. 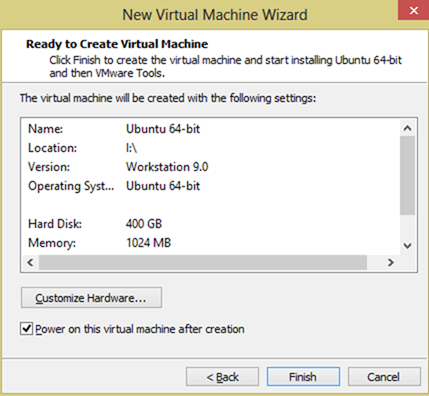 Since this will be a Minecraft Server, I know that 1GB of RAM gets eaten up fast by the Java so I am allocating 2GB of RAM to this Ubuntu VM in my environment. 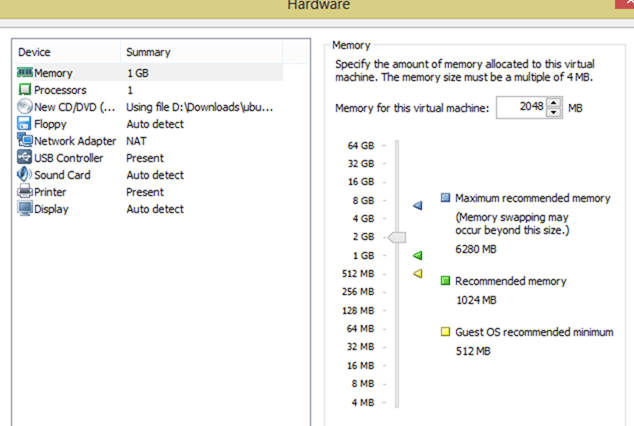 If you have “power on this virtual machine” checked during this step, then after it creates the VM it should be enabled and running.

Note, while on this screen you will likely want your Network Adapter to be bridged, so that your Ubuntu VM pulls an IP from your router and can be on the same exact subnet as the other PC’s in your local network.  VMWare does this so easily so that you don’t have to setup or configure a bridge in Ubuntu, you just simply select the Network Adapter (default of NAT) and switch to Bridged. See image below. 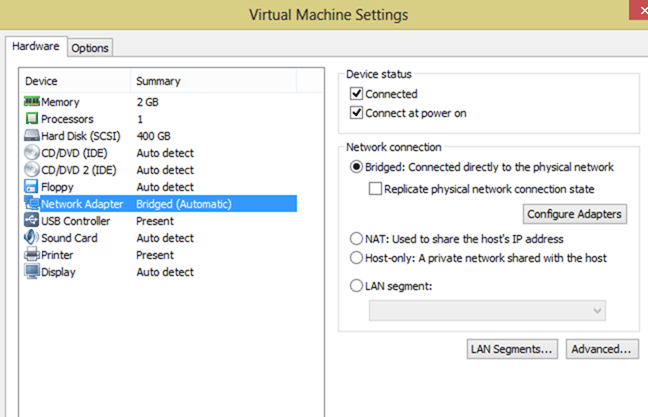 By default it will have all adapters selected.

Now you are free to proceed with managing your VM and after starting your VM or if it started you likely will see a box that says VMWare tools for Linux are needed to complete the easy installer. 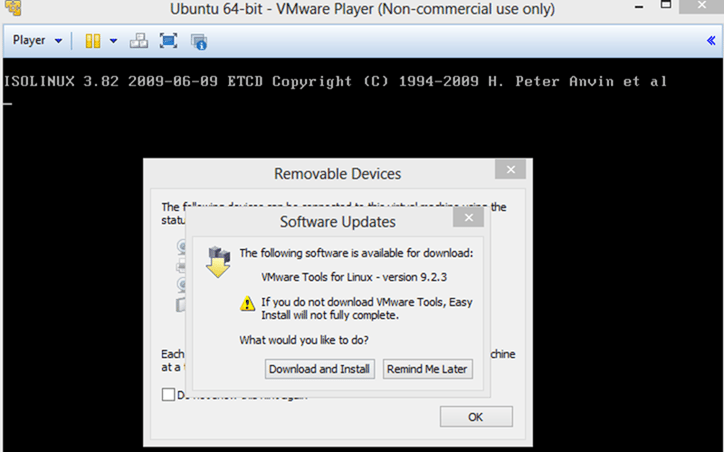 You will then see your Ubuntu start installing/configuring inside your VM image. 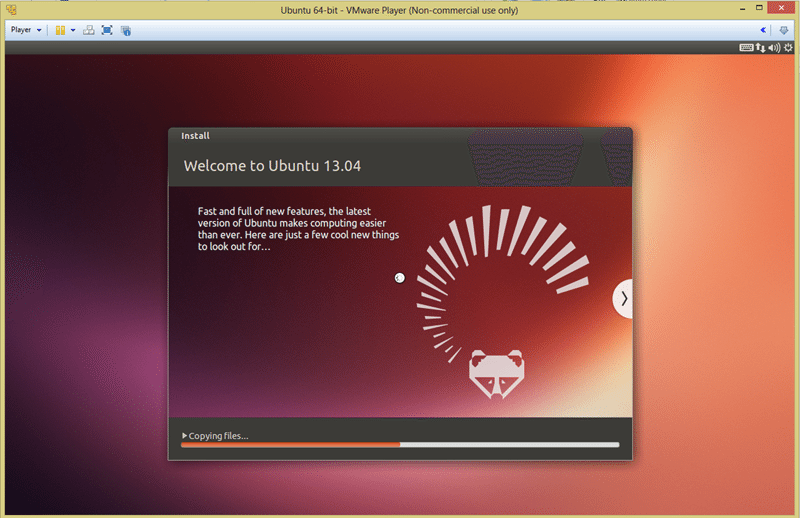 After this your VM will need to reboot the OS, and it should come back up after you hit enter on the ok screen. 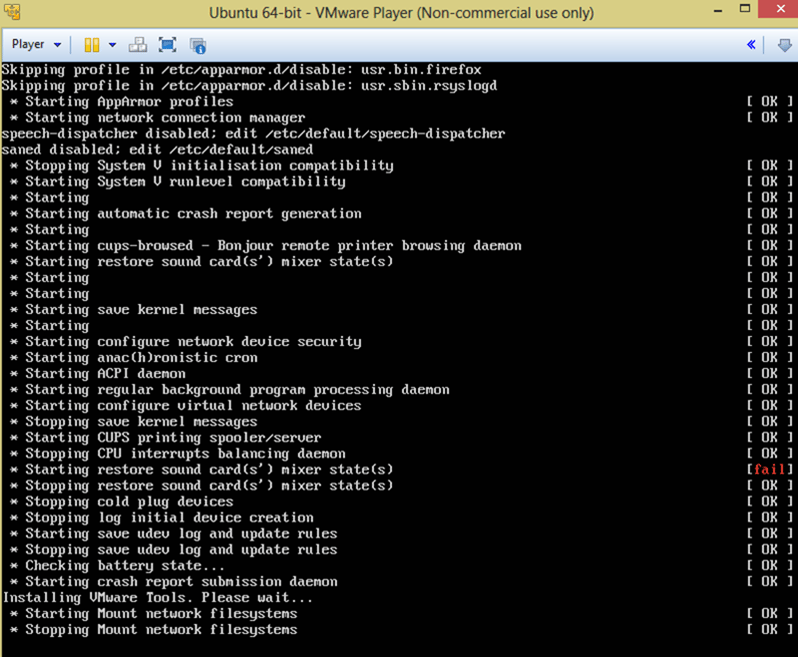 And Voila, we have an Ubuntu 13.04 install on VMWare Player on Windows 8 and I can login. 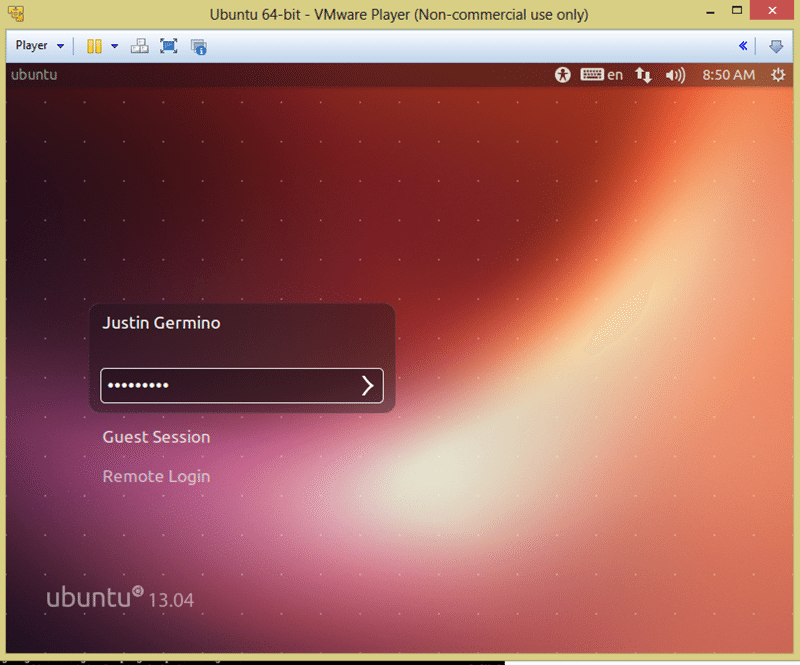 Now you pretty much do whatever you want in Ubuntu 13.04, it is a fully working Ubuntu OS.  The only error I saw was that my sound card driver had a fail status, but I confirmed the soundcard worked in Ubuntu and sounds played fine in the Ubuntu VM. 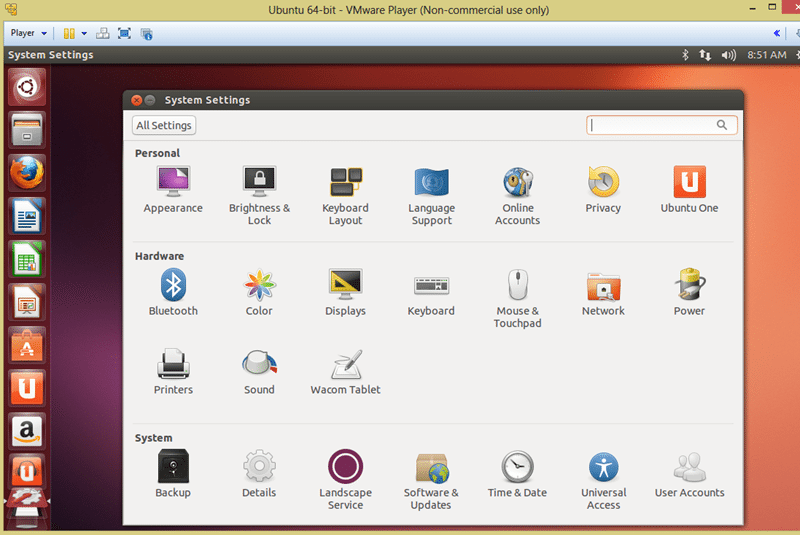 Just hit control+alt+t to open a terminal in Ubuntu and start sudo apt-get all the packages you need. 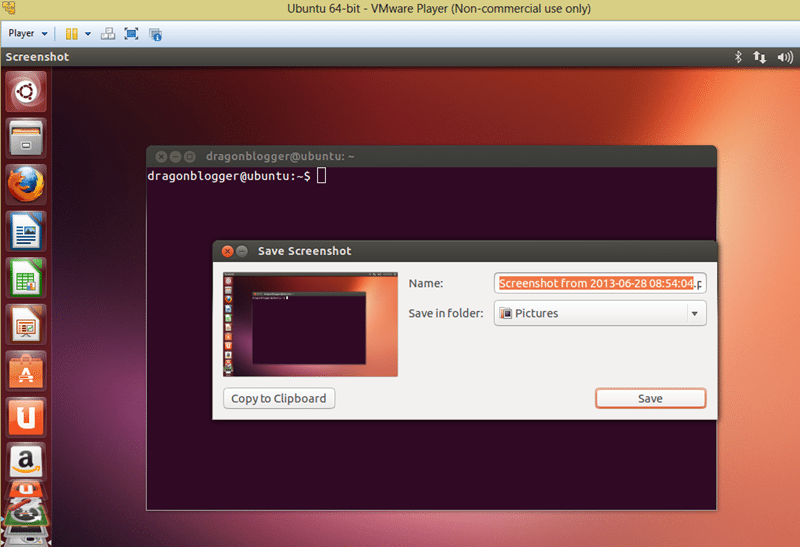 This concludes how to setup Ubuntu 13.04 on VMWare Player in Windows 8, it is really quite simple and if you prefer to be in Windows all the time but dabble in Ubuntu it is a better alternative than creating a Dual Boot, it is also a great option if you have only 1 hard drive and want to allocate just a folder space to an Ubuntu OS image.

For those of you who want to setup your own Minecraft Server on this Ubuntu image, I just followed the Ubuntu instructions found here but these instructions from a user on digital ocean community were better and specify to use mono to start the server so you can access the McMyAdmin from other computers, read this article link too..  I wasn’t going to reprint them in this article as this article is about setting up Ubuntu on Windows 8 with VMWare Player rather than the Minecraft server specifically even though that was the reason for me doing the all this work in the first place.

If you get this error when trying to install/start up your 64bit Ubuntu on VMWare it could mean that your BIOS has Intel VT-x (trusted execution) disabled.  You will need to check your UEFI or BIOS and make sure this setting is enabled and try again. 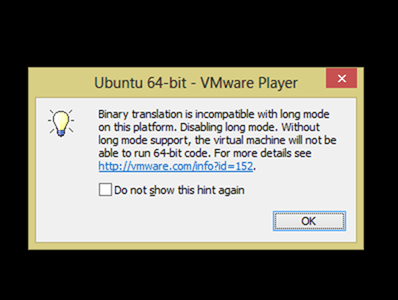 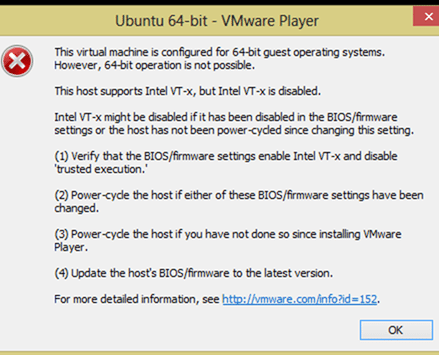