Shooters are fun games to play and it comes as no surprise that the audience is made of both kids and adults, but savvy games will eventually grow tired of non-stop action. Exciting as it might be to storm into rooms full of enemies or to blast your way out of a fortress, sooner or later you won’t be sure whether you are killing hundreds of enemies or the same enemy hundreds of times.

There is no risk for something like this to happen when playing Sniper Elite V2, because even though you leave a trail of victims behind you, every kill matters and is remembered. It is the combination between the visually impressive slow-motion bullets hitting their targets and the entire routine you go through to prepare an assassination that makes this title unique. 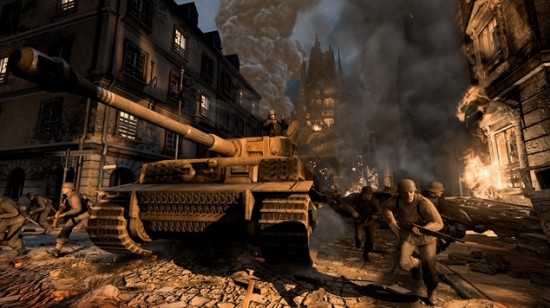 Once man can change history

The action unfolds at the end of World War II in a Germany that has been torn apart by war and where ruins are virtually everywhere. For a highly trained sniper such as yourself, all these debris represent an advantage because you have plenty of places where you can lurk in the dark. At the same time, it is problematic to travel from one location to another without getting noticed, and you need to be stealthy all the time.

Your targets are not regular grunts, but high profile officers and scientific personnel that are working on the V2 rocket program. This means that your actions have a two pronged effect as you slow down a potentially devastating operation, while preventing these key scientists from falling prisoners to the Russians. 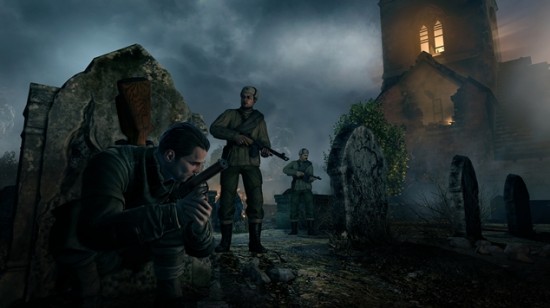 There is no dignity in death

The missions don’t take too long to complete, but if you play on high difficulty and do everything by the book you can extract several hours out of the campaign set. The atmosphere is terrific but the truth is that all the preparations are simply a prelude for the kill. Aiming steadily and pressing the trigger will send the bullet to its destination with pinpoint accuracy and the effects are both devastating and astonishing.

You can see the damage inflicted by the bullet as it penetrates skulls, flesh and bones before the victim falls motionless. There are various factors that you need to pay attention to, such as wind speed, gravity and inherent shaking but if you overcome all these obstacles, you are rewarded with a perfect kill. With the co-op mode being even more exciting and prolonging the sniping experience for more hours, it is safe to say that Sniper Elite V2 will keep you hooked for a while.

This is probably the best sniping game ever made, so it fully deserves 5 stars out of 5. Watch the trailer below and try to picture yourself taking aim and watching the outcome through a cross-hair.