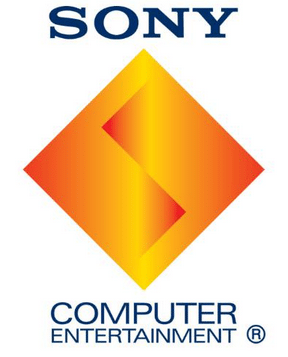 SCEA also unveiled an exclusive PS4 Destiny bundle that includes a custom glacier white PS4, provided an update on its original content series “Powers,” introduced PlayStation®TV (PS TV) for the North American and European markets, and discussed the rollout of “PlayStation™Now” (PS Now) in the United States and Canada.

“With the success of PS4 − the number one next generation platform globally − and the announcements we made tonight around exciting new content, platforms and services, PlayStation is delivering unique and powerful entertainment experiences that speak to the hearts and minds of gamers,” said Shawn Layden, president and CEO of SCEA. “PlayStation offers something for everyone, whether you want to lose yourself in a massive virtual world with tons of social interaction like Destiny or you’re looking for a more intimate, unique experience offering plenty of challenge like Entwined. Our unwavering commitment to gamers will ensure that PlayStation will always be where the greatest play happens.”

PlayStation®4
Only on PlayStation
Since the biggest console launch in history back in November, PS4 momentum continues with more than 7 million units sold worldwide.  SCEA will strengthen its robust software portfolio with new game announcements revealed live on stage at the Los Angeles Memorial Sports Arena. Featured titles included The Order:1886;Bloodbourne™, a new IP from critically acclaimed game director, Hidetaka Miyazaki; Little Big Planet™ 3;inFAMOUS First Light; and Entwined, a new IP from Pixelopus, a small team within San Mateo Studio composed of recent graduates from various academic programs, such as Carnegie Mellon’s Entertainment Technology Center and San Jose State’s Animation Program. Entwined was immediately made available for PS4 via PlayStation Store for $9.99. Uncharted 4: A Thief’s End and The Last of Us™ Remastered, by acclaimed developer Naughty Dog, rounded out the press conference demonstrations from SCE Worldwide Studios.

Play it First, Play it Better
SCEA also debuted some of the biggest and best partner titles including Far Cry 4, which was demonstrated live for the first time in co-op mode. PlayStation gamers who buy Far Cry 4 at launch this November on either PlayStation®3 (PS3) or PS4 can invite some of their PSN friends to play with them even if they don’t own the game. In addition, SCEA announced that starting this Thursday and lasting through the weekend, PS4 owners around the world will get a chance to play the Destiny First Look Alpha by visitingwww.greatnessawaits.com/Destiny. PlayStation gamers will also get their hands on the Destiny Beta first, starting July 17.  The Destiny experience on PlayStation features an incredible amount of exclusive in-game content for PS4 and PS3, including weapons, armor sets, ships, an entire strike and multiplayer map.

At the press conference, first gameplay of key franchises Dead Island 2 and Mortal Kombat X were unveiled, along with a new partnership with Disney Infinity that includes an exclusive Disney Infinity 2 collector’s edition for PS3 and PS4 where the Incredible Hulk will only be available at launch on PlayStation. Other partnerships announced include Grim Fandango remastered exclusively for both PS4 and PlayStation®Vita (PS Vita), Let it Die exclusively for PS4 by creator Suda 51, the console debut of Giant Squid Studios’ Abzu on PS4, and a gorgeous demo of No Man’s Sky by Hello Games that will launch first on consoles on PS4. A new trailer fromBattlefield: Hardline showcased the console exclusive Beta that’s now live on PS4. Partnerships with both Devolver Digital and Paradox Interactive revealed the exclusive console debuts of great franchises likeBroforce, Hotline Miami 2: Wrong Number, Not a Hero, Titan Souls, The Talos Principle, and the sequel to the multi-million selling PC game, Magicka 2. Another key announcement featured Grand Theft Auto V coming to PS4 with the ability to transfer progress from Xbox 360 and PS3 directly to PS4. Batman: Arkham Knight from acclaimed studio Rocksteady helped close the press conference with a breathtaking gameplay demo and an introduction to the Scarecrow Nightmare Missions that will only be available on PlayStation.  In all, the content illustrated how PlayStation delivers the best place to play now and in the months to come.

In addition to a diverse portfolio of games, PlayStation also brings PS4 to life in new ways through innovation and original entertainment content. SCEA provided an update on Project Morpheus, the virtual reality system introduced last March, which has inspired a phenomenal response from the development community. The company showcased how it is fully leveraging the power of PlayStation®Camera to deliver an entirely new medium to gaming, with two new playable game demos to be introduced at E3.

Brian Michael Bendis, executive producer of “Powers” unveiled on stage the first details of the PlayStation original content series, which will be available in the United States this December with every PSN user in the United States receiving the first episode for free. The entire series will be available for free to all U.S. PlayStation Plus members.

PlayStation TV
SCEA also announced PS TV for the North American market, an entertainment system that will enable users to easily enjoy a variety of PlayStation game content on their TV at home. At a suggested retail value of $99 for the standalone system, players will be able to download select PS Vita games PSP® (PlayStation®Portable) games and PlayStation® games from PS One classic through PlayStation Store, stream select PS3 games to the device via PS Now, and play PS4 games from a PS4 system in their home over local Wi-Fi through Remote Play. Select PS Vita games will also be playable on PS TV via PS Vita cards. PS TV also offers entertainment content, with movies, TV shows, and music available to buy, rent, or stream from PlayStation Store. This incredibly small device, with dimensions of approximately 2.5 in. x 4.1 in., fits perfectly next to living room TVs, while also being portable enough to let gamers move it easily to other TVs in their home.

PlayStation™Now
SCEA also announced new details about PS Now, SCE’s streaming game service that leverages cloud-based technology, which will become available in the continental United States and parts of Canada this summer.  Starting July 31, SCEA will introduce an open beta where gamers located in supported areas will be able to rent over a hundred PS3 titles. During the open beta SCEA will test multiple pricing tiers and rental durations, from short periods to a month or longer, allowing users to play a game at their own individual pace.

PlayStation®Vita and PlayStation Bundles
With the recent launch of a new slimmer, lighter model of PS Vita in May, momentum has never been stronger for the sleek handheld device that gamers can play anywhere.  The strength of the PS Vita software lineup is unparalleled with more than 1,000 games currently available from PS Vita native games to classic titles from other PlayStation platforms, making PS Vita the ultimate gamer’s companion. This year, more than 100 games are anticipated to be released, including Hotline Miami 2: Wrong Number, Tales of Hearts R, Minecraft, Helldivers, Hohokum, and Guns Up!, a free to play side-scroller action strategy title. Gamers who own both PS Vita and PS4 also benefit from a growing library of PS4 titles, nearly all of which can be streamed to their portable system via Remote Play. Later this year PS Vita will receive PS Now compatibility, bringing full-streamed PS3 titles to the portable platform.

Holiday bundles were also announced including: