SAN FRANCISCO, March 19, 2014 /PRNewswire/ — The emotionally intense and visceral post-apocalyptic action title, The Last of Us has captured the award for Game of the Year at Tonight’s Game Developers Choice Awards ceremony during the Game Developers Conference (GDC) 2014 at the Moscone Center in San Francisco. The game was also honored with Best Design and Best Narrative Awards. 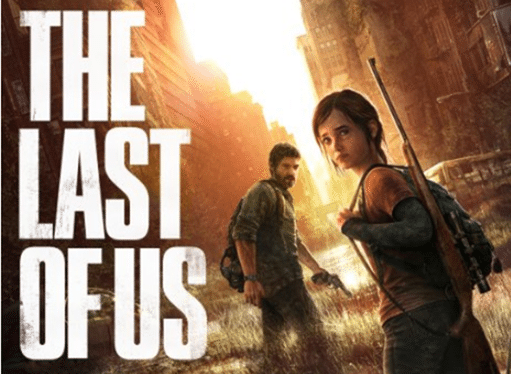 BioShock Infinite, the highly-anticipated follow-up to 2007’s landmark narrative-driven first-person title,BioShock, won the awards for Best Audio and Best Visual Art, further cementing its legacy as one of the most acclaimed shooter series ever created.

The inventive indie darling, Papers, Please won the Innovation Award and the honor for Best Downloadable Game in recognition of developer Lucas Pope’s compelling gameplay structured around protocols and moral challenges of working as an immigration agent under a dictatorial regime.

Other winners of the night include the development team of The Fullbright Company, creators of the deeply involving and emotionally moving interactive narrative of Gone Home. Nintendo’s stalwart, cross-generational hero, Link, earned the award for Best Handheld title for The Legend of Zelda: A Link Between Worlds, marking the fourth win for the Zelda franchise since the inception of the Choice Awards in 2000. The global blockbuster open world title, Grand Theft Auto V, won the award for Best Technology, in recognition for the title’s sprawling and vibrant Liberty City environment, massive amount of game content and high visual fidelity. Indie developer Squad scored the inauguralAudience Choice Award for their creative sandbox space flight game, Kerbal Space Program.

The Game Developers Choice Awards also recognizes developers who have contributed to the art, science and craft of videogames. This year, the Pioneer Award was given to Riot Games’ cofounders Brandon Beck andMarc Merrill, who formed the most player-focused company in the world and created League of Legends, a title that hosts more than 27 million players every day and 67 million players every month.

The Ambassador Award, which recognizes those who help video games “advance to a better place” through advocacy or action, went to media critic Anita Sarkeesian, creator of Feminist Frequency, a video series that explores representations of women in game and pop culture narratives. The series, which ushered in through a massively successful Kickstarter campaign, has brought the topic of gender representation in games and ushered a spirited debate on the portrayals of women in video games.

This year, the Lifetime Achievement award was given onstage to the “Father of the PlayStation,” Ken Kutaragi, the man whose engineering prowess and technological foresight was directly responsible for the creation of the PlayStation hardware platform. PlayStation 4 lead architect Mark Cerny presented the award to Kutaragi, bringing two of the most important figured in PlayStation history together on stage.

“There were so many amazing and diverse games this year, ranging from the massive world of Grand Theft Auto V, to the heartbreaking and visceral game The Last of Us, to the thought-provoking Papers, Please. All the GDCA winners and nominees took risks that paid off in brilliant gameplay and unforgettable moments,” saidMeggan Scavio, General Manager of the Game Developers Conference. “It’s an amazing time for gaming, and we’re proud to recognize titles with mature narratives and innovative gameplay that are truly pushing the medium forward.”

The full list of recipients for the 14th Annual Game Developers Choice Awards are:

Best Narrative
The Last of Us (Naughty Dog/Sony)

Best Game Design
The Last of Us (Naughty Dog/Sony)

Best Handheld/Mobile Game
The Legend of Zelda: A Link Between Worlds (Nintendo EAD/Nintendo)

Game of the Year
The Last of Us (Naughty Dog/Sony)