A recent announcement revealed through a jaw-dropping teaser trailer that showcases the sheer power of duo Briar and Lute along with the challenges they’ll face as their world hangs on the brink of collapse, you can watch the trailer here.

Check out an extended gameplay reveal of Soulstice on its official website: www.soulsticegame.com. 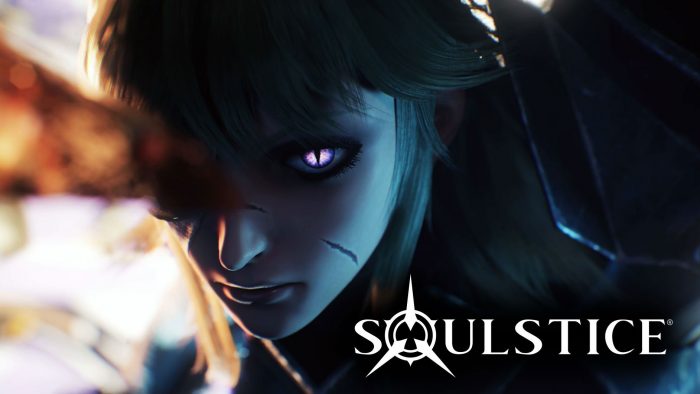 The Chimeras are hybrid warriors, forged from the union of two souls. They are the only ones who can oppose the Wraiths, ravenous creatures borne of Chaos itself. Both voiced by Stefanie Joosten (Metal Gear Solid V), Briar and Lute are two sisters who were turned into a Chimera: Briar gained superhuman abilities, but Lute was sacrificed to become her Shade, a spirit with mystical powers. When the city of Ilden falls to the invasion of the Wraiths, the two sisters are sent on a mission to reclaim it. Only by utilizing the abilities of both characters will players unlock their full potential and stop the invasion before it’s too late.

The sleek, fantasy-inspired world will transport players to places filled with danger and beauty. Thanks to a deep combat system with combos, multiple weapons and many customization options, Briar and Lute will have an endless array of methods to take down enemies as they explore Ilden, facing new threats around every corner.

Sign up to be the first to learn more about Soulstice at www.soulsticegame.com. Follow the latest details on Modus Games’ full lineup by visiting its official site, join their Discord channel (modus.games/discord), and follow @Modus_Games on Twitter.

Modus Games is one of the fastest-growing video game publishers in the world. The label prides itself on providing AAA publishing services to talented independent developers across the globe. For more information, visit www.modusgames.com.

Reply Game Studios is the development studio of the Reply Group. We are a team of dedicated professionals and we work hard to present our players with exciting AA games that feature high production values, deep gameplay experiences and engaging stories, on PC and next-gen consoles. For more information, visit https://www.reply.com/reply-game-studios/en/