An ancient city, a modern game

The city of Sparta, over which the legendary Menelaus and Helen ruled, was famed in ancient times for its warlike ways. Today, a game based on this ancient society — specifically, on the Greco-Persian Wars of the 400s B.C.E. — can be played on Sparta Official site: http://www.spartawarofempires.com. First, we shall outline the basic play for the game, then we will make a review of how good or bad it is. The image numbers refer to screenshots that I have taken. 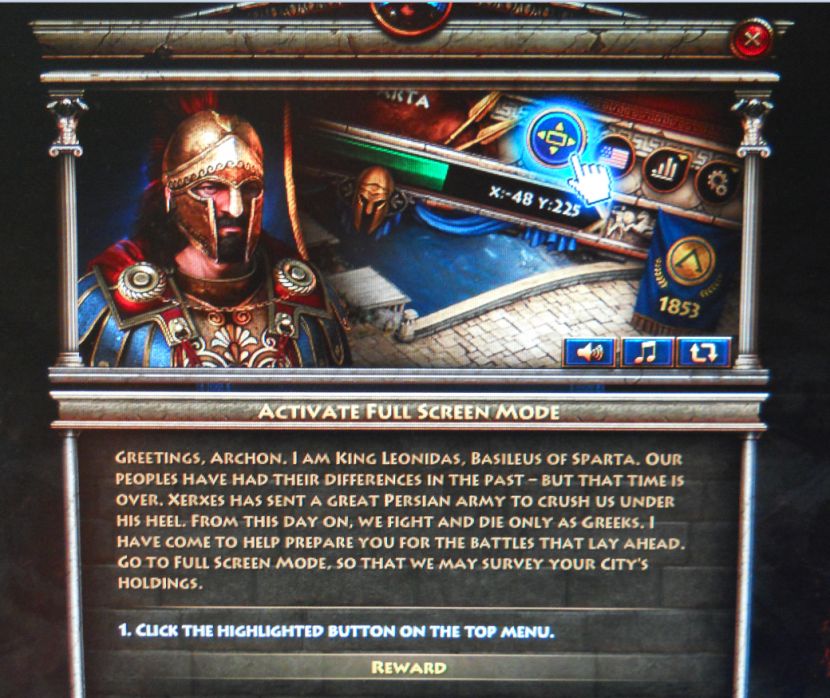 In order to play Sparta: War of Empire, you must sign up for an account, complete with an ID and password. When you click on “Play the Game,” the screen appears as shown above, with the words in the brown field being spoken by a warrior’s voice. If you can’t make out the words, they are:

Greetings, archon. I am King Leonidas, basileus of Sparta. Our peoples have had their differences in the past — but that time is over. Xerxes has sent a great Persian army to crush us under his heel. From this day, on, we fight and die only as Greeks. I have come to help prepare you for the battles that lie ahead. Go to full screen mode so that we may survey your city’s holdings.

Just under the words, you will see a “reward” of some amount and a button saying “Click to claim reward.”

The bulk of the game is devoted to erecting buildings and developing battle strategy. You will need such things as stone, metal and wood for building. You will also be setting up military units at strategic locations. Your task is to complete as many objectives as you can while

War of Empire is not a turn-based game like Civilization in the same series. However, things do take time, although you can buy premium items to speed things up; and you may be given a handful of such items when you first start the game. 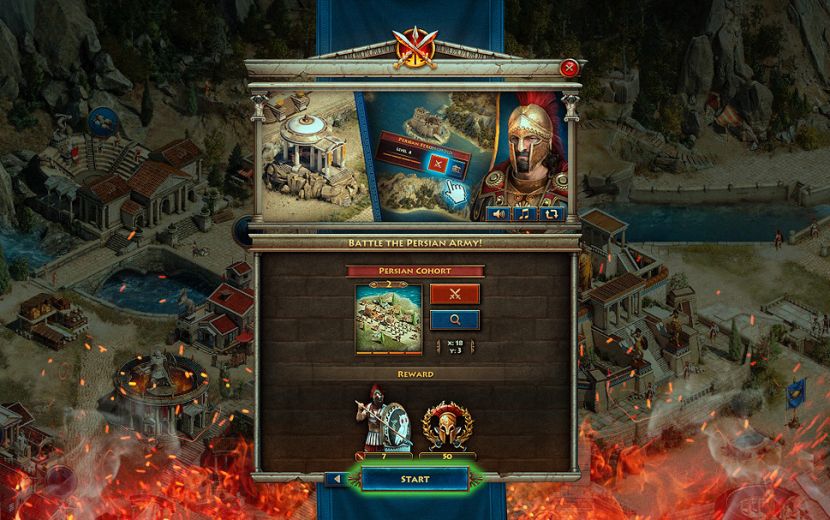 As you can see from the above shot, a variety of geographical entities are represented in War of Empire — Athens, Ithaca (the home of Odysseus), Rhodes, Iolcos (where Jason ruled), Crete, Argos and even Troy. This gives the game an authentic classical setting. The sizes of the cities that you build are limited, although you can unlock extra plots by making premium purchases. 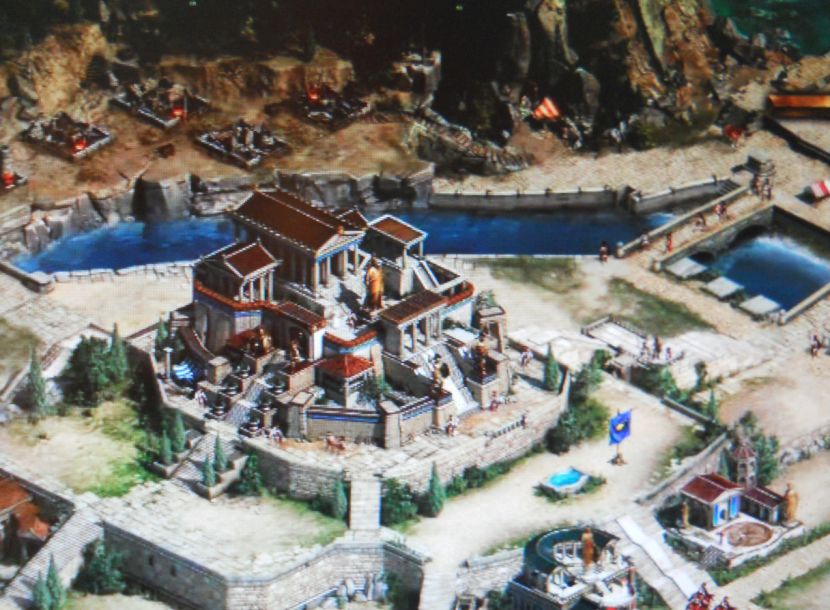 One of the biggest advantages of Sparta: War of Empire is that — unlike many other online games — it allows you to play in full screen mode and use the keyboard rather than the mouse to control the movements. It also allows you to do the research necessary to make new buildings and even talk to a couple of nearby players for advice on the best strategy for a given strategy. War of Empire is a multi-player, not a single player, game, which means that you can interrupt other players; if you are a novice player, however, you will not want to do so because then you will risk being killed.