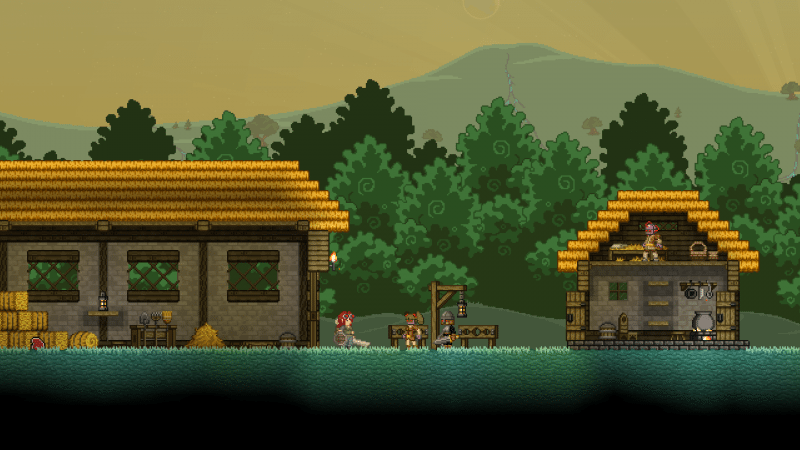 It’s been almost a year since I first did a review of Starbound, back then I was hoping the game would release in January of this year and boy was I wrong! Here we are approaching December and finally something has been said that could mark the next step in the life of Starbound. For those unfamiliar with Starbound I urge you to click here and take a look at my old article which still is all relevant. The game has really progressed since I last spoke of it, with the addition of tons of added features such as ships having upgrades, special power moves, fossils, new classes, new terrains and much much more, so much more in fact that the developers have been doing regular updates. Up until last month the developers were cranking out an update every day!

Well the beta has been discusses and there are currently a few ways in which the developers could be going about the beta, not only will there be multiple ways to approach the beta but it will also occur in three major parts.

This stage according to chuckle fish will be buggy and will come at a fast pace allowing for the Devs to get onto the next stage. This stage will help the Devs iron out the game, squashing bugs, improving performance, fixing issues and so on. It is also important to mention that the game will be updated constantly and players should expect to have to update the game frequently. Developers have also stated the possibility that this stage may cause the player to have to be always online so they can check for problems in their system.

While the main quest line will not be added yet by this stage, the game should almost be complete with an bug here or there but most of the game perfect for use by the general gamers. Tiy (main developer) has also tweeted that every part of the galaxy will be available to play including their end game content which is sector X.

Stage 3 is getting all prepared for the big ol’ game world that Starbound will be greeting. This will include the story missions and every other quest not included. Most bugs should be gone and the game should be near perfect, the game could be roughly a week to three weeks away from launch.

After the stages with some luck the game will release available for stand alone and to link with steam which is great news and could possibly see Starbound being available to play on the SteamBox and other consoles such as the OUYA. If you would like to get more updated with Starbound visit their website here.