I was randomly visiting other streamers the other week when I ran into Rockstomb who was playing the Legend of Zelda: Links Awakening Nintendo Switch remake and I dropped in to find he was in the middle of doing a speedrun.  I had of course read about speedrunner or people who try to complete a game in record time and try to break the top records and the level of time and dedication it takes to play the same game over and over and hone every action, every decision or choice in a menu and every step to make sure you trim down the play time to get the best possibly play time is commendable and completely overwhelming to me.  So I started chatting with Rockstomb and I wanted to learn more about his streams and his streamrun records.  This is my interview with the awesome Rockstomb.

Justin – Tell our readers about yourself  where you are from…etc. 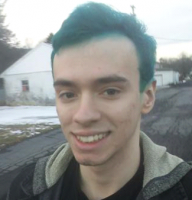 Rockstomb – Hello, My name is Luis aka. Rockstomb and I am a speedrunner and variety streamer. I have been speedrunning since August of 2018 when I felt like I took a heavy focus on streaming rather than just playing games with friends when I wanted. My favorite sport is soccer and I played it when I was a kid. I LOVE to lift and enjoy working out. My workouts personally are focused mostly around powerlifting with a bit of bodybuilding but mostly I enjoy lifting as heavy as possible. My three main lifts including deadlift, squat, and bench together at my peak was around 1010lbs at roughly 170lb bodyweight. I ran at GDQx which was at the 2019 TwitchCon where I ran Dead Cells. I have the world record for the any% categories and I am even in the Guinness Book of World Records for it! I like to have a good time and laugh so I say a lot of stupid things but if we have fun that’s what matters! 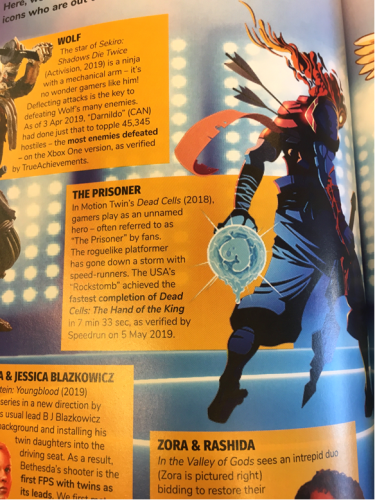 Rockstomb – This is an interesting question because when I think about when I started streaming I split it into two different times/dates. I started streaming kinda for fun back in October of 2017 and streamed just playing mainstream games with friends like league or fortnite or whatever and while I enjoyed playing with friends I don’t really look back on those times fondly as a streamer. I believe more so when I “started” streaming was in August of 2018 when I picked up a mobile game Pokemon Quest and became one of the top streamers/content creators for the game and began to build myself a bit of a community. So often I think of that more so being when I started streaming, providing two very different answers and time frames of how long i’ve been “at it” lol

Justin – So kind of like when you did it just casually as part of playing with friends, vs when you started becoming a “streamer” with intention to be a streamer.  What streaming platforms do you go live on most often (Twitch/Mixer/YouTube…etc)?

Rockstomb – I stream on Twitch and that is my main focus but I am starting work on YouTube possibly because I recognize it as another big opportunity to reach a new audience.

Justin – Yeah, YouTube is often where you want to keep your recordings/highlights and is the king of VOD, where Twitch is the king of live streaming.  What devices do you prefer to stream from? (Console, PC…etc)

Rockstomb – I stream from PC and I use a capture card to Stream from my Switch at times. I don’t really play PS4 and don’t own an Xbox personally so most of my gaming is on PC or Switch

Rockstomb – I have a two monitor setup with gaming peripherals including an mmo mouse and a mechanical keyboard. Most of which are chroma lol. I have an Elgato HD60S for my switch to capture game footage from it. I use a Logitech webcam and green screen which i’ve tried both using backgrounds and now no background for. My pc setup is a bit old by now as I have had it for quite some years but the last piece of hardware I put into was a 1070TI which was a nice upgrade!

Justin – Nice, yeah I see Nintendo Switch streams are popular, ironic that Nintendo has no native streaming capability like the other consoles and requires you to use a capture card.  What is your short term goal < 3 months and long term goals with streaming?

Rockstomb – As far as short term goals the biggest thing to me is to both enjoy what I am streaming and find things that I may like to add into my streaming schedules basically. It is easy for a game to lose a lot of popularity and support and for stream to feel stagnant or dull and I never like that feeling. So I want to be able to have games that I enjoy and have fun with at all times in a short term aspect. Having some variety really helps with this.

Justin – Yeah, I hear you about games losing popularity and support, you see some games get tons of viewers and peaks and then traffic just drops as there is new games and so much competition for games to watch.  Do you have any advice you give to other people wanting to get into streaming and entertainment?

Rockstomb – One major thing I like to say, almost as stated above is to enjoy what you play, BUT also enjoy what you stream. You can love a game and that doesn’t mean you will automatically have fun streaming it. People focus SO HARD on play what you enjoy but almost never is it mention to enjoy your streaming experience as well. Not enjoying streaming itself will only help lead to failure.

Justin – That is a good point, there are some games I like to play that don’t make for good streams, usually very tactical games that are slow and with a lot of reading involved.  Where, When and What Can People Find You Streaming and What Can They Expect From Your Streams (types of games, unique entertainment style/games)?

Rockstomb – I stream over on Twitch. Some games I have played include but are not limited to Dead Cells, Terraria, Death’s Gambit, Pokemon Quest, The Legend of Zelda: Link’s Awakening, Risk of Rain 2, Minecraft, and so much more! This last month I streamed every single day as part of a challenge but I typically stream a near full time schedule guaranteed Mon-Fri 8PM EST-2AM EST. Typically I am up later than that but I will almost always be live for 6 hours minimum before I wrap up. As said before I do Speedrun and variety content with a large focus on speedrunning. You can expect some high level gameplay but I always still keep a chatter going and try to have some good laughs with everyone. I have been complimented on how well I can read chat and do world record speedruns and I take the compliment with great pride!

Watch live video from rockstomb on www.twitch.tv
Justin – You seriously run some amazing streams and the dedication you have to playing the same game over and over to keep trying to break your record.  I don’t have that kind of patience, I have seen you have to go back and reload a save after taking too long on just one part compared to previous times, it takes pure dedication and commitment for sure.  I bet you are methodical in other aspects of your life too.  Do You Want to Give Any Shoutouts or Promote Anything?

Rockstomb – Honestly the biggest shoutout goes out to everyone that has supported me along the way. All my good friends I have made and the community I have been able to be a part of. Never did I think streaming would take me places it has and I am thankful for that!

I will provide the below links for sharing as well if anyone is interested:

Justin – Thank you very much for taking the time between your busy streaming schedule to complete the interview and I wish you luck on reaching more speedrun records.  For my audience if you want to see what dedication looks like and attempts to make speedrun records, go visit Rockstomb and give him a follow.  He is a very mellow tempered streamer that constantly engages and talks with his audience while he is honing his speedrun skills too.

Content Creator/Owner of https://t.co/iWP6afuOc9 for Tech, Game, Entertainment and streamer at https://t.co/594fXMdMIA
The new AUFERO Laser Engraver and cutter with an upgraded laser is now 5% off when you use promo code RJ7MZX2U at c… https://t.co/Nm6gstjOcD - 1 day ago