BANDUNG, Indonesia – March 13, 2018 – The turn-based RPG Azure Saga: Pathfinder is now available on Steam! A 2.5D epic featuring gripping combat, memorable characters and an intergalactic plot, Azure Saga is bound to surprise both sci-fi and fantasy fans on the hunt for a new, immaculately-designed JRPG. 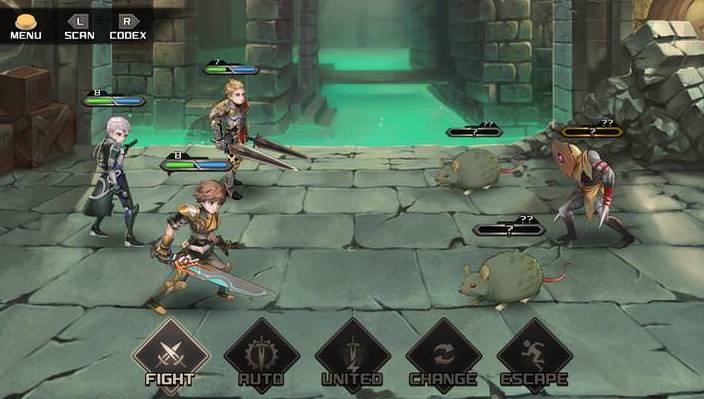 Far into the future, the human race has spread to colonies scattered across the known universe. Besieged on all fronts, humanity’s last hope is the legendary planet Azure – a world brimming with life and natural resources. Finding a new “home” is all that stands between borderline survival and certain extinction. Synch, a young scientist, takes off on a perilous journey to Azure – where he will hopefully reunite with his father…

Azure Saga is a JRPG – so expect random enemy encounters as you explore open flatlands, mysterious caves, and other unexpected locations. When in doubt, equip your characters with the best possible gear – along with powerful jewels – to deal massive damage to foes. Attack order, weapon choices, and skill use will determine the outcome every single time. Want better odds? Call upon party members to unleash United Skill attacks for multiple hit combos!

“With Azure Saga: Pathfinder, we wanted to rekindle the love for old-school JRPGs by zeroing in on what made them so fun to play,” says Andika Pradana, Creative Director at MassHive Media. “Featuring a really engrossing story about the importance of family, the game distills everything we know about classic JRPG battle systems and team-driven tactics. We hope RPG fans will enjoy their time in the beguiling 2.5D world of Azure!”

Azure Saga: Pathfinder is now available on Steam for $9.74 – 25% off retail. The game will return to its original price of $12.99 on March 20. Azure Saga is compatible with Windows and Mac.

Headquartered in Bandung, Indonesia, MassHive Media is an emerging indie game developer that strives to deliver exquisite gameplay by re-imagining the games they grew up playing. The team’s deep passion for games, illustration, and animation is the driving force behind the studio’s goal: to become a leading game developer in Southeast Asia. To learn more about Azure Saga: Pathfinder and MassHive Media, please visit http://masshive-media.com.

Content Creator/Owner of https://t.co/iWP6afuOc9 for Tech, Game, Entertainment and streamer at https://t.co/594fXMdMIA
These Are the Most Difficult Gaming Apps You Need to Try https://t.co/KjyyTBJAQp - 60 mins ago