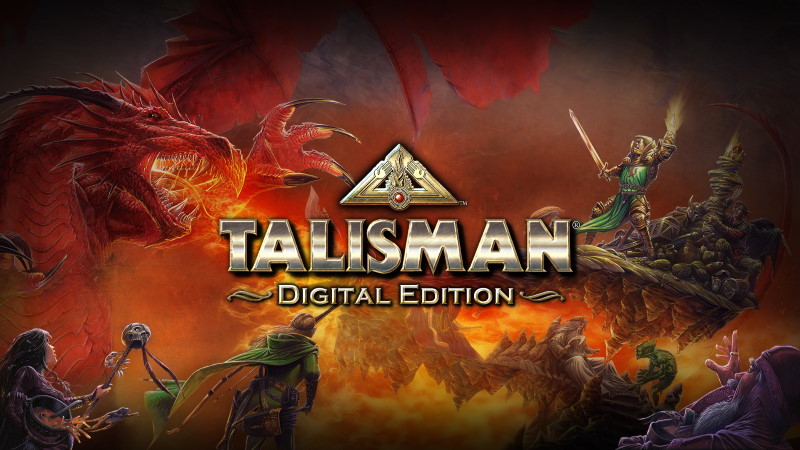 In Talisman, players embark on an epic quest through a land full of dangerous enemies and treacherous challenges. Players level up and increase their skills as they race against other players towards the center of the board in order to claim victory. Based on the Revised 4th Edition published by Games Workshop, Talisman: Digital Edition on Switch features online and local multiplayer for up to 6 players and cross-platform play across Switch, PC and mobile.

Nomad Games have also bundled the Switch version of Talisman: Digital Edition with three fan-favourite expansions for free: The City, The Sacred Pool and The Frostmarch. These expansions offer new characters, mechanics and cards to encounter, and showcase the extra depth that can be added to Talisman through its many expansions.

There will also be a range of expansion bundles and character packs available for players to purchase at launch. On March 19th, Nomad Games will release a number of bulk discount bundles onto the eShop, including the ‘Complete Expansions Bundle’ and ‘Complete Characters Bundle’ along with an Ultimate Upgrade Bundle for the Talisman player who wants it all.

“Since its original release, Talisman: Digital Edition has been one of our most loved titles, and we can’t wait to see Switch owners fall in love with it too.” said Don Whiteford, Managing Director of Nomad Games. “The portable nature of the Switch makes it an excellent fit for digital board games and on a big TV Talisman is a great couch game too. We hope Nintendo fans enjoy what we’ve created for them with Talisman: Digital Edition!”

Talisman: Digital Edition is now available for Nintendo Switch, and is also available for PC, PS4 and Mobile. The Switch release will retail for £17.99/€19.99 or your regional equivalent. 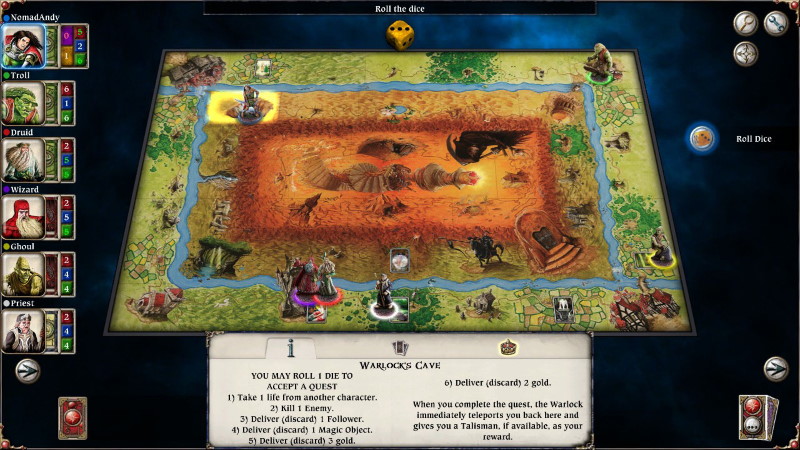 Nomad Games is an independent video games developer and publisher based in Lymm, Cheshire. It was formed in 2011 by a small team of veteran digital developers, with over 20 years of experience. The company has evolved from the team’s passion for digital gaming on PCs and mobile devices, and is expanding its business to offer publishing services to niche developers and license holders of tabletop games. The company is best known for its digital version of the classic Games Workshop board game Talisman, which has sold over a million units on PC, Mac, Android and iOS formats.

Games Workshop® Group PLC (LSE:GAW.L), based in Nottingham, UK, produces the best fantasy miniatures in the world. Games Workshop designs, manufactures, retails, and distributes its range of Warhammer®: Age of Sigmar® and Warhammer® 40,000® games, miniature soldiers, novels and model kits through more than 529 of its own stores (branded Games Workshop® or Warhammer®), the www.games-workshop.com web store and independent retail channels in more than 50 countries worldwide. More information about Games Workshop and its other, related, brands and product ranges (including our publishing division ‘Black Library’ and our special resin miniatures studio ‘Forge World’) can be found at www.games-workshop.com.