There are many times when our computers slow down. Sometimes we are able to do simple things like clear the internet cache, defrag the hard drive and empty the trash and while that takes a little time to do, it usually gets the job done, but there are so many other things that can be done and unless we make a check list and have the time to go to every location needed to perform each task, we will forget something and often times will spend way more time on the task than we ever wanted to, and that will cause many of us to shy away from so important a task. Enter Iolo System Mechanic 14. 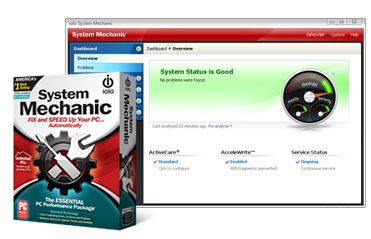 With System Mechanic you can click a single button and do all the needed tasks all at one time and at the same time auto boost areas of the computer that would take you way more time than you have to do it manually. In about 20 minutes while I was doing other things, System Mechanic defragged my registry, optimized my C: drive, Recovered and Defragmented my system memory and made a backup of my registry, and all from a single click of the mouse. In the background it was fixing problems with programs that cause memory lag, and balancing the use of my quad core processor for optimal speed and performance. 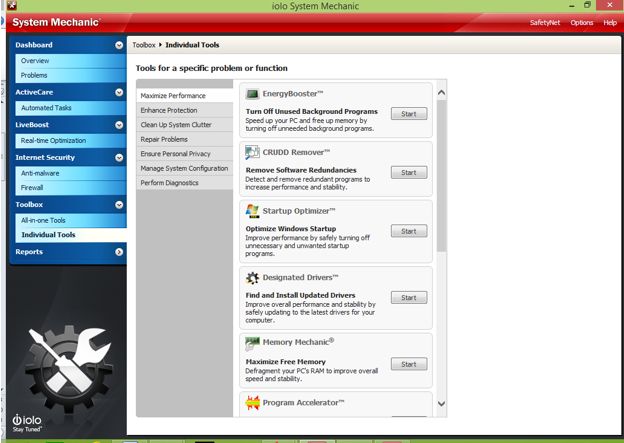 For added boosts there are additional options as well such as turning off background apps, and removal of redundant software and files. And a feature I like when doing things like this is that the software will give you a more detailed understanding as to what the program is before you decide to stop it or shut it down. An example from my own system is “AMD External Events Utility” I can say until using this program I had no clue it existed let alone what it does, but after reading a little about what it does, and even though most of the software users chose to turn it off, I chose to keep it on. 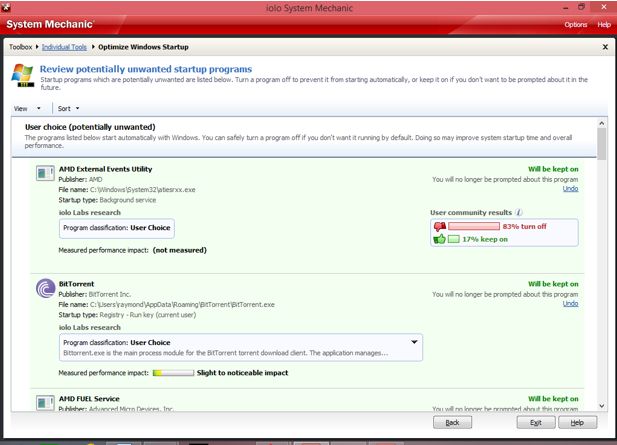 You can see the percentage of people who turned it off compared to those who kept it on. It is also helpful when the impact of that decision has been measured such as in the case of bit Torrent where turning it off or on has little to almost no impact. 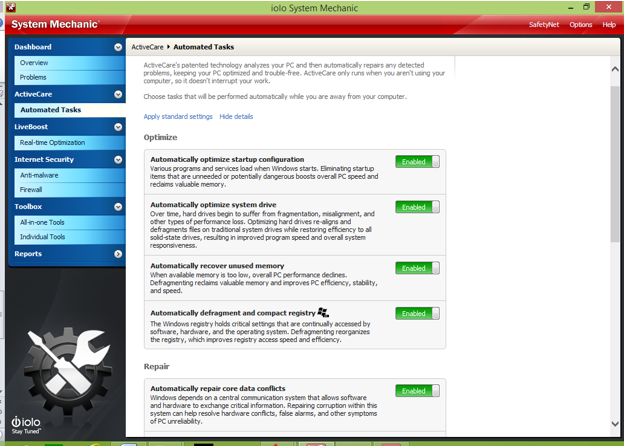 Perhaps the nicest thing about the program aside from the automatic tasks is that you can enable or disable any feature at ease. You can also see at a glance if there are any problems that need immediate attention.

I have found that over all this software is very easy to use, easy to understand and so far has not caused any problems with my computer. Everything it does can be undone and that is a blessing. While there are a few features I have not tried such as duplicate file removal that too is shown in a way that even a novice should be ok using it, although I urge caution when deleting anything on your PC.

I give this software program big thumbs up and recommend it highly for ease of use and overall thoroughness of performance.