In the realm of automobiles, the electric vehicle (EV) is a relatively new concept. Although some automobile manufacturers have built their whole business model around being proactive and using electricity, others provide hybrid vehicles that run on electricity and gas. An electric vehicle, such as the Nissan Leaf, Ford Focus Electric, Tesla Model S, or Chevrolet Volt, is a fantastic way to save money while contributing to a healthy and stable environment.

Cars generate a lot of carbon dioxide into the atmosphere, putting us at risk of pollution and greenhouse gas emissions. So an electric automobile is a significant step forward in favourably assisting the environment in which we live. In addition, you can get government subsidies for being environmentally aware if you buy an electric automobile. Although you may wind up paying more for your vehicle, the benefits far outweigh the disadvantages. When it comes to investing in an electric car, though, there are two sides to consider.

Advantages of an Electric Car

As a consumer, owning an electric car may be a fantastic way to save money on gasoline. However, there are numerous reasons why you should buy an electric vehicle in today’s technology world.

Electric cars employ electrically powered engines, which removes the need for lubrication, everything linked to the combustion engine, and many other maintenance chores associated with gas engines. On average, a gas-powered car costs approximately 15 cents each mile, whereas many electric vehicles cost less than five cents per mile.

These cars may be fuelled for very little money, and many new vehicles will provide good incentives for being green, such as government money back.

The most prominent advantage of an electric vehicle is its low environmental impact. Because electric vehicles’ engines are powered by electricity, they are so ecologically friendly. It does not emit any harmful fumes or smoke into the environment because it runs on a clean energy source. They’re even better than hybrid cars since gas-powered hybrids pollute the environment.

Electric vehicles are becoming increasingly popular. With increased popularity, many new types of automobiles are being introduced to the market, presenting you with a plethora of options in the future.

Both electric and gasoline-powered vehicles are subjected to the same tests and examinations. Being able to handle different driving conditions makes them safer to operate.

Previously, having an electric vehicle was too expensive. To learn more about any state or federal tax credits that may be available to you, speak with a tax professional.

Electric cars employ electrically powered engines, which removes the need for lubrication, everything linked to the combustion engine, and many other maintenance chores associated with gas engines. As a result, another costly engine repair is no longer necessary. As a result, you won’t need to visit the mechanic as often as you would with a traditional gasoline-powered vehicle.

EVs are powered by rechargeable batteries that are put within the vehicle. Tail lamp manufacturers have developed the batteries to power the automobile and keep the lights and wipers working. Electric vehicles have more excellent batteries than traditional gasoline vehicles. It’s the same type of battery that’s often used to start a gasoline engine. The main difference is that there are more of them in electric cars, which are utilized to power the engine. 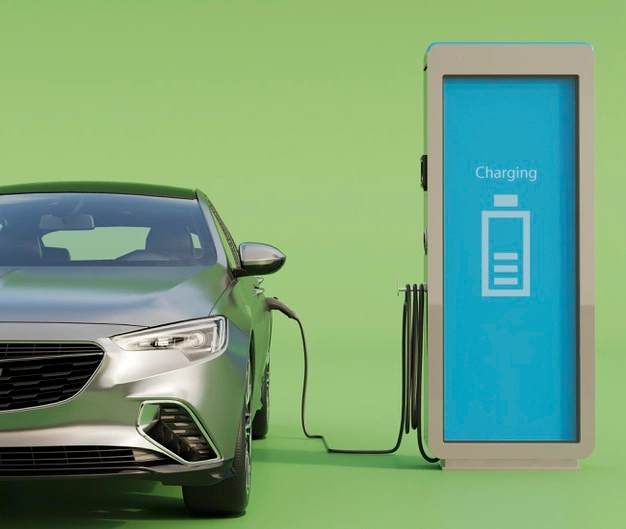 Disadvantages of an Electric Car

Even though the benefits of purchasing an electric vehicle have become readily apparent, there are still some drawbacks to consider before purchasing one. These are those negatives:

Electric vehicles may be a strain on your energy cost if you don’t consider your options carefully. In addition, you could be making a mistake if you haven’t done your research on the electric automobile you want to buy. Finally, electric cars may require a hefty charge to work correctly, which might harm your monthly power cost.

Electric vehicles are similarly limited in terms of range and speed. Before needing to be recharged, the bulk of these cars range from 30-90 miles. Right now, you can’t use them for long travels, but that is expected to change in the future.

A gasoline-powered car may be fully charged in minutes, but an electric vehicle might take anything from 4-6 hours to a day to fully charge. As a result, you’ll require specialized power stations because charging them takes a long time. As a result, the time commitment and necessary planning deter some people. Some kits may be able to assist you in speeding up the charging process. But, once again, it will be an extra cost.

5. Silence as a Disadvantage

People prefer to hear noises coming from behind them. Thus silence might be a disadvantage. But, on the other hand, an electric vehicle is silent and, in some instances, might cause accidents.

The bulk of electric vehicles now on the market are small and only have two seats. They aren’t intended to accommodate an entire family, and adding a third passenger may make the journey uncomfortable for the other two.

Just because there are several variables does not imply they must be overwhelming. Conducting extensive study into various models, including hybrids, can assist you in making an informed selection moving ahead. Regardless of how you look at it, electric parts have the potential to rescue our beautiful ecosystem.