Hello, fellow confused player. You’ve probably already noticed, just by reading the title, that there is more than one RuneScape. For those of you who were away for the last few years and didn’t play RuneScape, that might be perplexing. First question might be: “If there’s RuneScape 3, well where is RuneScape 1 or 2 then?”. Today we’re going to answer this question and more.

How Many RuneScape’s are There?

First things first, RuneScape 3 is not just a random title, there’s continuity to the naming process. The first released version of RuneScape is now known as RuneScape Classic or RuneScape 1. This version is very old and is now officially shut down. If you were angry with how many new things were introduced to RuneScape 3, including the graphics update, now that it’s very likely you’ve been playing an updated version of the game – RuneScape 2. This is how RuneScape 1 looks:

That’s right, some of you didn’t even know this existed! The game started gaining a lot of momentum when an updated 3D version which became known as RuneScape 2 was released. You can learn more interesting facts about the game at probemas.

The first thing that always catches the eye is the graphics, it simply cannot be anything else. RuneScape 3 boasts updated graphics, higher resolution and more detailed effect animations as well as a new art style. This was welcomed by some, while criticized by others. Everyone‘s entitled to their opinion, however, developers of such long lasting titles often feel like the game cannot remain looking the same for a decade. You can easily tell which version you‘re playing just by looking at your RuneScape client without entering the actual game. Here‘s how RuneScape 3 client looks: 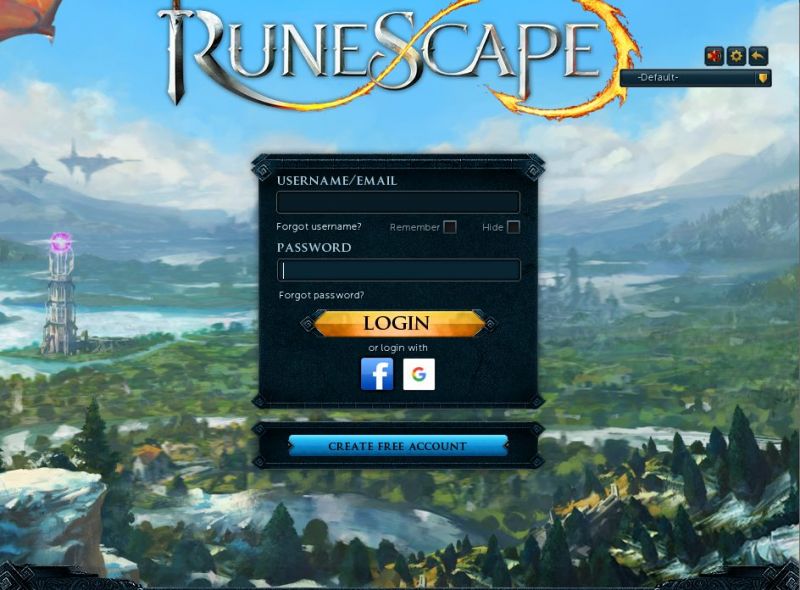 And this is how Old School RuneScape client looks:

The graphics is not the only thing that changed with the release of RuneScape 3. In the community RuneScape 3 is also sometimes called EoC standing for Evolution of Combat. That is due to the fact that skills were introduced in combat. They are not that plenty as in some other titles, but enough to be impactful. While OSRS depends on clicking on your opponent and timing your attacks and other actions and changing gear depending on the situation, RuneScape 3 offers custom playstyle with the help of both items, timing and using different skills. However, it’s also possible to play the way you were used to with the old combat system. This is done via the options interface.

Experience is gained differently in RS3. Although, you gain it from grinding and questing as per usual, there is also a feature called Treasure Hunter through which you can obtain various rewards including experience lamps. In addition, there are regular events called “Double XP Weekends” when players receive more XP for the same actions. In contrast, Jagex has stated that there will never be such features in OSRS.

RuneScape 3 contains tons of new content: more skills, quests, elite dungeons, items, etc. It is especially focused around the end game content, meaning that the real fun begins once you get close to maximum level. OSRS on the other hand, was intended to be maintenance only and reserved for paying players. Due to the popularity of the game, however, it was not only opened up for free-to-play players, but also began to receive small updates which grew bigger and bigger. One unique feature of OSRS is the poll booth where players can vote on suggested updates.
Players who’ve made their way to the Grand Exchange in RS3 must’ve noticed two things: first, there are portals called “lodestones” via which it is possible to travel a lot faster with no skill requirement. Another is that prices on the GE are super inflated when compared to OSRS. This is attributed mostly to the above mentioned Treasure Hunter. So if you feel like your pockets are not full enough, make sure to get some RS3 gold right now!

In conclusion, RS3 and OSRS are two different games. Their essential difference, however, is not the graphics: it’s the gameplay and the microtransaction system. It’s up to you to choose which game you prefer, but before you decide we suggest you try out both!