Wearable devices may have not taken off with the same growth rate as mobile phones, but the sector is steadily growing. Worldwide shipments of wearables rose by 8.5% in 2018 compared to the previous year. The cloud market, on the other hand, grew an impressive 21% according to one Gartner research. This growth is fueled by multiple innovative solutions introduced in the past year including the AWS Transit Gateway (TGW).

Based on the latest study of the International Data Corporation (IDC), a combination of mobile internet, innovative cloud services, and wearables has led to the development of new consumer and business use cases that are seen to drive demand. End users will benefit from the combined benefits of mobile, wearable, and cloud solutions. 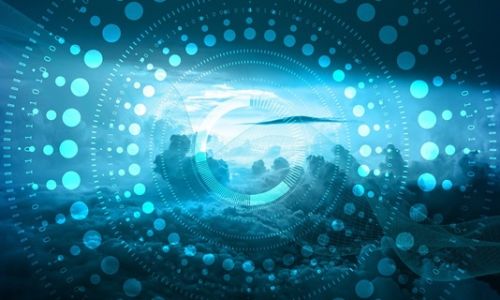 According to IDC senior research analyst Jitesh Ubrani, basic wearables will continue transitioning into becoming smart devices over the next five years as they are expected to reach market share parity by 2022. Ubrani says that the growth of smart wearables will not only happen in mature markets but also in emerging economies in the Asia Pacific. Interestingly, research suggests that Japan is going to play an important role in this growth as it takes up a third of the global market of wearables.

In terms of operating systems, the Apple WatchOS will continue to be the leader albeit with a declined market share. In 2018, WatchOS had a market share of 44.4%. The IDC research sees this number dropping to 35.8% by 2022. Other wearable platforms will be gaining traction in the years ahead, with the Android wearable OS taking a 22.4% share in the next three years.

Based on IDC’s assessment, consumers can expect new developments focusing on healthcare. Smartwatches and other wrist-worn devices will be playing a critical role in all of these developments.

Innovations and new developments will not only be about the hardware and capabilities of wearables. Developers will be creating more and more applications for smartwatches and smart bands, particularly related to healthcare and fitness. These apps usually rely on internet connection to be fully functional.

Apps on wearables enable the personal cloud, a concept introduced back in 2016. As wearables become more popular and cloud services become more prevalent, the years ahead can expect significant progress in the convergence of wearable and cloud technologies. An IEEE paper published a few years ago envisioned wearable cloud systems that are simple, inexpensive, and lightweight. These are now easily achievable with more advanced technologies and more competitive pricing for cloud solutions.

The intermingling of wearable and cloud technologies can only be beneficial to consumers, especially in the aspect of healthcare. With this, it becomes easier for health service providers to monitor patients and for patients to be more aware of their conditions. Cloud-wearable setups can also be useful in other settings such as digital security (using wearables as authenticators) and interaction with Internet of Things devices.