Like many parents I am quite familiar with Minecraft the sandbox game based on Java which became a phenomenon across multiple platforms. Here is a game that is brilliant in it’s pure simplicity, you basically have a randomly generated world with a finite number of “mobs” or monsters/creatures/NPC’s that you can run across many of the dangerous ones which spawn at night. There are modes for survival, creative and an adventure mode which is a locked down mode meant to play a specific preconfigured adventure that was created. The beauty of Minecraft was because it was written in Java it was so easy to port onto so many different platforms and yet still have the game nearly fully functional cross platform. You had Linux, Windows, Mac versions right off the bat and they quickly followed into iOS, Android, Xbox 360, and now even PlayStation 4 versions of Minecraft. The game has sold over 150 million copies and has spawned numerous modpacks, variations of the game and they even have their own Minecraft Realms hosting solutions. 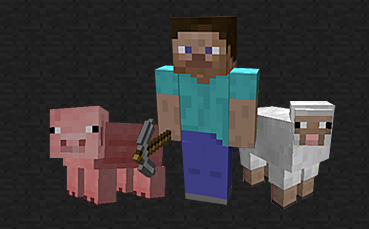 The odd thing is Microsoft comes in and buys Mojang which never had success with it’s later games at the point where Minecraft may already have max saturation. Though the game releases updates on a regular basis we are talking about investing in a property that is at peak saturation and really adoption can only slow for older generations as more and more choices come up in the sandbox game genre. While there is still a lot left they can do in the game, I can see my 11 year old goes back to Minecraft at half the frequency he used to one year ago, though my eight year old plays it often. I can’t figure out how and why Microsoft purchased this company if not to expand into the video game market. Some would argue that they are trying to leverage Minecraft as a means to push Mobile phones and tablets, but the problem is the game already exists for iOS and Android, so they would have to make some compelling versions or updates to the game for Windows Mobile that can’t be found on other platforms. If they really wanted to vest in Minecraft they should have done it before it released for PlayStation 4 and kept it exclusive on Xbox One to sway some of the younger generation to prefer Xbox One to PS4 if that was the primary game they wanted.

I just have a hard time seeing how Microsoft is going to recoup that 2.5 billion dollar investment, unless Mojang with Microsoft are able to produce additional properties that can capture the audience and success of Minecraft. I potentially see this in being able to release premium modpacks and pre-made sellable adventures. One thing about Minecraft that my kids are constantly looking for is new modpacks and new Adventure maps, especially multiplayer server based adventure maps. There is a chance Microsoft can make a monthly subscription service for Minecraft which delivers new adventure maps every week, new modpacks, texture packs and this potentially can lead to a revenue stream that provides new mobs, new tools and adventures for a small reasonable fee. It can’t be more than a family would be willing to spend or some in-app purchases, but if Roblox and Wizard 101 can charge a monthly fee, I can see Minecraft doing that specifically for some sort of adventure map/mod pack/texture map subscription.

When I play Minecraft with my kids, I really am looking for it to have more objectives and random quests, goals, missions and probably 10-50 more mobs with increased progression levels. I want to see levels augment hitpoints like a more true RPG and add in a dozen more types of weapons, armors, crafting and magic. Make Minecraft even more like an open sandbox RPG, keep tossing in more RPG elements and I can see it still becoming more popular. It can be like Dungeons and Dragons Unlimited Adventures which was one of my favorite games back in the day where I can make adventures for my friends to play and play them myself.

Still, with all that and seeing how other game studios have imploded after one hit wonders and collapses after IPO’s were so promising, I really am not sure if this will pay dividends for Microsoft as far as bringing in the revenue or adoption of Windows Mobile if that was their strategy, or for Minecraft fans as if some of the above I mentioned were to come true it could stifle the independant mod community that still exists and potentially cause limitations, restrictions and have the opposite effect of an Open Sandbox game.

What are your thoughts of the Microsoft Mojang purchase? Do you predict this will expand Minecraft or benefit Microsoft, or be the end of Minecraft?