When it comes to slot games, the sheer wealth of themes on offer is astounding. One of the most common things for developers is to take a well-known blockbuster and use it for a slot game, knowing that the notoriety of the picture will be a good way to attract players. Examples of this are action titles like The Dark Knight and Tomb Raider. There are plenty of smaller films which have made it onto the reels, though, including a few great comedies. This is thanks to Blueprint Gaming, who found the genre to be an untapped niche for online slots.

Sausage Party is a hilarious slot based on the 3D animated adult comedy of the same name from Sony Pictures Releasing. The game, which is one of the top-rated online gambling games at Paddy Power, features all the fan favorite characters from the movie along with six different bonus rounds. It has five reels and an RTP of 95.95%.

Sausage Party was a unique premise for a picture. The idea came from the brilliant minds of Seth Rogan, Evan Goldberg, and Jonah Hill. The film was hugely successful, raking in $140.7 million against a production budget of $19 million. This made it the highest-grossing R-rated animated film of all time. 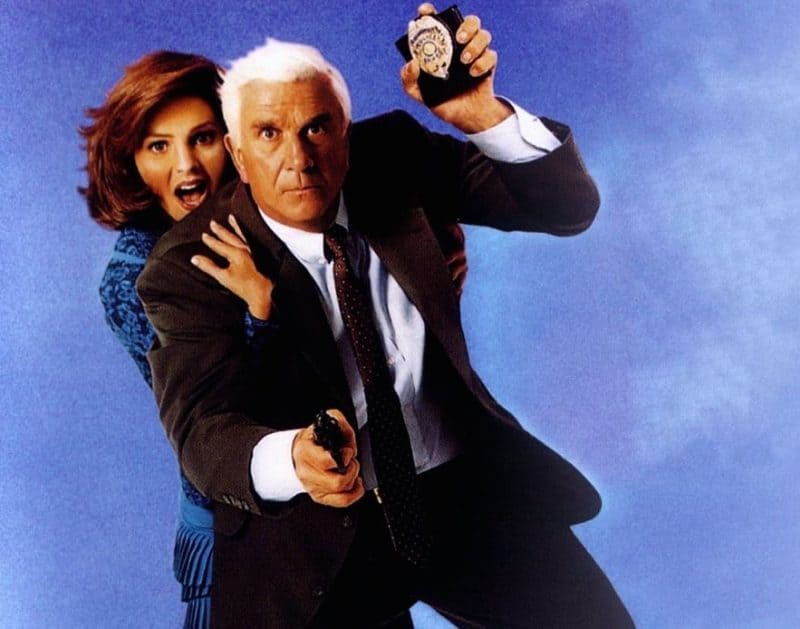 For nostalgia-seeking comedy fans, The Naked Gun slot will be a highly tempting option. The five-reel, three-payline game features the instantly recognizable face of the hapless detective Frank Drebin, played by the legendary comic actor Leslie Nielson. The game has an RTP of 93.57% and is scalable to fit any screen perfectly.

Playing this title will bring back fond memories for many people who remember the golden age of spoof movies in the 1980s. David Zucker’s The Naked Gun was a continuation of the television series Police Squad!, which aired for six episodes in 1982. The film was well-received and is regarded by some as one of the greatest comedies ever made.

The Spinal Tap slot game takes its name from the fictional rock band from the mockumentary This is Spinal Tap. The game, which boasts features that go up to 11, will also evoke feelings of nostalgia for the classic 1984 film in players. It has 243 ways to win with one of the seven features available being the Wheel of Fortune, which gives players a chance to win the top prizes.

The Rob Reiner creation is a cult film which has been described by cinema critic Jeremy Arnold as “one of the most influential movies of the past 35 years”. Because of the film’s success, some of the band members have gone on to appear in other media, including The Simpsons.

It was a great idea for Blueprint Gaming to identify the lack of comedy games in the slot market and fulfil this need. These games are not only going to fill players with joy, but they may also lead players to watch these classic offerings for a second time and laugh all over again.