In the past few years marketers all over the world had to face the hard truth: traditional TV and media advertising doesn’t faze young people anymore. To solve this issue, ads have moved to more relevant social media channels such as Instagram, Twitter and YouTube. While it did solve the issue at first, now, with a massive overload of social media adverts, younger generations have become apathetic to #sponsored content, sick of hearing the same brands over and over again.

So how do you stay relevant and reach your target audience? Out of all fields, politics seems to have cracked the nut. Get ready to match with some Tinder bots that have some strong opinions about the current political climate.

‘Hey Lovely, Who Are You Voting for?’

The biggest case of a Tinder bot employment didn’t come from a political party directly, but rather from two young women who hoped to tip the scale against the Conservative party in the UK’s General election of 2017.

Yara Rodrigueus Fowler and Charlotte Goodman began encouraging their actual Tinder matches to either vote for a non-Conservative party or sent information on where to find the nearest polling station in their city. The project gained speed when two software engineers, Erika Pheby and Kyle Buttner, got on board. The two designed a Tinder chatbot that followed a script with the option for a person to take over at any time.

In the two days leading up to the General election, the bot started chatting up thousands of people between the ages of 18 and 25. With the help of people who ‘volunteered’ their Tinder accounts for the campaign, the bot swiped right on all people, and if they swiped the same, a match would be created. Then the application would strike up a conversation about who the other person is going to be voting for. If they answered with the non-Tory party, the bot would send them a link to the closest polling station. If they weren’t sure who to vote for or chose a right-wing party, the bot then would explain the benefits of voting for a progressive party or criticize Tory values and policies.

The creators claim they faced little to no criticism when other users found out they were talking to a bot at first. Maybe because it was done on such a laid-back platform as Tinder or maybe because it all happened in the middle of a heated discussion about the future of the UK. Say what you want, but the turnout of young people in the election was greater than ever. Granted, Tories won, but the amount of people voting was a victory for a non-traditional advertising in itself.

When I was doing my research on politically involved Tinder bots, I stumbled upon Suraj Patel’s political campaign of 2018. It seemed that the same phrase kept coming up, over and over again: Tinder banking (Google kept asking if I meant Tinder dating. Not this time, you search engine).

Tinder banking surfaced with Suraj Patel’s campaign when running for Congress in New York City. The Democratic candidate didn’t use Tinder bots necessarily, but relied on his staff and volunteers to make accounts, put up attractive photos and get to swiping. When matched, Suraj Patel’s staff would start inserting political questions into conversations. However, quite early on in every conversation, the staff would come clean about what they were doing.

Mr Patel himself admits that even if it was borderline catfishing, it allowed him to reach certain people who wouldn’t have considered voting otherwise. Knocking on people’s doors, standing outside supermarkets or even the blueprint telephone banking might have worked on previous generations, but millenials have to be counted out. 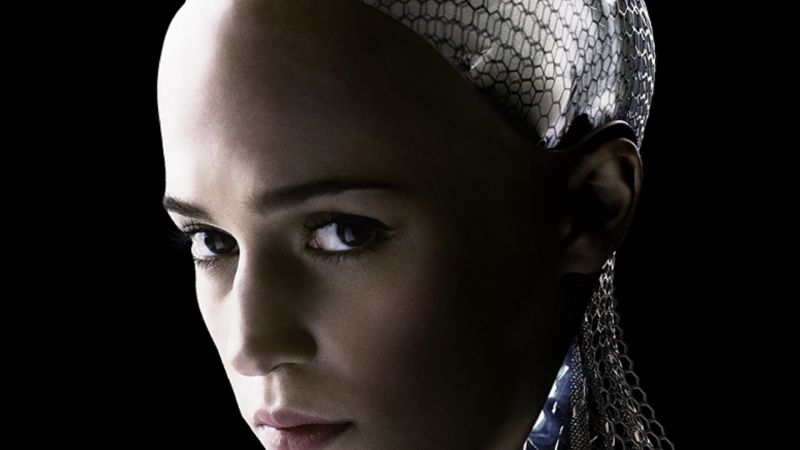 Not Every Bot Is All About Politics: Meet Ava

As I mentioned before, politics isn’t the only field that has had their go at Tinder marketing. One of the most interesting cases that I could find is the short-lived Ava phenomena.

In 2015, Tinder users in Austin started matching with a 25-year-old girl named Ava. Conversations with Ava would follow the same script: she would say that she’d like to get to know the other person and start asking hard-hitting questions such as ‘have you ever been in love?’ and ‘what makes you human?’. If you answered all questions, Ava would let you know that you’ve passed her test, and ask to look at her Instagram profile to see if she would pass yours. So what was behind the pretty face and the @meetava handle? A promotion for the newest Alex Garland’s sci-fi movie Ex-Machina.

It’s only fitting that a film about an android learning what love is gets advertised on a dating site. Some users called it spammy, some – deceiving. However, from a marketing perspective, I’d call it nothing less than brilliant.

So at this point, we must ask ourselves: is dating app botting the future of digital advertising? Is it going to replace social media ads? To be frank, I don’t think so. But I do see more and more companies leaning into this approach, especially when trying to sway young people and get their direct responses. And what better place to do that than a platform full of people ready to chat.