Total War: WARHAMMER II unveils the mystery-shrouded continents far to the west of The Old World. Featuring four iconic new races from the Warhammer Fantasy Battles world – the High Elves, Dark Elves, Lizardmen, and a fourth yet to be revealed – players will battle across enchanted isles, bleak hinterlands, treacherous swamps and perilous jungles.

In a Total War campaign like no other, players will struggle for dominion over the ailing Great Vortex that has swirled for millennia above the elven homeland of Ulthuan. Performing a series of arcane rituals, each race must save or disrupt the Vortex according to their motivations – a struggle culminating in a cataclysmic endgame. Territorial conquest is no longer enough… this is a race for control that will define the fate of the world!

Total War: WARHAMMER II will offer hundreds of hours of immersive gameplay in this epic new campaign. Furthermore, a huge combined campaign map featuring the old and new world regions will be available for free shortly after release to players who own both Total War: WARHAMMER I & II.

“Total War: WARHAMMER II represents the next step in our trilogy, our vision for the most incredible fantasy strategy series ever made,” said Game Director, Ian Roxburgh. “The success of the first game has increased our ambition; we’re not only going to deliver a thrilling campaign in the sequel, but also an additional combined campaign, the biggest so far, for owners of both.”

“We’re thrilled to see the sequel to last years smash hit Total War: Warhammer coming later this year.“ Said Jon Gillard, Head of Licensing at Games Workshop. “Sega and The Creative Assembly continue to astound us with their ability in crafting the Warhammer Fantasy Battles world in further glorious pageantry, with races never realised on this scale before in a video game. We are proud to be in partnership with them on this next great step in the franchise.“ 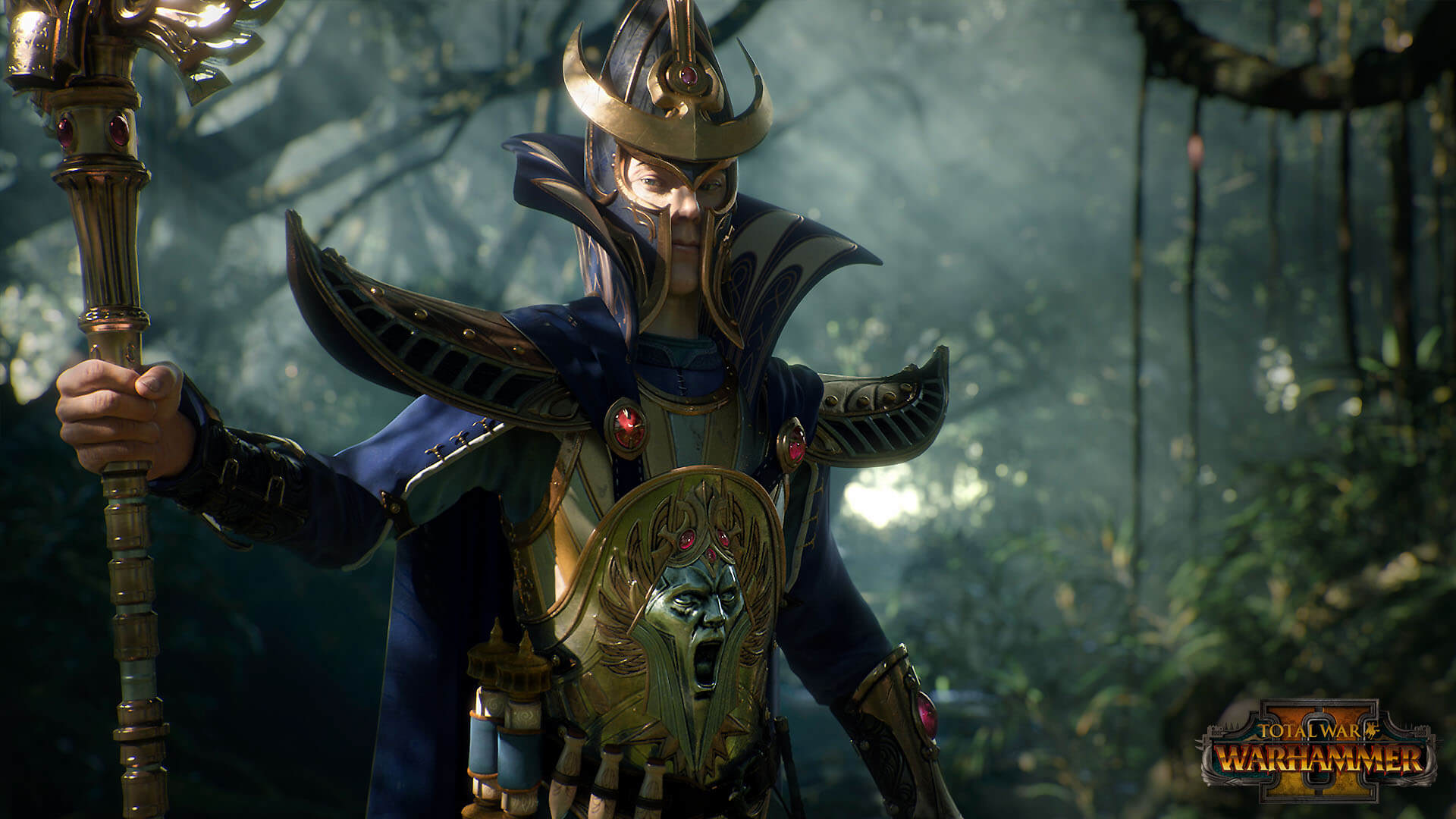 Multi-million-selling Total War is one of the most critically-acclaimed series in gaming; now  over 15 years old. A drive for historical authenticity and superb gaming quality has helped establish the franchise as one of the most successful PC games of all time. Alongside the core historical-based games, the Total War series has expanded to include free-to-play mobile (Total War Battles™: KINGDOM) and PC titles (Total War™: ARENA), currently in development. Their dedicated development teams are joined by those working on Total War: WARHAMMER and future Total War titles. Total War’s website is located at http://www.totalwar.com

Creative Assembly is one of the UK’s leading games development studios, founded in 1987 and located in West Sussex, UK and in Sofia, Bulgaria. With a heritage of award-winning AAA titles, including the multi-million selling Total War™ series, Creative Assembly continues to build an impressive portfolio of games and world-renowned partnerships; working with Games Workshop on Total War™: WARHAMMER®, Wargaming Alliance on Total War™: ARENA, Twentieth Century Fox on Alien: Isolation, plus 343 Industries and Microsoft on Halo Wars 2. Creative Assembly has, with their exceptionally talented team of over 500, amassed a wealth of awards, including recent accolades from BAFTA, Music+Sound and Develop’s Industry Excellence awards. http://www.creative-assembly.com

Games Workshop® Group PLC (LSE:GAW.L), based in Nottingham, UK, produces the best fantasy miniatures in the world. Games Workshop designs, manufactures, retails, and distributes its range of Warhammer®: Age of Sigmar® and Warhammer® 40,000® games, miniature soldiers, novels and model kits through more than 460 of its own stores (branded Games Workshop® or Warhammer®), the http://www.games-workshop.com web store and independent retail channels in more than 50 countries worldwide. More information about Games Workshop and its other, related, brands and product ranges (including our publishing division ‘Black Library’ and our special resin miniatures studio ‘Forge World’) can be found at http://www.games-workshop.com.

© Copyright Games Workshop Limited 2017. Warhammer, the Warhammer logo, GW, Games Workshop, The Game of Fantasy Battles, the twin-tailed comet logo, and all associated logos, illustrations, images, names, creatures, races, vehicles, locations, weapons, characters, and the distinctive likeness thereof, are either ® or TM, and/or © Games Workshop Limited, variably registered around the world, and used under licence. All Rights Reserved to their respective owners.

SEGA® Europe Ltd. is the European Distribution arm of Tokyo, Japan-based SEGA Games Co., Ltd., a, and a worldwide leader in interactive entertainment both inside and outside the home. The company develops and distributes interactive entertainment software products for a variety of hardware platforms including PC, wireless devices, and those manufactured by Nintendo, Microsoft and Sony Computer Entertainment Europe. SEGA Europe’s website is located at http://www.sega.co.uk