Calabasas, CA – April 7, 2020 –505 Games and Typhoon Studios have expanded the weird and brightly colored world of comedic sci-fi exploration game Journey to the Savage Planet today with the reveal of the Hot Garbage expansion. Far from a heaping pile of flaming space debris, the ironically titled game expansion is making its debut on Xbox One and for PC from the Epic Games Store on Wednesday, April 15 for £7.99. The expansion was revealed to players for the first time on Microsoft’s Inside Xbox where the companies also announced Journey to the Savage Planet will debut for Xbox Game Pass subscribers on Thursday, April 9. The Hot Garbage expansion will debut for PlayStation 4 players soon.

Journey to the Savage Planet’s ‘Hot Garbage’ expansion rockets players to a new alien planet DL-C1 and tasks players with investigating reports of strange spikes in pollutants at Kindred Aerospace’s (voted 4th Best in Space) new interstellar waterfront resort. After discovering robotic representatives from Vyper Corp. (voted 2nd Best in Space) are using Kindred’s resort as a toxic waste dump, players will explore their way through more alien goo and report their findings back to corporate headquarters. Using the Kindred scanner to report their discoveries, players will unlock new upgrades to gear and abilities including lead boots for adventuring underwater, a specialized Kindred suit for traversing toxic areas, an unlimited stamina ability for endless sprinting and the power of flight (well, sort of).

Doubling down on its cast of sarcastic robotic intelligence, the ‘Hot Garbage’ expansion in Journey to the Savage Planet introduces Kronus, a trash talking piece of Vyper Corp. property with a single mission to berate players throughout their adventure. The new area of this weird and wonderful world also brings new flora and fauna, including a goofy variation of the bird-like Puffer and a fleet of ‘harmless’ Vyper Corp. cleaning and flying security bots. After a long day of dumpster diving, return to the Javelin habitat to view a selection of new commercials for the galaxy’s hottest products and services the future has to offer. 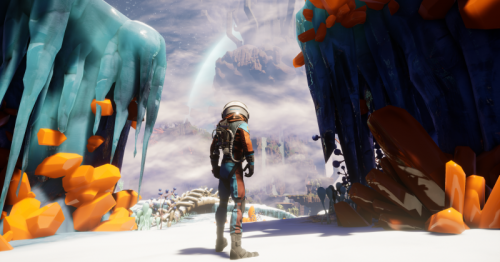 505 Games, a subsidiary of the Italian entertainment company Digital Bros. and Metacritic’s 2019 #1 Publisher of the Year, is a global video game publisher focused on offering a broad selection of titles for players of all ages and skill levels. The company publishes and distributes premium and free-to-play games on leading console, PC and handheld platforms as well as for mobile devices and social networks. 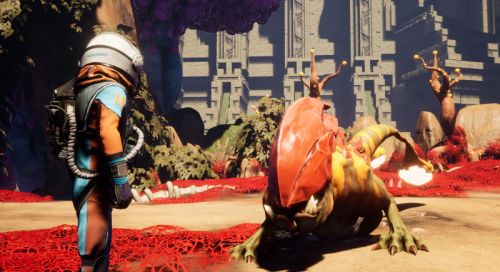 About Journey to the Savage Planet

Journey to the Savage Planet is an upbeat first-person adventure and exploration game set in a bright and colorful alien world. As an employee of Kindred Aerospace, which proudly touts its rating as the “4th Best Interstellar Exploration Company,” players are dropped onto the uncharted planet AR-Y 26, deep in a fictitious, far-away corner of the universe. Launched with high hopes but little equipment and no real plan, players are invited to explore, catalog alien flora and fauna and determine if this strange planet is fit for human habitation.

Typhoon Studios is a new company, launched in 2017, dedicated to building bright, bombastic games that let players, not developers, drive the action. Strong flavors, lots of intertwined systems, a penchant for bad jokes and a deep and abiding love of collaborative play drives us. Our first game is coming soon. Gird your loins. Typhoon Studios is based in Montreal, Quebec. Its partners include MAKERS Fund and EPIC, makers of Unreal Engine. For more information about Typhoon Studios, please visit www.typhoonstudios.com.