The Twilight Saga film series is coming to an end next month with Breaking Dawn Part 2.  This finale will have just as much hype, if not more, than the final movie from the Harry Potter series last year.  While it may seem odd to be thinking about a movie this far in advance, it actually isn’t in this case. 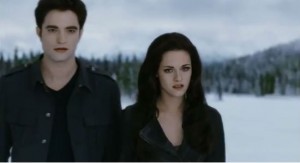 The plot of the final movie is from the book of the same name, which was split into two films.  This is the second series to do that, with Harry Potter being the first and The Hunger Games in the works for this as well.  Bella is settling into her life as a vampire, happy in her chosen path and a mother despite what it was thought before her pregnancy.  With her best friend Jacob now imprinted to her and Edward’s daughter Renesmee, life is perfect. 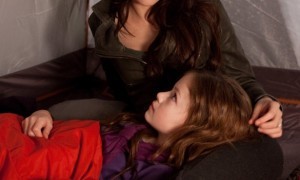 That is until Irina from the Denali clan up north sees the child and thinks the Cullens have turned child immortal, which is against vampire law.  Despite the past friendship, Irina is still upset over Laurent being killed by the Quileute Wolf Pack when he attempted to kill Bella and reports the Cullen clan to the Volturi.  The Cullens must now defend themselves against the ruling vampires with the help of many other vampire covens and the wolves themselves in an attempt to prove they are innocent of a crime and that Renesmee is truly a born half-breed.

Breaking Dawn Part 2 releases on November 15 at 10 pm.  This is a break from movies releasing on a Wednesday or Friday with midnight showings for fans.  It should be interesting to see how that pans out with some theaters.  Tickets have been on sale since October 1.

As the date gets closer though, theaters are doing more than just getting fans in the doors for the 10 pm showing, they are offering two other packages for low prices.  One is for all five movies starting around 11:30 am on Thursday; the other is Breaking Dawn Part 1 and 2 starting in the evening.  Not all theaters are offering both packages though.  Currently Rave Cinemas have both with AMC and Regal the Marathon only.  However, I do know that Regal did have the Breaking Dawn package at one point; perhaps they sold out the theater for those tickets.  Prices vary from each theater but they are all cheap for the number of films fans will be watching.  Of course, you can still get tickets just for Part 2 if you want.