So when a service or application decides to call itself Uber in the name, one has a certain level of expectations to make sure that service lives up to the name it is trying to personify. 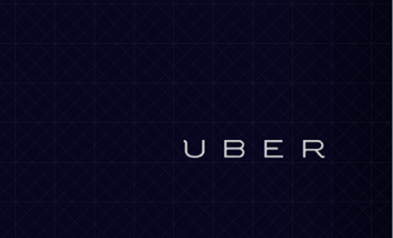 u·ber   adverb
1. having the specified property to an extreme or excessive degree; very

I rarely ever need a taxi anywhere, when I fly for travel most of the times I leverage shuttles or rent a car myself, but this last visit to San Francisco put me in the need for some cab service and my wife and I decided to try Uber and compare it to a local Taxi service.  We had done 2 rides with a regular Taxi service (cab from airport to 2 different locations) and 2 rides leveraging the Uber service.

Uber is an incredible service which puts drivers directly in touch with the person who needs a ride.  This works mostly through the Uber application on your smart phone and you use it to find a driver to come pick you up from somewhere and take you to your destination.

If you want to use Uber for the 1st time, make sure you take a few minutes to register and setup a payment account, I was actually standing waiting for a taxi and didn’t pre-register, so it added a few minutes time while I registered before I could request a ride to pick me up.  The great thing is Uber lets you select Paypal as a default payment method, or credit card and I was able to easily link it with my PayPal as I didn’t want to enter my credit cart information into the phone app at this time, didn’t want to whip out a credit card in a public location and be seen trying to type it into a phone.

So I open Uber on my cell phone and say I need a driver, there is a trip calculator option if you want to calculate the fare ahead of time, but if you just need a quick ride, you simply open the Uber app, you get to see which black cars or SUV’s are in your area and how far they are away to pick up, and then you request a ride. 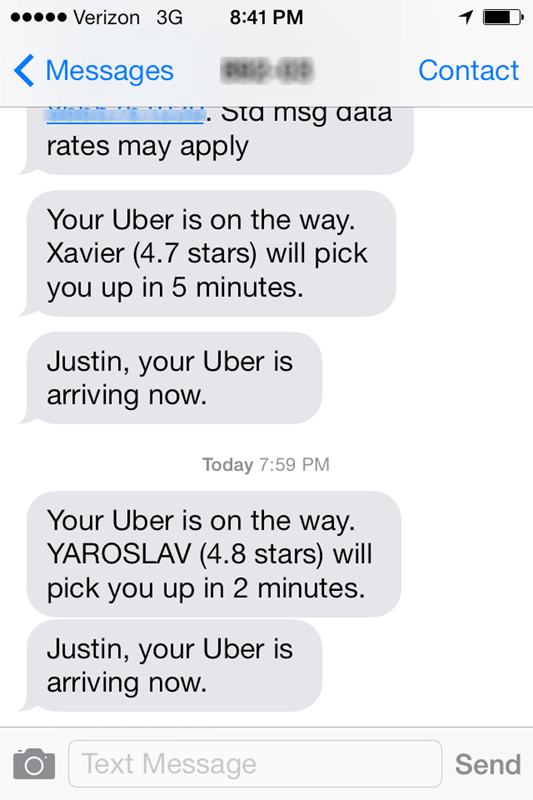 You will then get a page about your driver being on their way and the best part is you can watch their car getting closer to you on the map, so you see where they are coming from and watch them make progress toward picking you up. 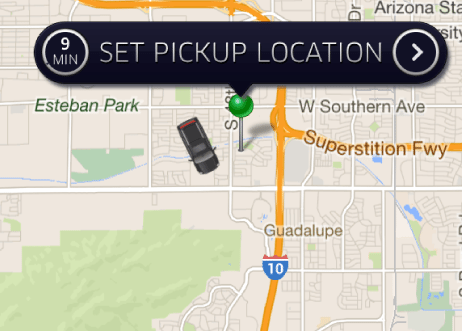 The 2 Uber rides I took were better than the average service as well.  The cars were black and immaculately clean, and in both cases the drivers had water bottles waiting for passengers in the back seat, the first driver even had individual candy for passengers.  Both cabs we had taken the day before and morning of, were not nearly as nice quality and there certainly wasn’t an amenity of having a water bottle for you.

The fact that Uber gives you a full driver profile with license number, history, rating, reviws of the driver before they pick you up is fantastic as you know who you are going to get before they get there.  I was able to greet my driver by name as he pulled up and the doors opened.

Uber has a fantastic receipt system with analytics for your trip, try getting that from a regular cab or Taxi service from the airport. 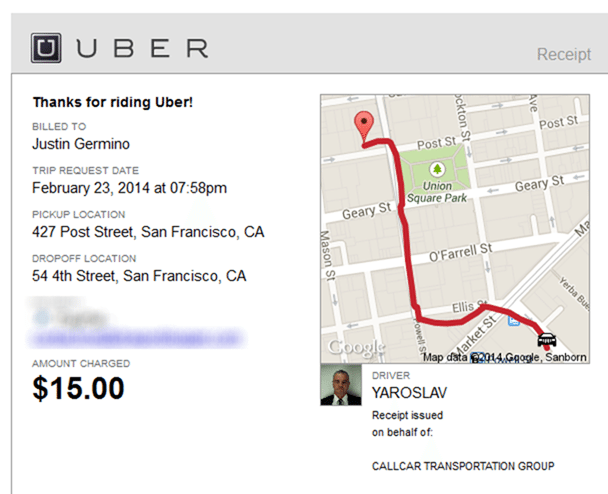 You get a total breakdown of your fare, total travel time and details about your trip.  Now my San Fran trips were both relatively short, so nothing special in distance or duration, but I am an analytics guy so I love getting analytics for a taxi ride. 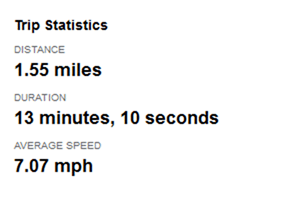 Fare price comparisons are very reasonable, so here is what I did, I took a regular Taxi ride from Marriott Marquis in Downtown San Francisco to Pier 36 at Fisherman’s Wharf, then I used Uber to take a ride back to the Hotel but at the same time my wife called a local Taxi company and the local Taxi company said it would be 20-25 minutes before someone got there to pick us up, yet Uber had a car 6 minutes away but it arrived in 4 minutes.  So the distance was nearly identical minus a street or two and some wait time at lights/traffic and they were very much comparable.  The Uber service was $5 more than a Taxi ride during this comparison test.

For the second test, we took a Taxi from the hotel to Farallon’s restaurant which is about 4 blocks away.  We then used Uber after the meal and took it back to the hotel. 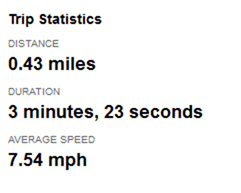 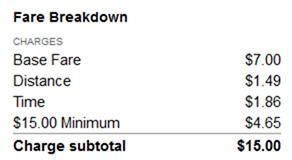 Again, with this trip it cost me $13 (including a $2 tip) to the driver to use the regular Taxi to the restaurant and $15 to use Uber from the restaurant back to the hotel.  This was about $2 more but the quality of the cab was fantastic and the water bottle, service was stellar.  I seriously am not joking that with both of these drivers Xavier and Yaroslav I felt like I was getting a personal driver as compared to a random cab driver in a Taxi.

Uber is already in many cities and can be found in Phoenix, Tucson, San Francisco, New York City, New Jersey, Philadelphia and many more, you can see full list here: https://www.uber.com/cities but they have also gone International Bangalore, Hyderabad, Paris, Rome…etc.  As they expand you will get this same quality of service and have a driver at your finger tips wherever you are at.

I noticed that there is no Uber service in Las Vegas which probably is due to unions or regulation around Taxi service there, so I won’t be able to use it again in November which is disappointing but I am now a HUGE fan of the service and even my wife who was skeptical at first is shocked at how much she liked the service.

Uber costs a little more than your basic cab and isn’t available in every city but the level of service I received from Uber and the convenience of just opening an app and requesting a car to pick you up on the spot was fantastic.  The Uber service is not designed for someone who wants to schedule a pick up time in the future, it is designed for someone who on the spot needs a driver and wants to request a pickup.  The service is only slightly more expensive than a typical cab/Taxi service in my testing though I admit I had very limited test scenarios and the convenience of it auto charging your account on file means you never have to worry about having enough cash on hand or wasting the extra time trying to have a card swiped in the cab at the end of the ride, or worse being put in a cab that doesn’t accept credit card because you forgot to ask when you got in the cab.

I found the Uber service was in fact Uber.