So if you have an older model of the Tablet Express Dragon Touch i8 Pro then it probably had Windows 8.1 and Android pre-installed on it.  But despite all the prompts to upgrade to Windows 10 you will find that unless you make some configuration changes, you will have an issue updating to Windows 10 due to the lack of internal storage on the C: drive of the Dragon Touch i8 Pro.  The solution is to have a MicroSD card installed in your Dragon Touch i8 Pro and configure Windows to put it’s Virtual Memory (which is held disk space) on the SD Card which free’s up enough space on the C: drive to upgrade the Windows Operating System.

Here you click on Settings in the advanced tab under performance. 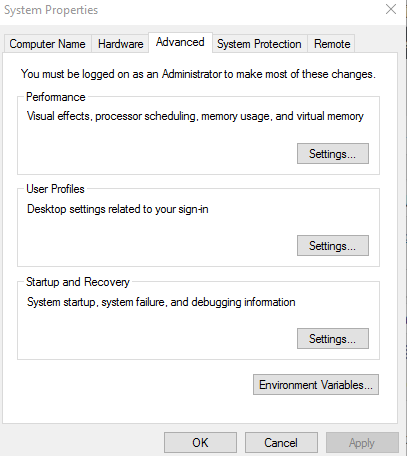 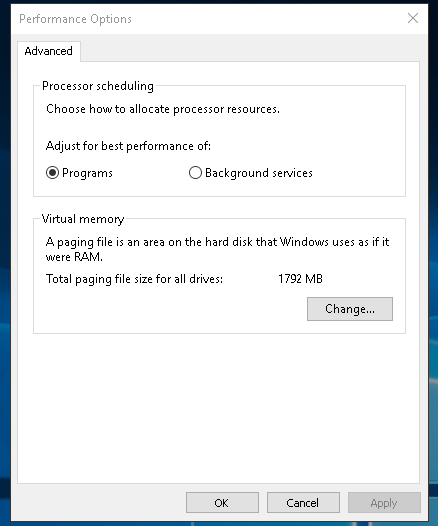 Then you will uncheck automatically manage paging file size for all drives (if it is checked).

You will click on the C: drive and remove the paging file by selecting “no paging file”

Then click on your SD Card drive (D) and set it to system managed or set reasonable amount like 8GB if you want.  (remember it needs to hold around 4GB in download files while updating Windows 10) 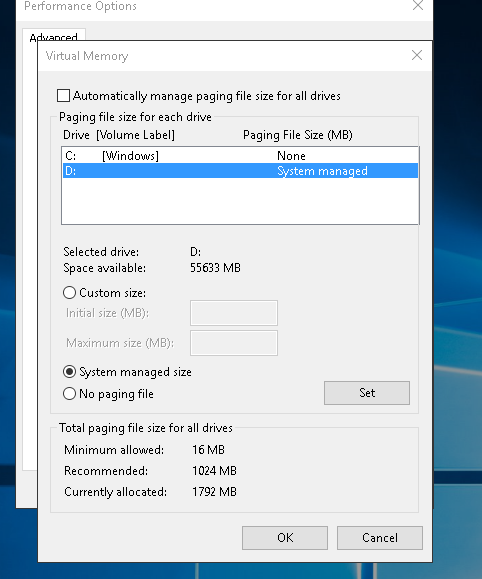 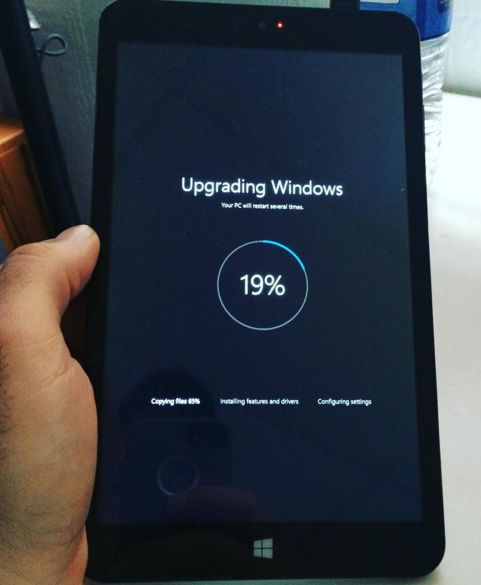 The Dragon Touch i8 Pro is one of my favorite tablets and found it to well worth the value, pairing it with a Bluetooth keyboard for Windows mode is a must recommend from me however, despite how good OSK is on Windows it takes up too much screen real estate leaving you too little room to look at what you were trying to type into. 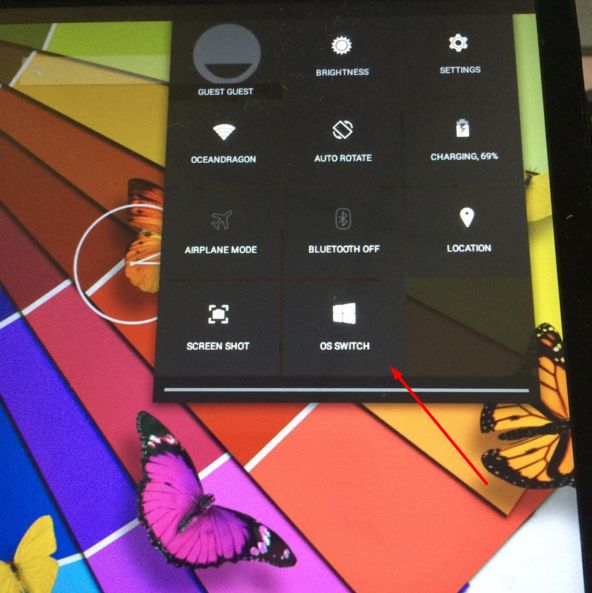 Again, here were the specs of the Dragon Touch i8 Pro and the newer versions come with Windows 10 so you don’t have to deal with the upgrade headaches.  Again for $119 you get a 32GB Internal Storage tablet that has Windows and Android, and you can put up to 128GB SD card in it for additional storage.  It is a fantastic deal honestly.

The Dragon Touch i8 Pro Includes

Honestly this has been my favorite Dragon Touch tablet for a while for the dual OS and the Intel Atom processor.  Though the Dragon Touch X10 has newer Android, this one suits me just fine and is a fantastic deal at the price of the tablet.  You want an Android tablet but also want full Windows, then this is the tablet for you.