Cheat Engine is a program developed by to modify the gaming experience completely. It can make the game more difficult or easier to play as per your choice. Let us take an example – Suppose in the game you are playing the hero’s health is 100 HP, you can easily change it to 1 HP or make the opponent’s HP go down to 1 HP:)

Cheat Engine opens your world of gaming – the way you want to play it! It has a built in memory scanner that can scan variables automatically allowing you to change it completely. Cheat Engine has many more functions like Speedhacks that can increase the performance of your games up to some extent, a Debugger to find bugs in games, a Diassembler, an Assembler, System Inspection Tools. Many known trainer makers use Cheat Engine to create trainers for games.( e.g. Check out a FIFA 14 Trainer that is made with Cheat Engine that is quite popular!)

This step by step tutorial for using Cheat Engine will guide you to use it efficiently: –

Run the game you want to use Cheat Engine on!

Now, run Cheat Engine after downloading it on Step 1.

A dialog box will appear that shows the current running processes in your system. Select the game process from the list. For example, if you are running FIFA 16, the process will be shown like “FIFA16.exe”. Click “Open”.

Now, the main process of editing values starts. Input a variable and click “Scan”. For example, suppose you are playing an exibition match in FIFA 16. Your opponent’s score is “4” while yours is “0”. Search for the variable “4” to edit your opponent’s score. A lot of data will pop up showing columns named “Address” and “Value”.

There may be a lot of “addresses” where the variables are allocated as “4”. Select the address that resembles the type of value you want, i.e, goals in this case. So edit the original value “4” and replace it with “0” or anything. Click “OK”. Done! Now, see the result.

Hope this tutorial helped you! Comment if you have any questions. 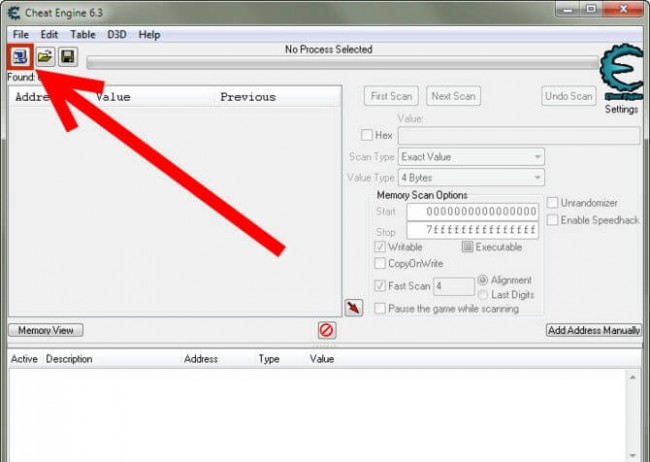 The Gamer. Spends most of the time sitting in front of the computer fiddling with his Xbox 360 Game Controller. The Tinker.

Latest posts by GameUnix (see all)