As many of you know I am giving away random Steam games regularly through our Twitch dragonbloggers channel and run a lot of video game giveaway off of the site and on Gtribe.  One issue that occasionally comes up is when I purchase video game keys in bulk or individually and I am not careful enough to pay attention to the region code that the game will activate in.  Some keys are global and will activate in any region and generally there isn’t much of an issue if you activate a United States video game code from even a console like an Xbox One Game code or PlayStation 4 Game code in say Canada as they are generally the same region code.

In general, regional lockouts for video games are done using several methods which include hardware validation, software validation, IP address filtering (defeated by VPN’s though usually) and in some cases online software patches and physical changes for pin and hardware for game cartridges when buying physical video games from one region to try and use in another region.

According to the Wikipedia entry on video game codes, there are 4 main region codes for video games.

So if you are spending money to buy random pools of game keys from Reddit or something and you are in a different region it can be a gamble as if you were spending it at an online casino and hoping to strike it lucky.  Some people even look to buy game codes at deal sites or alternative online stores in different currencies to save money and try to redeem in their own region which can be a hit or miss roll of the die type of thing too.

In general though when I buy game keys from sites like Fanatical, Humble Bundle and GreenManGaming I try and check to make sure they are generally global or near global usage keys and in most cases they are in those places.  I rarely but sometimes have issues with game codes where I need one of my reviewers in Canada to cover a game, but a game code the publisher sends me won’t unlock there, which is even more odd because technically it is the same NTSC-U region so they are using IP blocking and other checks to ensure code can’t be redeemed there.  Gift cards for consoles like Xbox, PlayStation are always very region specific as well. 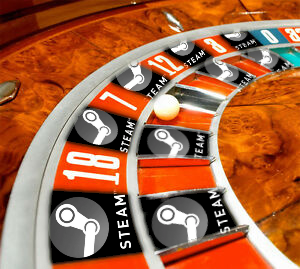 So, do you play roulette with purchasing random game keys as if you were taking a chance on a top online casino found on casinotopsonline.com? Have you ever bought or won some game keys that didn’t unlock or redeem in your region and you were left disappointed?  I don’t typically have this issue since nearly all keys unlock in USA region from these key sale sites, but it is a more risky bet when buying keys from other regions and countries.