Vikings Season 6 is currently running on The History channel and the interest around Viking themed games spikes whenever the show comes back with a new season and this season is bigger than ever.  Not only has there been a surge in the number of Viking related games, but also a lot of slot developers have developed online casino slots in the Viking genre. So if you love the savagery and theme of Vikings here are a selection of games that may keep you hooked while waiting for the next episode of Vikings. 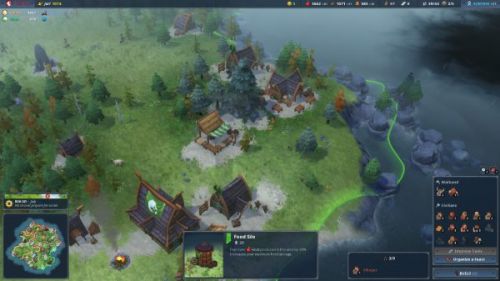 Northgard is a real time strategy game based on Norse mythology where you choose a clan of vikings to start and grow to conquer the land.  This game provides different win scenario’s, is multiplayer and you can play co-op or against each other.  Like most RTS games you have to build a base with various of units and leverage upgrades to amass an army and resources to take over territories.  You send explorers to each segment of the map to discover them and unlock access to the resources.  Besides fighting other players you have to combat dire wolves, undead, Jotun and other monsters who defend existing territories or invasions from other players or monsters into your own territories.  You have to balance resource harvesting of wood, food, stone, iron to continue growing and expanding your tech tree. The weather and climate affect the environment dramatically as you have to have enough food stored to survive the winter months where farming production drops to near zero.  The game plays a lot more slowly than other typical RTS games giving you more time to plan and grow, with smaller unit massing it plays at a more relaxed pace as a result. 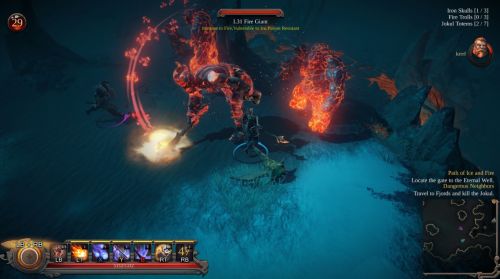 With a norse-like soundtrack that is truly fitting, Vikings – Wolves of Midgard is an Action RPG that continually drives combat forward.  Gain amulets to enhance your power, unlock weapon abilities and collect blood from fallen enemies and sacrifice it to gain enhanced powers from the gods.  You can also enrage with Rage Mode to quickly overwhelm enemies inc ombat.  This is a two player online co-op compatible game with four difficulty options as well.  Hardcore being the most challenging and difficult.  Do you have what it takes to battle the Jotun and undead hordes as you survive the cold of Fimbulwinter? 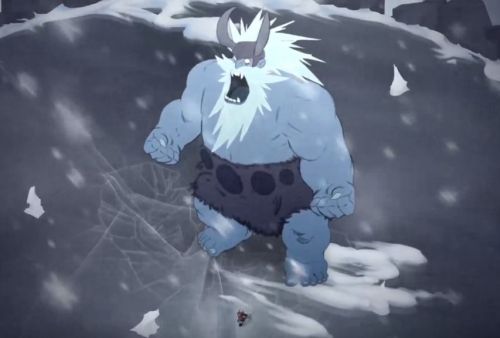 Thunder Lotus Games released Jøtun back in 2015, but the game is free on the Epic Games store right now if you hurry up.  This is a lovingly crated hand-drawn game that combines action and adventure set in Norse mythology.  You play as Thora, who was a viking warrior who died an unglorified death and now needs to prove herself worthy to enter Valhalla.  While navigating the Norse purgatory you drive Thora in finding runes that unleash the Jotun, which are giant elementals.  You fight five Jotun total in the various regions.   Thora wields a massive two handed axe which is her blessing from the gods, and combined with her skills has to vanquish her foes. The new Valhalla Edition of Jotun also features Valhalla Mode where you can fight even fiercer versions of the Jotun.  Pick up Jotun and learn about the life and death of the viking named Thora as you traverse nine levels, decorated with authentic Icelandic voice-overs and enjoy an original soundtrack by Max LL. 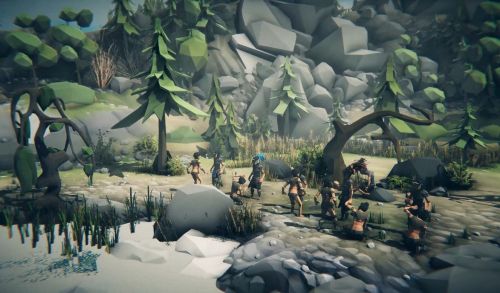 Coming sometime in 2020 the game Lost Viking: Kingdom of Women has you follow the adventures of Ragnald who falls into a trap and is saved by an accompanying wolf and is trying to find his loved ones.  With his companion in tow, Ragnald is forced to manage time, space and energy to survive and achieve his goals.  Ragnald and Raga the wolf, face the weather, animals and have to fight for food and medicine against hostile tribes.

Ragnar and his wolf must seek and arrive at the village of women, but it has secrets in store once found.  Some of the advertised features of this game include:  Direction sense and discovery of an unknown world, medieval crafting and lots of crafting options, hunting animals such as beavers, quail, hares and more.  Fishing in streamers, crossing water, fighting or fleeing wild animals.  Preparing shelters and a way to stay safe and warm overnight, as well as having to deal with ticks, mosquitos and other vermin a problem often avoided in other games entirely.  In Lost Viking: Kingdom of Women you will have to use dexterity and learn navigation to survive all while discovering the secret of the Kingdom of Women and surviving other harsh brutal people. 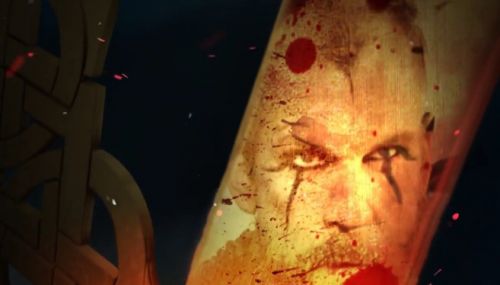 You can find official Online Slots games related to Vikings including the ever popular History channel series Vikings as well. As with most casino slot games you either make a deposit or you take advantage of some casino promo to get free spins to start playing. To point is for the slot reels to get matching symbols, and to trigger a bonus action with the Raid Spins symbol. The online casino slot is very interactive with the reels containing the actors from the actual series. The music and even part of the intro for the show is included in the game and for someone who is a fan of Ragnar and Floki you will probably just get a kick out of it for a while and maybe get lucky while playing. 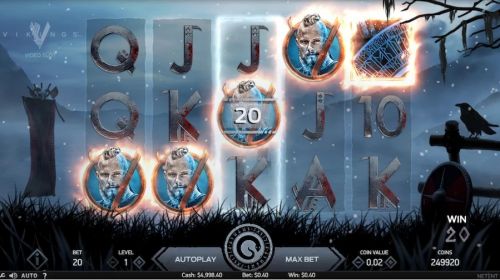 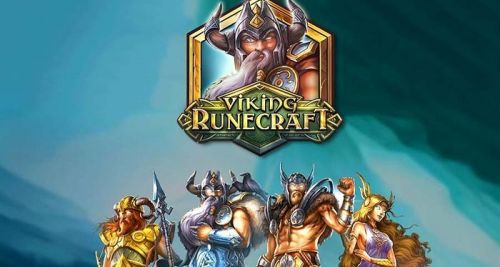 Another slot machine casino game that is Viking themed is the Viking Runecraft online slot machine.   This game is won by forming 5 or more identical pictures in a cluster where icons connect to each other horizontally and vertically, or in reverse.Viking Runecraft has other features to help break the monotony of just spinning the same results including having a Wild symbol which can appear on any game board when one of the gods of Valhalla places it there.

In this game 4 gods of Valhalla oversee each level and can initiate that wild spin feature at random.  You have to clear the game board to level up.  Each cluster of the runes that you match while playing  contributes to the Runes of Valhalla bonus as well.  This then lights up the corresponding rune stone and increases the prize payout. Also each winning cluster in Viking Runecraft is destroyed and a new icon drops into the empty spaces which can create new combinations instantly.  If you are able to destroy at least 20 icons in order, you initiate the charge of destruction feature and cause one of the 4 evil creatures of the North to apply its powers which can destroy or change the icons unexpectedly.

Influencer / Reviewers / Live Streamers - Get in Touch https://t.co/ed4q6Q2aZM
We are now Live Streaming on the Dragon Blogger Channel, come check us out and say hi and see what is streaming now… https://t.co/yuJJhIot3A - 19 hours ago