Virtual reality is promising to change every aspect of our lives. From test pilots, to astronauts, to surgeons, everyone can get some hands-on experience on mastering a craft that requires a lot of trial and error with stakes usually so high that there is little room for error.

Online poker is no exception. With the game becoming even more popular than Hollywood movies would have us think, many people are playing online today to avoid obstructive legislation or just save themselves the bother of traveling down to an actual casino.

Where is the fun in that, though? You certainly can’t read much of your opponents face when you are facing only player name that usually doesn’t make much sense. Well, PokerStars think they have the solution – virtual reality poker that will help you have a whale of a time playing your favorite game against the pixelated avatars of your opponents.

The company to have made significant strides in VR solutions is none other than PokerStars. The Stars Group-owned card room has been experimenting with quite a few formats, but VR is the sweet spot and the type of gaming product that the company intends to fully stand by.

If some games have been coming and going from the platform in the past, PokerStars VR is here to stay and completely revolutionize how we experience the game online. 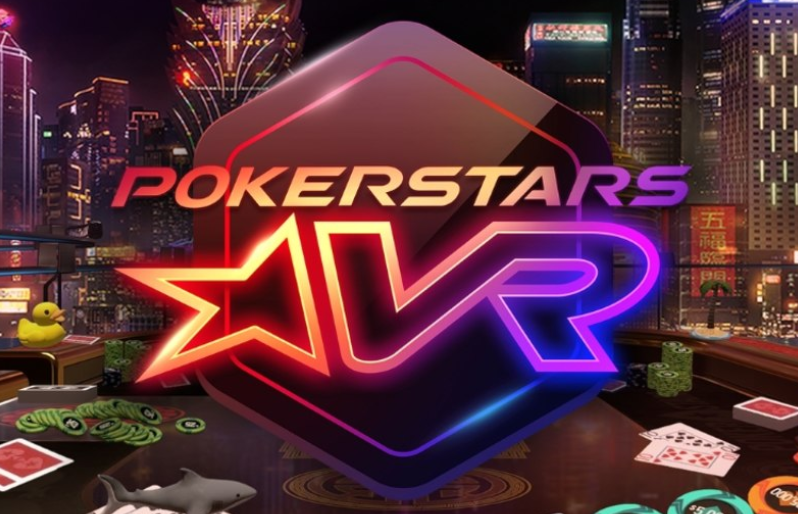 You will get to experience the game playing with your Oculus Rift and facing the animated 3D avatars of your opponents. Of course, there are still a few quirks that will strike as odd, but surprisingly, they are neither disruptive nor annoying.

Instead, you can embrace them as small foibles that add even more authenticity to the overall experience. It’s not just about feeling like you are in an actual poker room, though. The VR solution is much more powerful than that noted from many reputable poker media outlets. It will definitely change the landscape of playing online poker in the USA on sites such as OnlinePokerAmerica.com and also around the world.

You can connect your VR headset and stream an NFL game or just tune into Twitch and watch a channel while your opponents are still trying to decide their next move. In a word – VR poker would help you pass the time more leisurely.

Strangely enough, PokerStars has been the only company to truly commit itself to the idea of a VR poker. Of course, there have been some companies to experiment with closely-related segments, such as Augmented Reality (AR). AR is usually an 3D overlay on real world objects that allows you a slightly more immersive gameplay, although such solutions have not been deployed in full.

Back to Virtual Reality, though, poker will not only be played in VR, but it may as well be watched in VR. Of course, the technology will take some adjustment and time to be fully embraced. PokerStars ambassadors Jamie Staples and Jeff Gross have been quite pleased with VR, showering the company’s solution with accolades.

To watch games in VR, though, might take some extra polishing. After all, not every fan has Oculus Rift at home, but this is only a matter of time. As VR solutions become way more popular, this will understandably increase the opportunities of people actually trying PokerStars’ VR and any competing offer that could be out on the market by that time.

Spectating games in VR, though, would need to feel like you are actually attending WSOP or another popular LAN format where you can sit and watch both at the players and screens revealing all the information you may need. Conversely, spectating in AR can be quite fun. With small boxes floating in the air next to each player displaying percentages and cards, the experience will feel both real and satisfactory.

While Virtual Reality is quite exciting, the game is evolving even further. The entire technological footprint of poker is changing and solutions such as Artificial Intelligence (AI) are taking hold of the entire industry. It’s not just about the game anymore – it’s about you, the player.

How do you get the most excitement out of your stay at a digital card room? It’s not just a matter of diving into Virtual Reality – it’s about winning. AI can be quite helpful to this end. There are already powerful solutions that can beat skilled players.

These non-human players can be leveraged to train a new crop of enthusiasts who want to make sure that they understand the game well enough before they dive into any serious real money play. Technology is certainly benefiting the professional and aspiring poker player these days.

Whether you get to enjoy a very cozy VR setting or play versus a superior opponent without any real monetary risk, things have change for the better.