When you were a child, have you ever had any lifelong aspirations ? Following the footsteps of Neil Amstrong to reach the Moon ? Being brave, strong and adventurous like Sir Edmund Hillary and Tenzing Norgay to conquer Mount Everest ? Or being clever, empathetic and diligent as your teachers? Or becoming as talented and inspirational as Elvis Presley? Every aspirations all followed by the collections of imaginations, where we defied who we were, and what we could do. However, as we grew up, those memories started fading out years after years. Corollary, we forget who we used to be, what we thrived to do, or who we dreamed to be. Fortunately, we have the chance to bring back the reminiscence with the latest game from FloodGate Games, Vivid Memories – A Tile Drafting Game of Collecting and Connecting Memories. 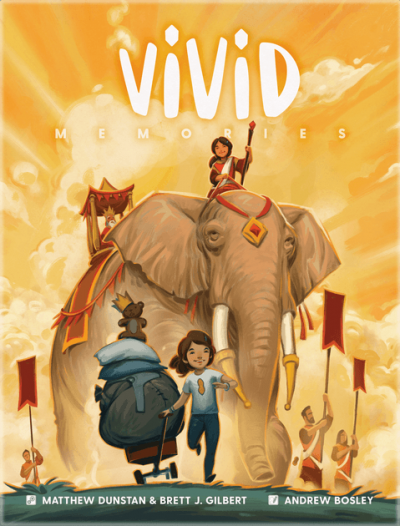 In Vivid, players will take turns in collecting fragments of their childhood memories, weaving a tapestry of colored thread in their minds. Throughout the journey, players will store the memory in the bank, to score extra points when the game ends. As the journey progresses, players will wisely select the Moments, earn rewards and claim more points by working toward the lifelong aspiration.

There are a total of 3 rounds in the game, and there will be 4 phases in each round. All players have to complete the following phase in order: Prepare, Remember, Reflect, and Reward. 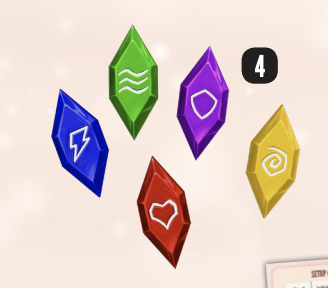 In Vivid, there is a resemblance of many similar mechanisms from popular games. For instance, the concept of having Memory Tiles containing the resources on it is very similar to Azul. Or the action of collecting resources is almost identical with the one in Splendor (2 of the same or 3 different tokens). However, Matthe Dunstan and Brett Gilbert did a spectacular job in improving the concepts with some contexts that match with the themes. In contrast with the Factory Tiles in Azul, each Memory Tile has its own unique power, allowing players to acquire extra power to adjust their memory board.

The game also offers players opportunities to fix their mistakes during placement with the Rewire action. This makes the game less tight, which makes the game friendly to new boardgamers. But, players will have to take punishments for their mistake. This is a very intriguing and nerve-cracking concept of the game. The cost of taking a Rewire action is not cheap, acquiring 1 Fragment only. This will easily make players fall behind in gathering the right Fragments against the opponents. Hence, it makes the best sense if players do it to acquire the Moment Tile as well, which basically is a spoon fed move from the opponents. Rewire or not perplexes players in a vexatious but enjoyable situation. 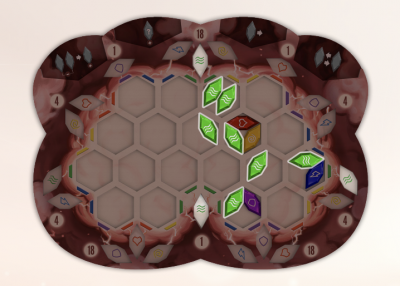 an example of thread scoring in the game

Another impressive feature is the harmony between strategies and tactics in this game. Initially, players will have a secret Ambition to work toward. As the game progresses, they have to build their map, and collect the cherished moments match with their ambitions. This alludes players to strategically plan their move from the start of the game. On the other hand, at the end of each round, players have the chance to score Victory points according to the Memory Tiles that they just acquired. This approach also depends on the fragments that displayed on the Memory Line as well. Players will have to read the board, and quickly adapt to the given situation, to produce the suitable tactic. If Ambition lets players score a hefty sum of points as a hidden bonus, Memory Tile gives players a chance to outscore opponents in each turn.

With a very dynamic gameplay, Vivid is a good option for non-boardgamers, light gamers or even medium gamers. The complexity in the strategy will give players an annoying but enjoyable headache. Moreover, thanks to the fast pace gameplay, players can keep recalling their memories in multiple games without spending the whole day. It is recommended for any one who appreciates the abstract strategy game genres. .