Home security is a real concern for most people and thanks to technology, safer options are being created. One of the best security options includes a digital camera, which can keep an eye on the inside and outside of your homes at all times. This camera from Vodool is one option for anyone looking to step up the security in their home. Overall, it was a little complicated to set up, but I liked a lot of the features it included. The instructions say it comes with a power adapter, but it seems to just be a USB cord (which a lot of people on Amazon mentioned as the case as well), so be sure to have a USB port near where you want to set it up. 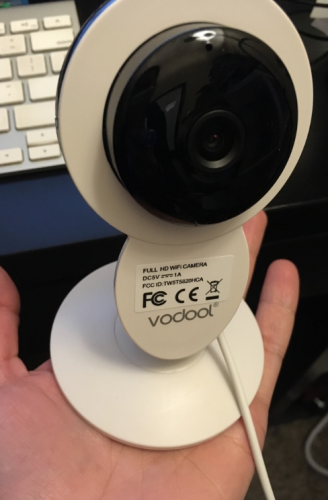 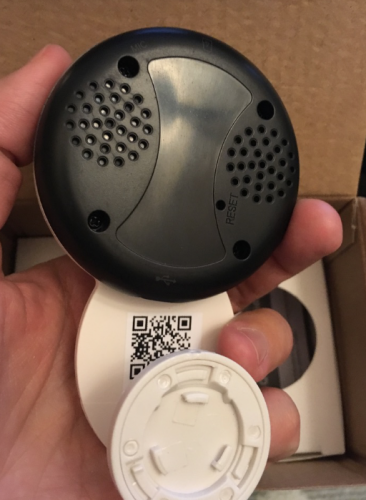 Setting up the Vodool camera

It takes a long time to get the Vodool camera up and running, which was not ideal. You have to install the app, connect the camera, create an account, verify it through your email, connect the camera to Wi-Fi… It took at least 20 minutes to get it set up and then an additional 5 minutes to update the software.

However, once that was all set up, it worked well. There are a lot of reviews that have said they lost connection and couldn’t reconnect over time, but I haven’t had that issue yet. It only connects over 2.4GHz wireless, so make sure you have that before you buy this camera. 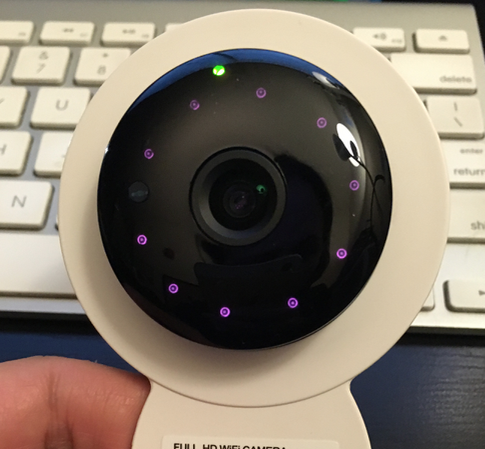 The 90° wide-angle lens on the Vodool camera captures a huge area for being such a small camera. It has 24/7 live-streaming as long as it’s connected to Wi-Fi. Night vision has the option of either always being on or automatically turning on when it’s dark enough. I tested it by turning off the lights and it worked within a second, which is great if you’re using this to watch your kids or for home security so you don’t miss anything. 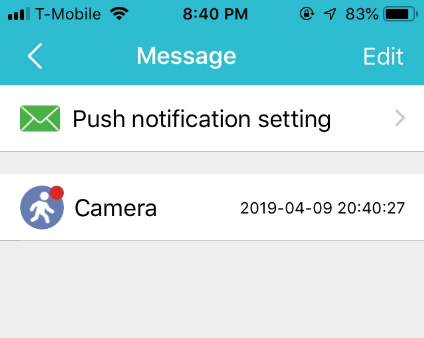 Thoughts on using the Vodool camera

The Vodool camera makes loud sounds when you’re turning it on and off, which can be troublesome if you use this in somewhere like your kids’ room or somewhere you’re trying to be quiet. While the set up process was complicated, I like how many features the app offers. The speed at which it notifies you about motion sensing is also wildly impressive. The camera gives a sharp image, which is great considering how thin and small it is. 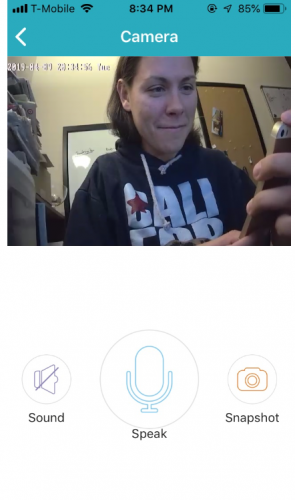 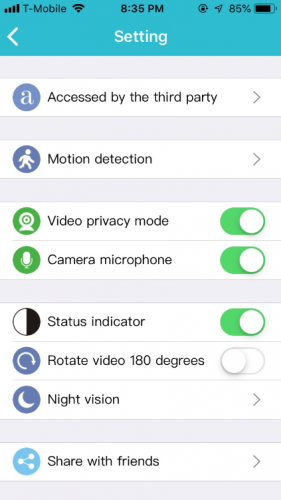 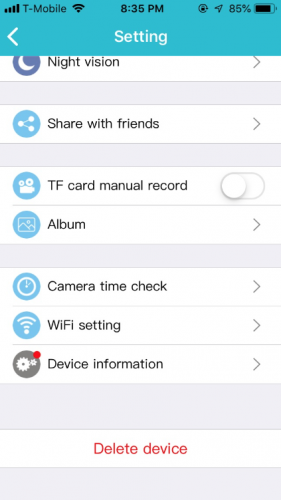 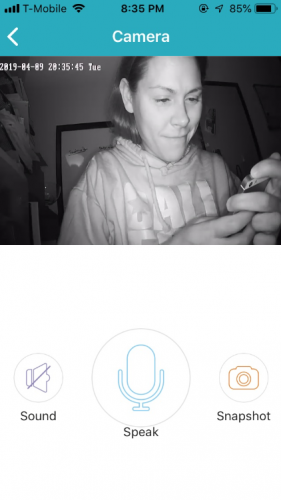 The Vodool camera has a built-in microphone and a speaker with an anti-noise filter so you can communicate between the app and the camera. This would allow you to reach out to someone in the room right away, which is a great option. It worked perfectly when I tested out the microphone and sound going both ways. With the Surveillance System, you’re allowed to share everything with unlimited members. It’s just me, so I wasn’t able to test this specific feature, but I saw the option in the app.