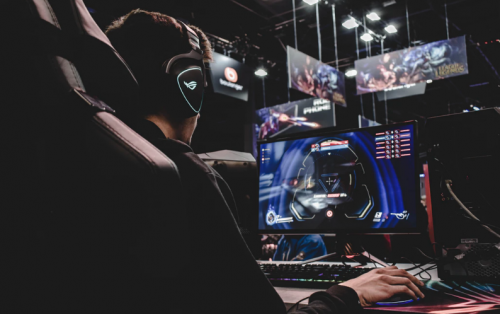 Now more than ever, it’s possible to become an indie game developer. With things like Kickstarter and other fundraising options that were not available in the past, anyone who has a passion for gaming can find their way into the industry with a little persistence. If becoming an indie game creator is something that interests you, we’ll explain what you need to know to get your game made and out into the world.

Coming up with an idea

While it might seem like every idea out there has been made already, that is simply not the case. There are a ton of areas that can continue to grow and do well. Even look at a game like The Last of Us. Zombie games had been done a million times before, but it’s still regarded as one of the best games of all time.

Hopefully, you have an idea or angle you want to go with for your game. This will help direct you in the area you need to go so you can find the person who can help you start to put it together. Keep in mind you’re making an indie game, you’re not trying to invent something huge. The most important thing is getting it rolling instead of just thinking about it for a long time and never getting it started.

List out the games you love the most so you can start with an idea you feel passionate about working on.

Thankfully, game development doesn’t have to be wildly expensive. You don’t need the most high-end computer and software to get a game up and running. You can use a PC, Mac, or even sometimes a tablet

Gamemaker Studio 2 is cheap option for anyone wanting to start making games, and there’s even a free trial to start with. There are also a ton of other options when it comes to software that can help you start to put together a game. BlitzMax, GLBasic, XNA, and Adventure Game Studio, are also software options that could help.

Almost any computer with simple software can give you the basic framework to get your game rolling and on the right path.

If you want to know how to find programmers, there are a variety of ways you can find them. There are sites and job posts that can help along with searching through your own network. You’ll need designers, programmers, script writers, and beta testers to really get your game off the ground.

While you might have some of these skills yourself and not need to bring on any help, if you do, it’s best to find people who have good reviews and are reliable to help you get it done. Of course, you might also decide that working on all these elements on your own is how you want to create your game, which is a perfectly find option as well.

Putting the game together

Once you have your idea, the software, and the people around you to help, it’s time to start putting everything together. This is the part that might take the longest but it will be worth it to get this element down. Learning some basics of storytelling will also help you figure out how to make each part of your game flow.

Thanks to the internet, there’s a million forums where you could post about your project and pick up people interested in testing it out. A lot of people would be happy to try your game and also give you feedback on their thoughts around it. This can help you find bugs you didn’t know were there or other issues that you can go in and fix before an official release.

You might even decide to do a few rounds of beta tests to really work out the kinks and make sure each part of the game flows perfectly together.

Launch and spread the word

Depending on the following you have online, you might not need to do as much promotion as someone new on the scene. However, don’t worry if you are new to the scene because everyone starts somewhere in this industry. The more you work hard to meet people in the industry and the more they like your work, the faster you’re going to start to see the results you want.