Space tends to make everything better, so why not get ninjas in space and give them power armour? That is the very basics of “Warframe”: a Free To play Third Person shooter Style MMO. The point of the game Is to travel through various levels to gather resources, obtain currency to get blueprints and to level up your gear or even get yourself ready to play against others players. This is a game I highly recommend for people who are social or want a challenge as this game grows a bit easier if you decide to play with up to FOUR total people, or it can be a nightmare if you decide to play all by yourself and rely on your own luck and skills. The game runs along a small amount of story lest the player wants to find tid-bits all over the place. 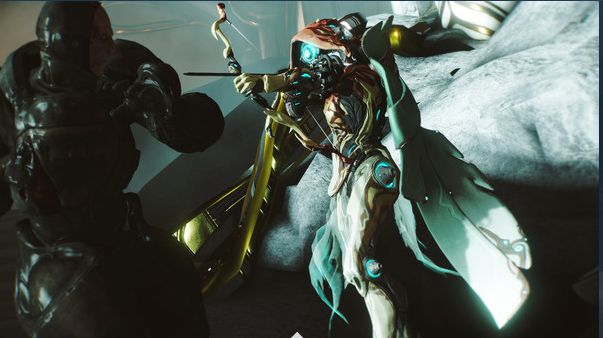 What this means is that the player is not forced upon a straight linear path of story, as they are allowed to play the game as they really feel like it: like a story or just action. If the player wants to find story, then they can go forth and find what they want: from either quests or hunts on enemies to obtain special bits of lore. The story that is given to the players from the start is that they are an alien race called “Tenno”, Masters of Gun and Blade and wielders of power armor called “Warframes”. They have been attacked after years of sleep by someone named “Captain Vor”, who has placed a device on the Warframe to try and possess the Tenno. The players task is to get that device off, defeat Vor, and remind the solar system who the Tenno were, and that they are not legend. The Gameplay itself is an outstanding experience and it is still being added onto.

The point of this game is to complete mission “nodes” on planets to unlock others, gather resources or even gain experience to level up in order to head to even more nodes and gather even better things from there. The terrains for most missions if you take the time to experience them is so elegant it could honestly just show pictures from the game and call them real works of digital art. There are countless hours put into every planet, mission and characters. The game designers have spent most of their time trying to make Warframe as enjoyable as possible, even though it’s supposed to just be a free to play game. To me, “Warframe” has more thought behind it than any other modern shooter as they focus on what the players want, not just their profits. Combat with enemies scales up rather easily, enemies have specific type advantages and disadvantages for elements and weapons. Armored enemies are weak to toxin, corrosive and explosive damage while Shielded enemies should be hit with electricity and physical damage like melee. Though with the scaling of type advantages, there’s the fact that players themselves are sadly weak to most things like fire, radiation, electricity, toxin and especially explosive damages.

There are some advantages like cold damage though that’s about it to help balance out players and enemies. The only downside to this game is that there are micro transactions. This means players can use real money to get a special in-game currency, so they can get gear or warframes instantly, along with special equipment like customization. The point of the micro-transaction is to give money for a shortcut to get around parts of the game like getting gear and items, rushing the creation of items and cutesy little cosmetic items for things. Though despite that being a thing, almost every item in-game is obtainable through different and possibly longer means. All warframes can be obtained through boss fights, all weapons can be built, and the game offers special missions called “Alerts” to get customization items. Yes, it will take a bit longer than if you just bought it, but that makes the item or Warframe so much better to have and use as you get the feeling of accomplishment when you finish getting them. To me this game is focused towards adventurous gamers or those who want to work for the stuff they can have. 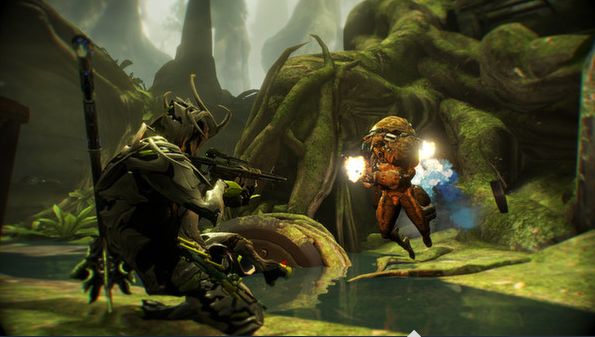 Maybe not people who want an easy game because Warframe just destroys the people who think of it that way. It’s fun, beautifully designed and highly addictive once you get into it, with the very miniscule issue of the purchasing of micro-transactions to let lazy players speed up the process of getting their gear and levels, but if you try hard enough everything in the game can be obtained through hard work. It really pays off when you do it yourself and it’s a great feeling when you manage to get something either rare or extremely powerful.

Warframe: Free to Play on Steam.