Have you ever thought of the possibility of having weird gadgets in the future? Well, it seems that thought is gradually becoming a reality going by the things that have been unveiled at CES 2019 in Las Vegas. The annual consumer tech show is known for strange gadgets and funny inventions. Here are some of the oddest gadgets that came to this year’s CES 2019 and they’ll make you amused and amazed. 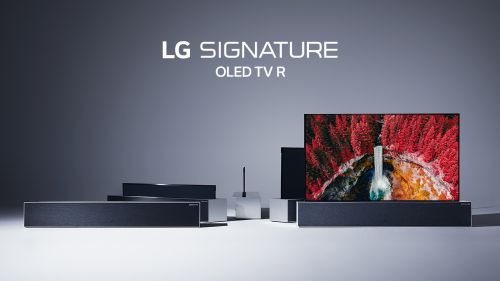 The CES 2019 saw the introduction of the new LG Signature Series OLED TV. You may want to sit back and find out why a television is in the list of odd gadgets.

This model is flexible and it comes with a rollable OLED panel unfolds at the touch of a button from a base which triples as a storage facility, unfolding mechanism, and a sound system all in one.

The TV can either stretch out to its full 65-inch form (Full View) or display just a small part of the screen (Line View). The Line View can be used for playing music, or using LG’s Mood mode which displays little visual effects to match nature-themed audio soundtracks.

The amazing feat is that the 65-inch OLED display appears to materialize out of nowhere. This puts it on the list of spectacular TVs we’ve seen as CES this year. 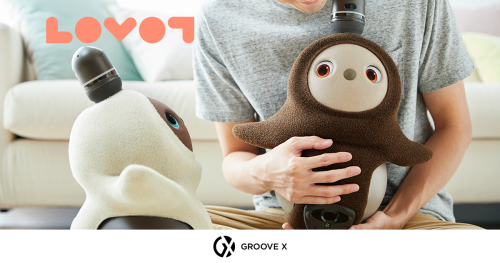 Lovot is the cuddly robot from Japanese startup Groove X. It’s life ambition is very simple – to make you happy.

It is designed to behave like a real living thing and “nurture people’s capacity to love”. It does this by demanding affection from its owner. Lovot has big cartoon eyes and teddy bear-soft exterior which can make a frozen heart melt.

Lovot waves it’s little arms in the air when it wants to be picked up and cuddled. If you give it a good cuddle, then it may fall asleep in your arms. However, because of the plenty innovative tech, it is quite expensive. 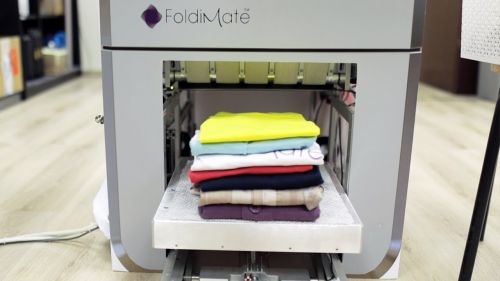 Household chores are boring. But the Foldimate laundry folded is changing the narrative by making laundry fun.

You only need to manually insert clothing into the Foldimate, and after a while, the machine spits it out, neatly folded and ready to put away. If the company’s estimates are to go buy, then the machine can finish a whole load of laundry in about five minutes.

The Foldimate is quite high priced and is to be launched later this year as only the prototype was shown at CES 2019. 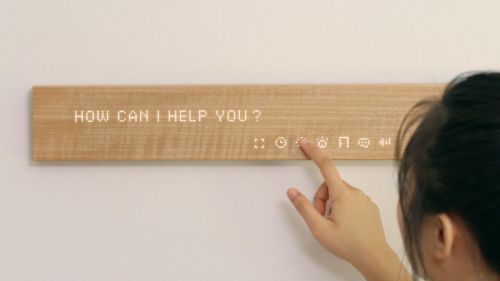 Another weird gadget that was present at CES 2019 was a plank of wood. It is shaped like a simple wooden plank and is called the Mui.

The Mui smart display houses a touch-sensitive interface in the surface of the wood which allows it to display visual data outputs and touch-control functions like a thermostat, clock, text-based messages or slogans, weather information, and even a way to access your voicemail.

The Mui smart display also comes with a Google Assistant built in, with an option of displaying the voice assistant’s responses in text or reading it aloud.

The Numi 2.0 Intelligent Toilet from Kohler talks. I wonder what it says. It has high quality speakers that let’s you converse with Amazon’s Alexa while you relieve yourself. You can also activate the heated seat, ‘a personal dryer’and even ambient lighting and music.