I don’t have many pet peeves, but just like any other person on Earth, I have a couple. “What are they?” you may ask? In no specific order, they’re

I know, that last one seems less severe than the other ones, but I spent my time at college surrounded by people who, while taught better, believed that malware was a separate category from other forms of dangerous software.

While it’s acceptable to use “malware” as a term to describe any dangerous software, it’s important to understand what actually counts as malware, which is any malicious software, hence the name “malware”. If not for yourself, do it for the poor souls on tech support who count on you being specific as possible when describing your problem about your VPN server being corrupted. 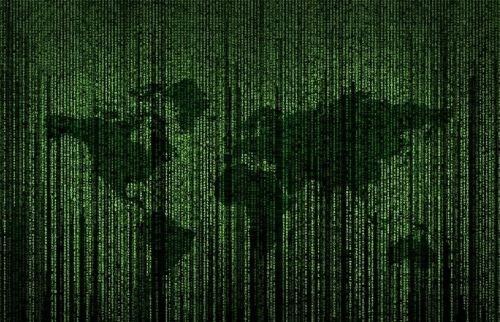 Yes, antivirus scanners and antimalware scanners are different products, however viruses are forms of malware. I know, it’s strange. Just remember, while Malwarebytes won’t protect you from viruses, Windows Defender will.

A virus is software designed to replicate itself on the victim’s computer, spreading from file to file and sometimes other devices. However, once the software spreads through a network, it is no longer considered a virus; at that point, it becomes a brand new form of malware: a worm.

Worms work in the same way viruses do, except they are not limited by the host. Without any action taken by the user, the worm can spread itself on any device on the network. Worms were especially rampant in the early days of Windows, most notable the beginning of the 2000’s, since it was easy to spread them through email in the form of attachments.

If you need help, just remember that a virus is limited by it’s host machine while a worm is able to spread without help from the user.

I despise adware. When I was 14, my laptop came down with a bad case of adware, which caused a new window to pop up every 3-5 clicks, taking me to a scam site. At first, my prepubescent laziness kept me from doing anything about it, but later down the line decided to download Malwarebytes.

One Malwarebytes scan resulted in over 100 forms of adware being found on my computer. No wonder the laptop ran as slow as a snail with a broken shell.

Adware is exactly what it sounds like: software designed to infect your device with advertisements, usually a scam advertisement. It’s easy to get, so if you notice random windows popping up, best to perform a malware scan.

Similar to the Trojan horse, trojan malware hides in an application or file, waiting for the soon-to-be victim to click on it and run the malware. Once it’s been opened, the trojan will do whatever it was designed to do, whether that means corrupting your hard drive or simply annoying you.

This may sound similar to the other forms of malware on this list, but what differentiates it from a worm or virus is that a trojan must be activated. A worm or virus will spread without human activity, whereas a trojan can only spread through error on the victim’s part.

Finally, we have spyware. With spyware, your computer is not at risk of being corrupted or damaged in anyway. No, instead of that, spyware is designed to damage your identity. What do I mean by that?

If spyware makes its way on your computer, it will sit in the back, running quietly without giving you notice. As you log into your accounts or go through your files, it will continue sitting while collecting data. In extreme cases, spyware allows a hacker to view what you’re doing in real-time.

Spyware is possibly the most common form of malware today, and perhaps the most dangerous as well.