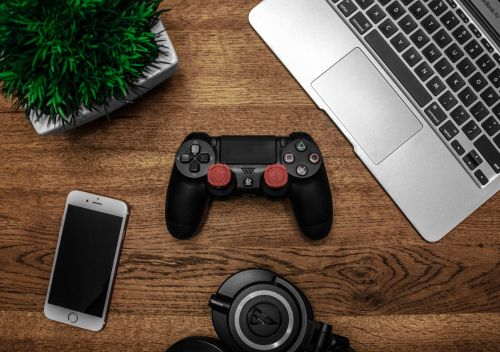 The gaming industry has expanded so much and onto so many platforms that the odds of getting the an incompatible gadget for your gaming platform is higher than ever.  Everything from USB headsets with various driver comparability to Bluetooth controllers, third party gaming accessories and more.  To optimize your gaming experience here are some things to be on the lookout for when you are purchasing gaming related gear.

Compatibility with Your Gaming Console

This may seem obvious right, if you are planning on gaming on an Xbox One you know that you need the product to be compatible with the Xbox One.  However some gadgets like controllers have mixed compatibility depending on what you are using it for.  Example, some Gaming Headsets will offer you surround sound when using them with the PC (because they have drivers) but are stereo only if you use them with the PS4.  The same can be true with USB devices where the drivers or controller may only give you the full feature set on PC and not on the PS4.  Remember to check the fine print, compatibility could mean only the basics.

Compatibility and Cross Play for Gaming

Some games are still exclusives or specific consoles get first dibs and time period exclusiveness.  The kind of games you play also vastly affects the choice of your platform. You want to play God of War, you are out of luck if you had a PC or Xbox One you needed a PlayStation 4.  You want to play Sea of Thieves with your friends, you better have a PC or Xbox One…etc.  Generally you will have cross-play far more often with Xbox and PC than with PS4 and other platforms.  The PS4 and PC have some cross-play but virtually no games except a handful have cross-play between PS4 and Xbox One.  Whether you are hardcore gamer, who enjoys all genres or games or someone who is interested in playing online mini games or casino games like the ones at Cherry Casino, you want to make sure that the platform for gaming is the same as the people you want to play with.

Compatible TV or Monitor and 4K?

PC and Xbox One have higher resolution and true 4K, PS4 Pro has sort of 4K but not as high resolution capable or as much power as the Xbox One X or a good gaming PC.  Also if you are using a PC you have refresh rate measured in Hz and framerate.  60 frames per seconds is your standard 60hz monitor, but if you really want to see the smooth framerate of 100+ frames per second you need a monitor with 120+hz or higher or it can’t refresh the monitor as quickly as the game can render the frames.  HDR, G-Sync, FreeSync are all technologies to improve your gaming experience and your console/platform and your TV need to match and support each others settings properly.

Storage and motion gaming are another set of features that you should look for while buying a gaming console. A gaming console generally comes with some amount of storage space, which ranges from 4 GB to 500 GB. You can choose your console according to your needs and requirements. If you store games on discs rather than on your console, you can go for one with a lower storage space.  Trust me, less than 1TB is not enough for any current generation console where the average game is over 50GB in size with patches, updates and DLC being downloaded.

Motion gaming is another significant feature to look for in a console nowadays. Some consoles are compatible with cameras that detect your body movement, while other depend on an extra controller to be detected by the camera. Although most consoles these days come with motion gaming feature but some need additional accessories to support motion gaming.  PSVR is the best low budget VR experience that you can have at a fraction of the cost of the higher end Oculus Rift and HTC Vive VR experiences, sure it’s lower resolution but there are a lot of PSVR games the platform is thriving and doesn’t feel like a novelty anymore.

If you are going to indulge in online gameplay, you need to see that you have the accessories necessary for streaming online like a recording camera etc. Also if you are looking for a console, make sure that it offers a online streaming service and lets you share your gameplay.  Example, the Nintendo Switch cannot live stream games natively at all, you need a separate external PVR recorder like the AverMedia Live Gamer Portable in order to record or stream Nintendo Switch gameplay.

There are so many more options for gaming now than there ever were before, but with more options and choices comes having to do a little more research to make sure everything is compatible and you are getting the gaming experience you really are looking for.