Six titles later the Assassin’s Creed franchise is going strong, even boasting a movie that is set to be released in 2015. Being released this year is the latest addition, Assassin’s Creed IV: Black Flag. The game will be available in the UK on November 1st, 2013. 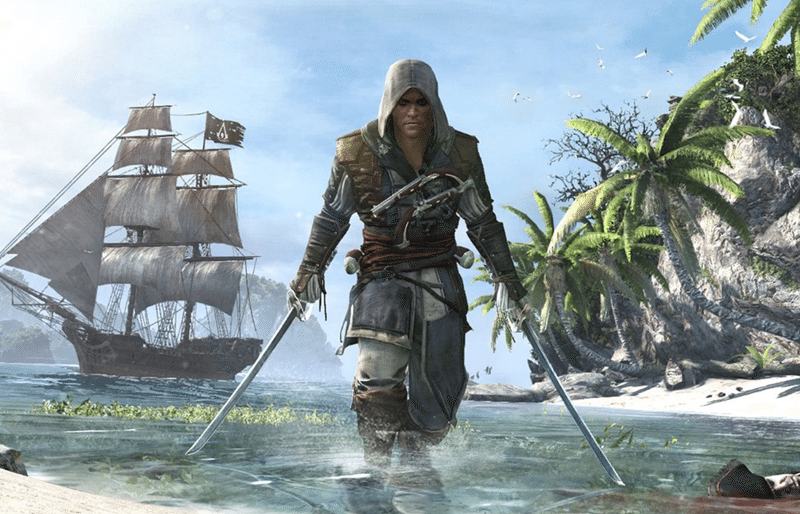 Throughout the game’s series, we have jumped around through history. This title is a sequel to last year’s Assassin’s Creed III and a continuation on the rebellion storyline. Black Flag is set in the age of pirates. Three cities are featured in the game; Cities Kingston, Nassau, and Havana all historical known areas for pirate activity. In addition to these main cities, there are a total of 50 locations to explore. Like other titles in the series, Ubisoft remains committed to historical accuracy. Gamers will recognize real world characters such as Blackbeard for example.

The protagonist of Black Flag is Edward Kenway, who is grandfather to Connor from Assassin’s Creed III. He is described as a “privateer, assassin and occasional pirate.” His greatest relationship in the game is his ship, the Jackdaw. This military clipper is ready for naval combat and sea travel. Its weapons and abilities can be upgraded throughout the game, making it more effective. The ship must also be repaired when it takes damage. The Jackdaw is so dynamic that it is referred to as the second character of the game.

Gamers will notice the enhanced shooting controls that give the ability to shoot while running. There is also underwater combat enabled which comes in handy when encountering dangerous sea inhabitants such as sharks.

It wouldn’t be a pirate world without naval combat. Black Flag’s sea activities are greatly enhanced from the previous title and include a progression system. Mastering sea travel and combat is essential since the missions are split 60% land and 40% sea. Traveling from one area to another by ship also provides a chance to engage in other activities. In this way it is more like land travel, a way to explore the universe in a more open world feel. Crews are also used and must be managed in order to be successful.

To survive the beautiful yet cruel islands during pirate time, Edward will also need to feed himself. Hunting is back for Black Flag with game such as crocodiles, tapirs, and ocelots. Adding to the realism of the game is the populated seas. Not only are there sharks to worry about while swimming, whales can be harpooned right from the ship. 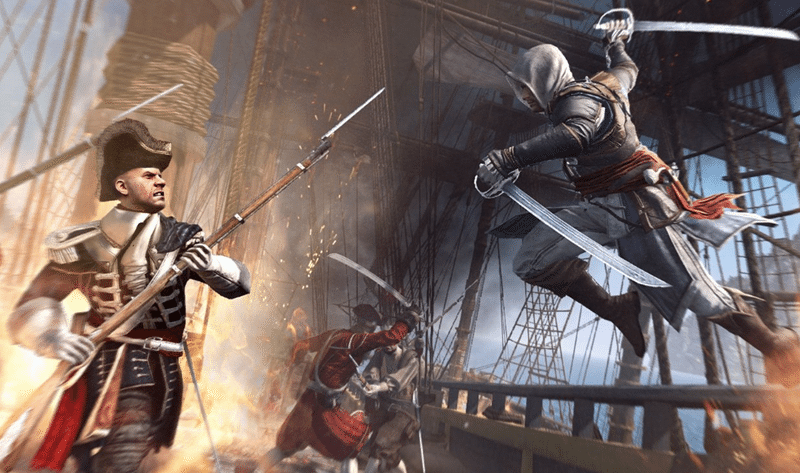 Returning for combat use is the series trademark hidden blade. Flintlock pistols are also useable and are able to be equipped so that Edward can carry four weapons for multiple shots. One of the greatest tools in the game is the Spyglass. This can be used to detect a viable piece of land for hunting game or inspect a ship. Looking at a ship from afar provides enough information to decide if an attack or boarding is in order.

Assassin’s Creed IV: Black Flag is confirmed for release on PS3, Xbox 360, Wii U and PC. A version for the PS4 is being developed but has no announced date for release.

This was a guest post on behalf of SweetBuzzards.com Uk online video game store which will stock the latest Assassins Creed game.